Can China successfully slow down? 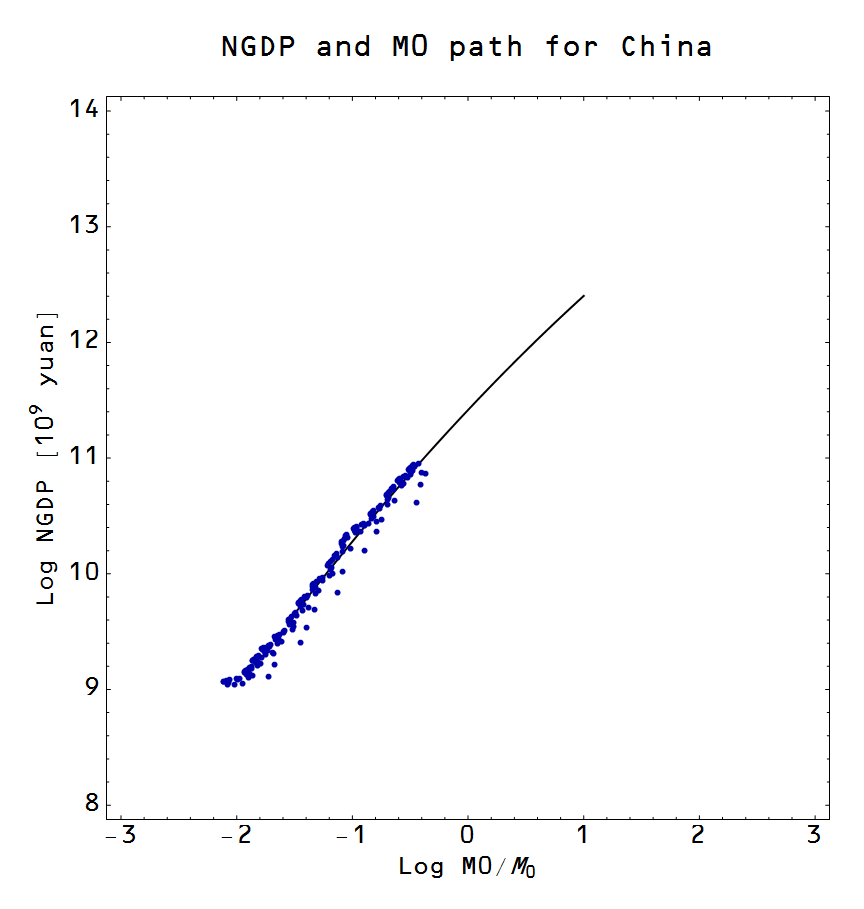 I was asked a couple months ago whether China's growth was sustainable, and the answer was basically yes over the next several years:


The data is very noisy, but a long run average of 8% RGDP growth seemed to fit the general trend.


This is also consistent with China's official target of 7.5% (at least given the noisy data). I learned that fact alongside the fact that China is deliberately trying to slow growth from this article by Ken Rogoff:


Rogoff says that Greenspan was able to accomplish this, but in the information transfer model, the economy was basically on a falling inflation path all along. Kind of like giving someone credit for the sun rising in the morning. (Does that mean Greenspan was basically like the god-kings of old, given credit for good harvests and the flooding of the Nile?)


Can China push itself off of the NGDP-M0 path (in the graph above)? I don't know, but it will be interesting to find out.