This is a fiscal follow-up to my monetary expansion post. What does a one-time fiscal expansion do to interest rates, inflation, etc? 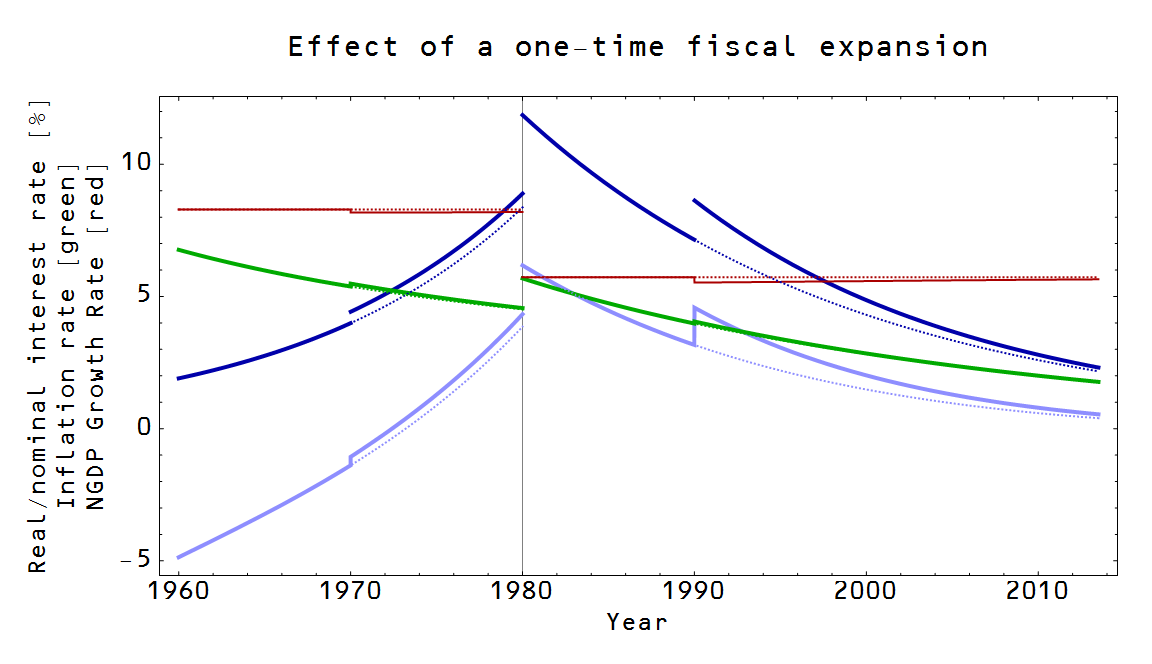 Well, if there isn't a negative NGDP shock that it is compensating for, it basically does what economists say it does: it raises interest rates (dark blue curve). It increases NGDP at the expense of reducing NGDP growth. There is a weak impact on inflation (green curve), raising it only a little. What if it is offset by a simultaneous comparably-sized monetary contraction? This is where it gets interesting. If the monetary base is small relative to NGDP (we are in a low information transfer index environment and the quantity theory of money is a good approximation ... i.e. Robert Barro's "regular economics**"), then it almost completely offsets the impact on interest rates (dark blue). In a world with a large MB relative to NGDP (where the IS/LM model is a better approximation, i.e. "irregular economics**"), the offsetting effect of the monetary expansion is reduced. 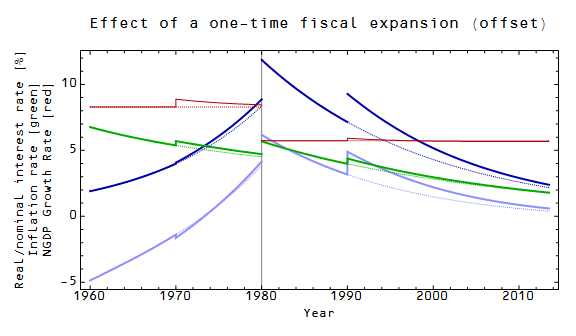 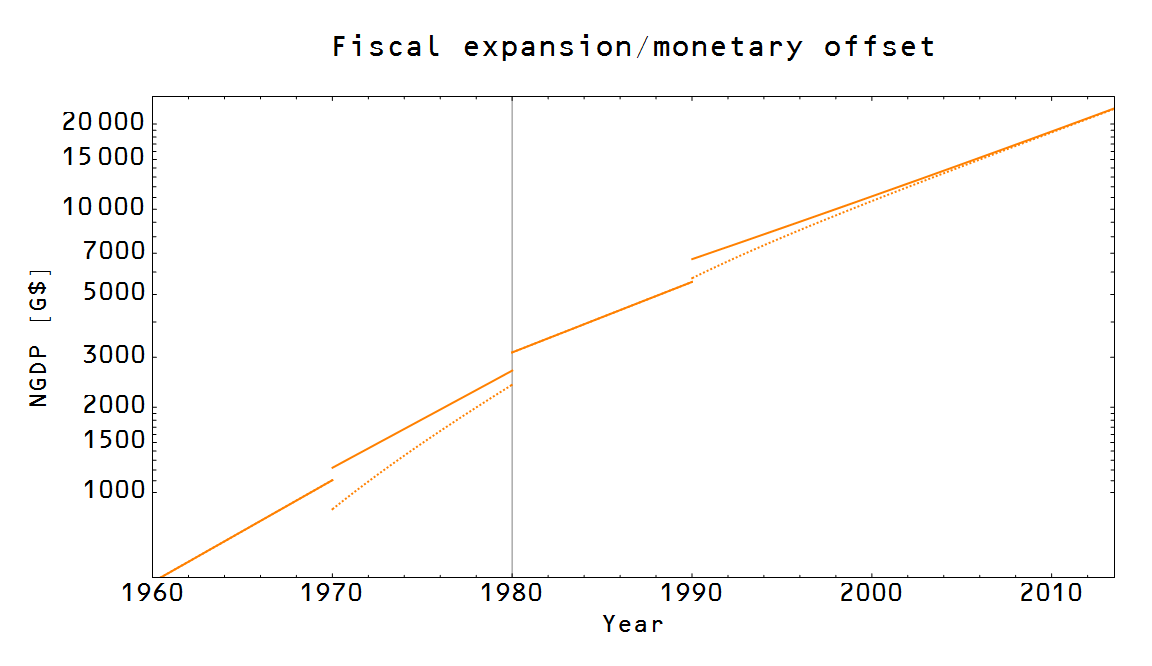 It is interesting to note that the idea of monetary offset comes from a time when the quantity theory of money was a good approximation.

** What is that sarcasm mark again?
Posted by Jason Smith at 6:04 PM