The unemployment rate came in unchanged for October at 3.7%, which is still like 0.1 percentage points below the forecast — but it's a forecast from January 2017, so not bad for almost two years. 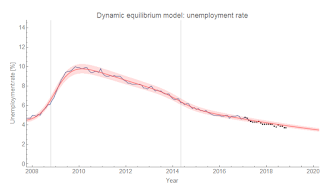 It looks even better compared to the competition. The FOMC and FRBSF forecasts of the same vintage definitely didn't capture the decline, with the latter being off by about a full percentage point (click to enlarge):


I also put together some new (fair) comparisons with projections from the CBO, FRBSF, and FOMC starting in 2018. Note that I actually expect the path of unemployment to follow something like one of the "recession" curves in the CBO forecast graph because of what look like leading signs of a recession in the JOLTS data (which lead unemployment by several months). In the meantime, all we can do is project what the model shows and wait for the signal to appear in unemployment data [1]. 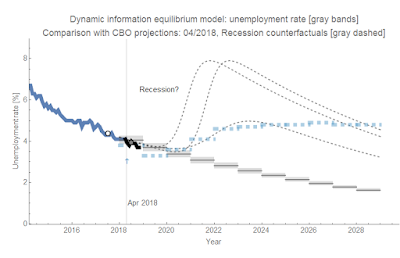 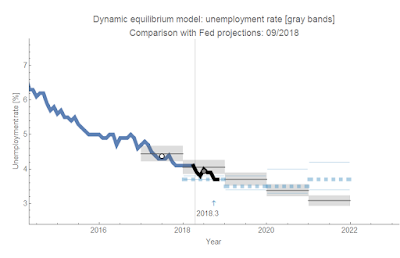 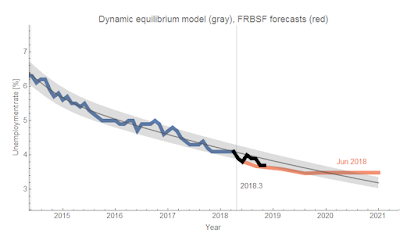 [1] See this post — here's an example for the previous recession and 2014 positive shock: