Data for the median sales price (MSP) of new houses was released this past week on FRED, and the data is showing a distinct correlated negative deviation which is generally evidence that a non-equilibrium shock is underway in the dynamic information equilibrium model (DIEM). 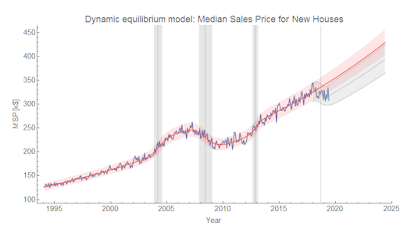 I added a counterfactual shock (in gray). This early on, there is a tendency for the parameter fit to underestimate the size of the shock (for an explicit example, see this version for the unemployment rate in the Great Recession). The model overall shows the housing bubble alongside the two shocks (one negative and one positive) to the level paralleling the ones seen in the Case Shiller index and housing starts. 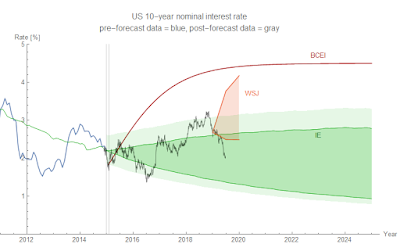 I show the Blue Chip Economic Indicators forecast from 2015 as well as a recent forecast from the Wall Street Journal (click to embiggen): 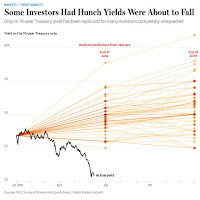 And here's the median (~ principal component) interest rate spread we've been tracking for the past year (almost exactly — June 25, 2018): 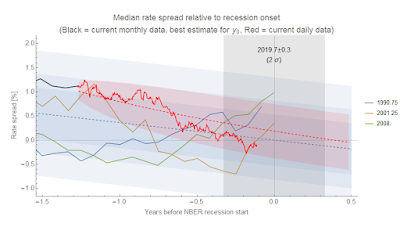