Currently reading through Simon Wren-Lewis's post on microfoundations and the Phillips curve. I'm going to have an empirical look at this quote:

Now I don't think very highly of expectations as a long run driver of macro variables (or even microfoundations). In the short run, any influence of expectations is likely to reduce information flow because: 1) who knows anything about the future, 2) the EMH and 3) in financial markets any sort of stock picking behavior tends to under-perform the market. (I guess all three of those are related.) 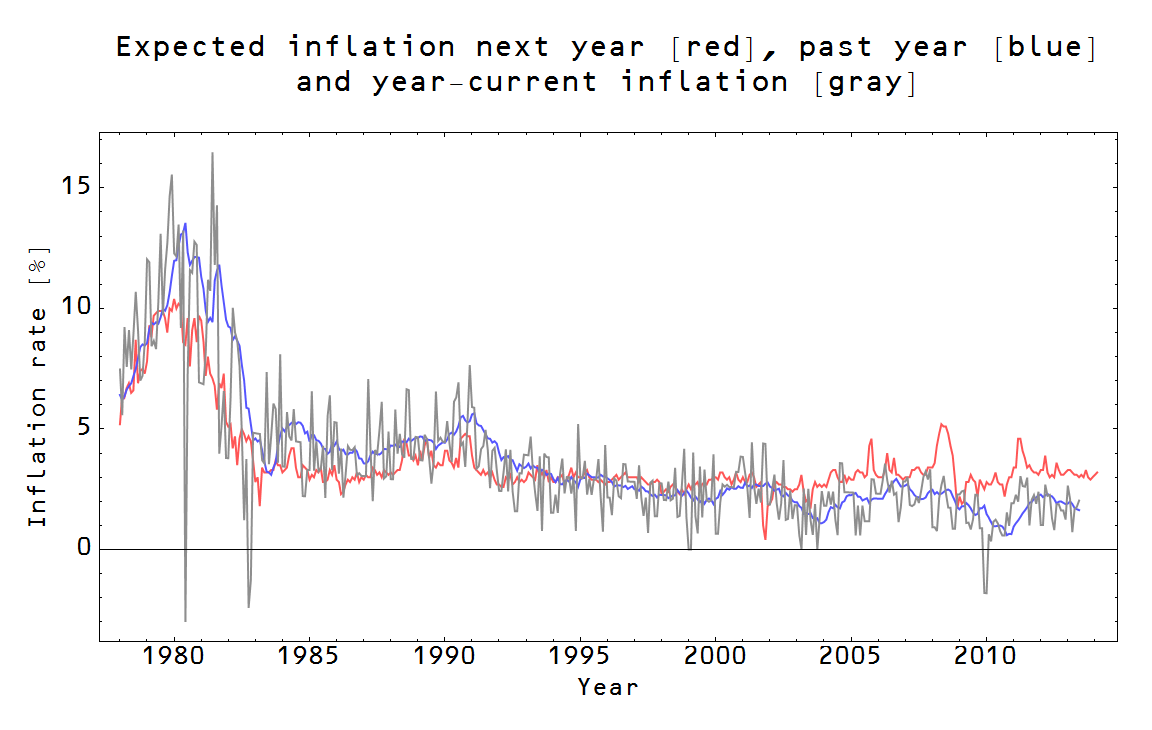 So let's check out a simple model where instantaneous inflation (current period) is the average of expected inflation and past inflation (prior period). The result is in purple in the next graph: 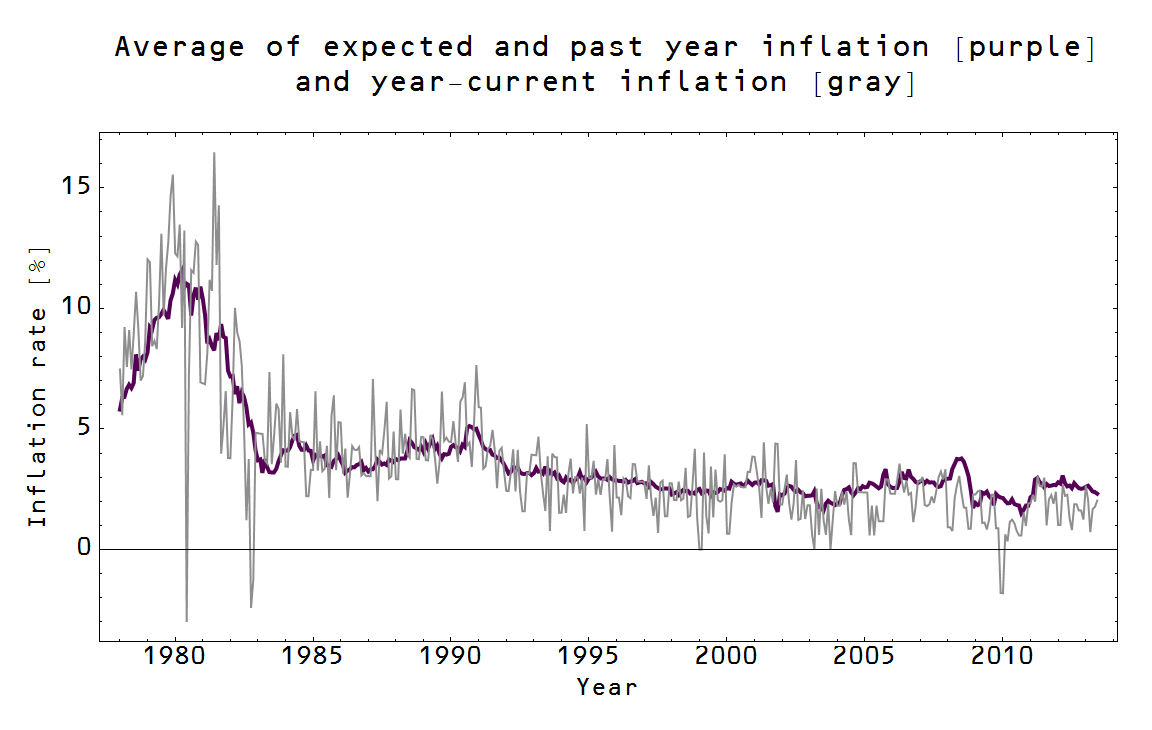 How does this model compare with the simple martingale of using only the prior period inflation? It actually makes it a bit worse. In the graph below, you can see the model error for the martingale (MTG) in blue and the averaging model (AVG) in purple, the latter has a slight linear trend, being low in the 1980s and high in the 2000s (i.e. the trend is non stationary/has a unit root): 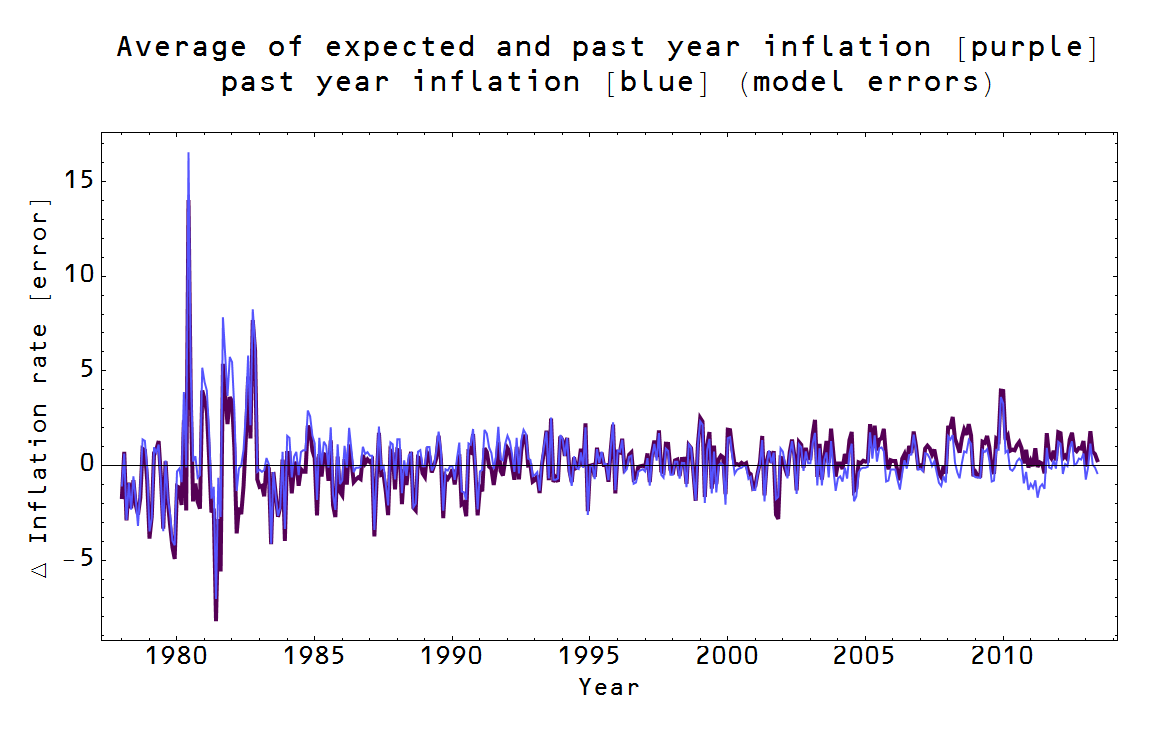 In the next graph, I show the error histograms for AVG (purple), MTG (blue) and expectations-only (EXP, red). The positive skew of the averaging model derives almost entirely from the expectations -- therefore any more complicated linear combination of the averaging model, say of the form (1-λ) MTG + λ EXP with 0 ≤ λ ≤ 1, will also have a larger positive skew than MTG by itself. 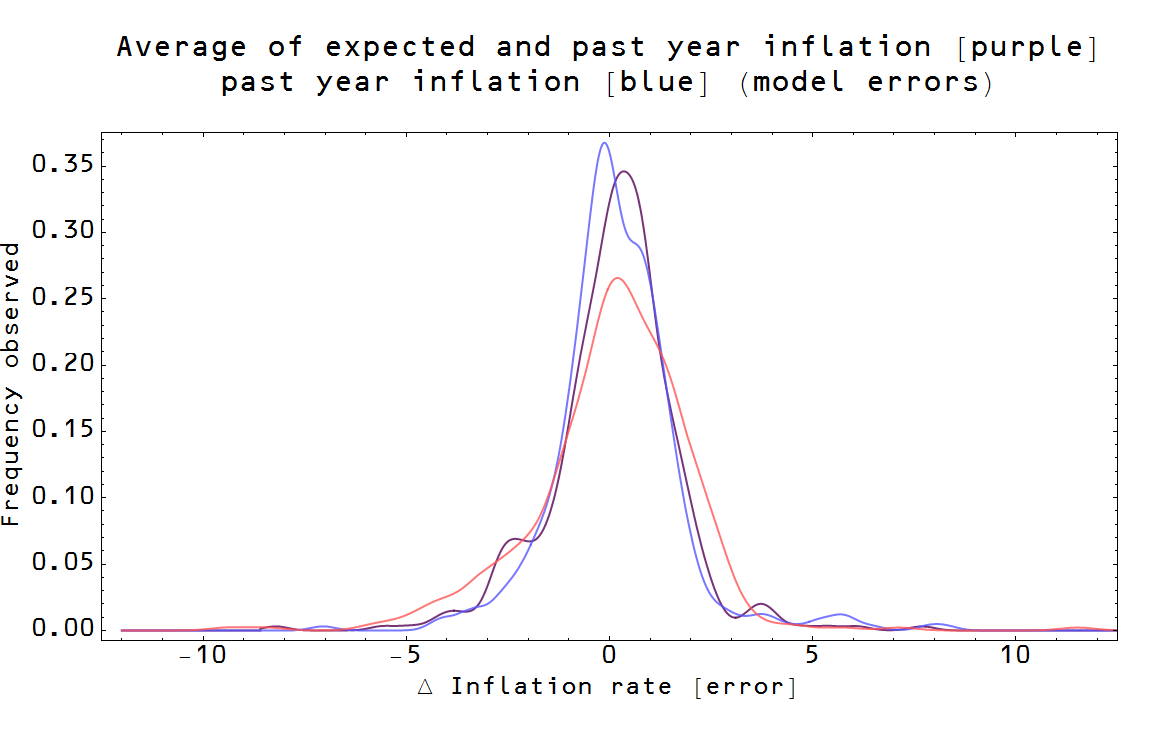 Overall, inflation expectations are biased toward more inflation than appears and actually throw off the simple prior period inflation heuristic (which itself is slightly slightly biased towards higher inflation than occurs). There are two scenarios (at least) that could account for this:
Posted by Jason Smith at 4:36 PM