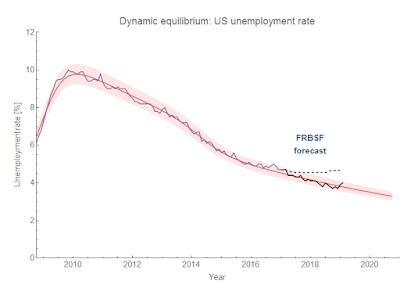 The most recent data shows a relatively flat unemployment rate for the past few months, much like in 2016. Basically, the FOMC has some model like the FRBSF model in its collective head of a constant equilibrium unemployment rate. And it's precisely that model which led the FRBSF forecast astray.
Posted by Jason Smith at 10:29 AM