I'm going to take off my information transfer economics hat and put on my scientist lab coat for this post. I'm going to put forward the idea that the quantitative easing (QE) undertaken by the Federal Reserve was in fact the cleanest macroeconomic experiment ever conducted.


We have a variable that changes decisively by orders of magnitude at a specific time -- and where we know to a high degree of accuracy the counterfactual path of that variable. This variable is the central bank reserves. In the following graph we have the full monetary base (which includes reserves, we'll call MB, blue) and the currency component of the monetary base (which doesn't include reserves, M0, red): 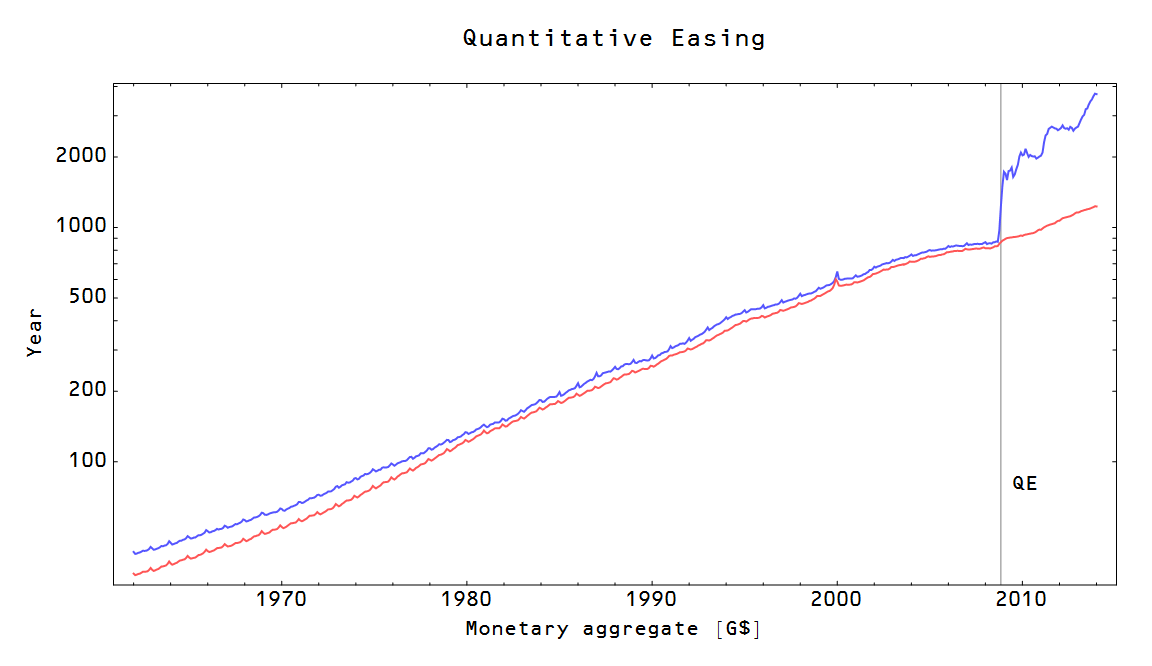 The onset of QE 1 (the first round of QE) happens in November 2008; if we were in grade school science class, that's the moment we connected the battery to the light bulb.

What do we observe? 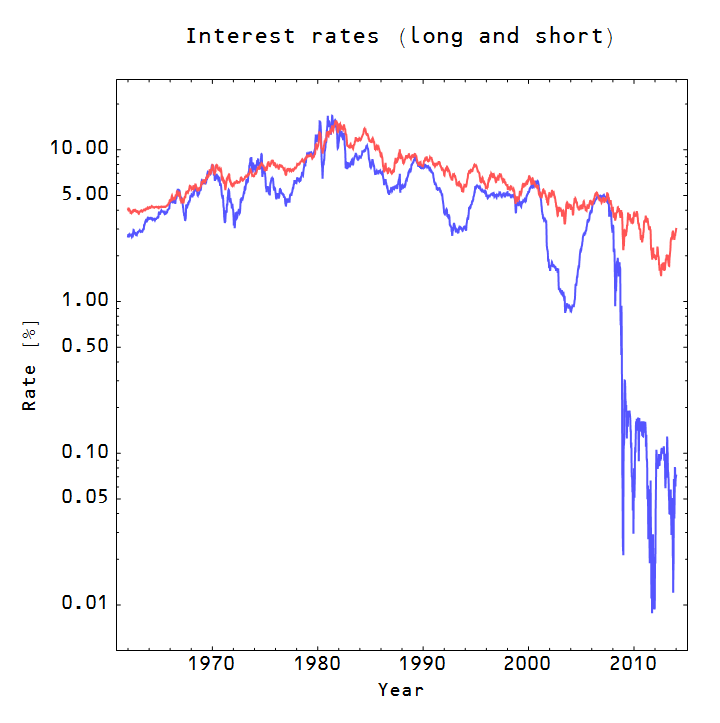 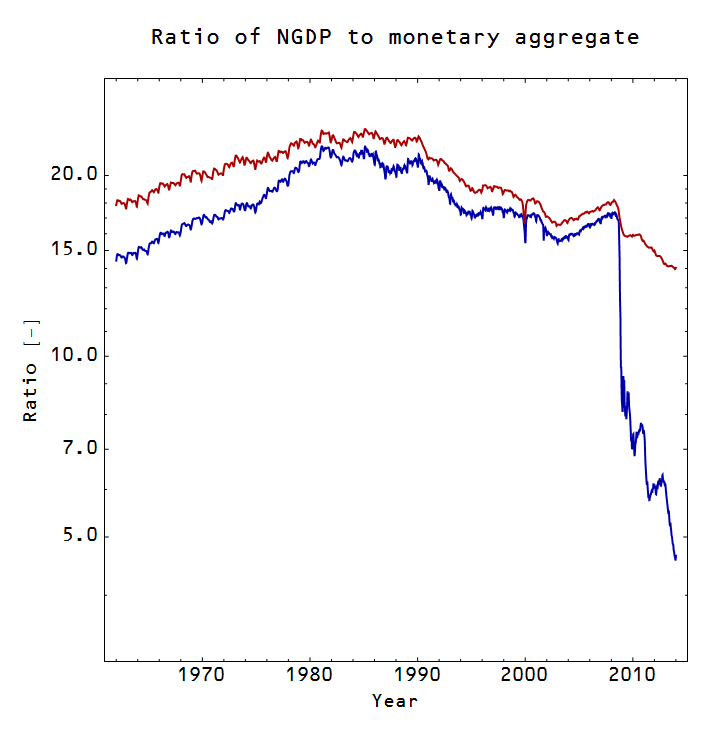 Before QE, NGDP/MB, NGDP/M0, RL and RS were all highly correlated. Before QE, it was actually impossible to figure out if any of these variables had anything to do with each other, or if it was just spurious correlation. QE starts and RS falls precipitously. We put the battery leads on the terminals and the blue light lit up.


This happens in several countries by the way (just search on interest rates in the search box on this blog). The experiment was reproducible. I do want to note that Nick Rowe comes close to this measure in this post, except he used M2 instead of M0 or MB.

What else do we observe?


Well, economists have noted for a long time that the price level P and the money supply seem to be correlated, especially during periods of high inflation. Let's plot the Pearson's correlation coefficient of MB (blue) and M0 (red) with P (as well as the correlation of MB and M0, green): 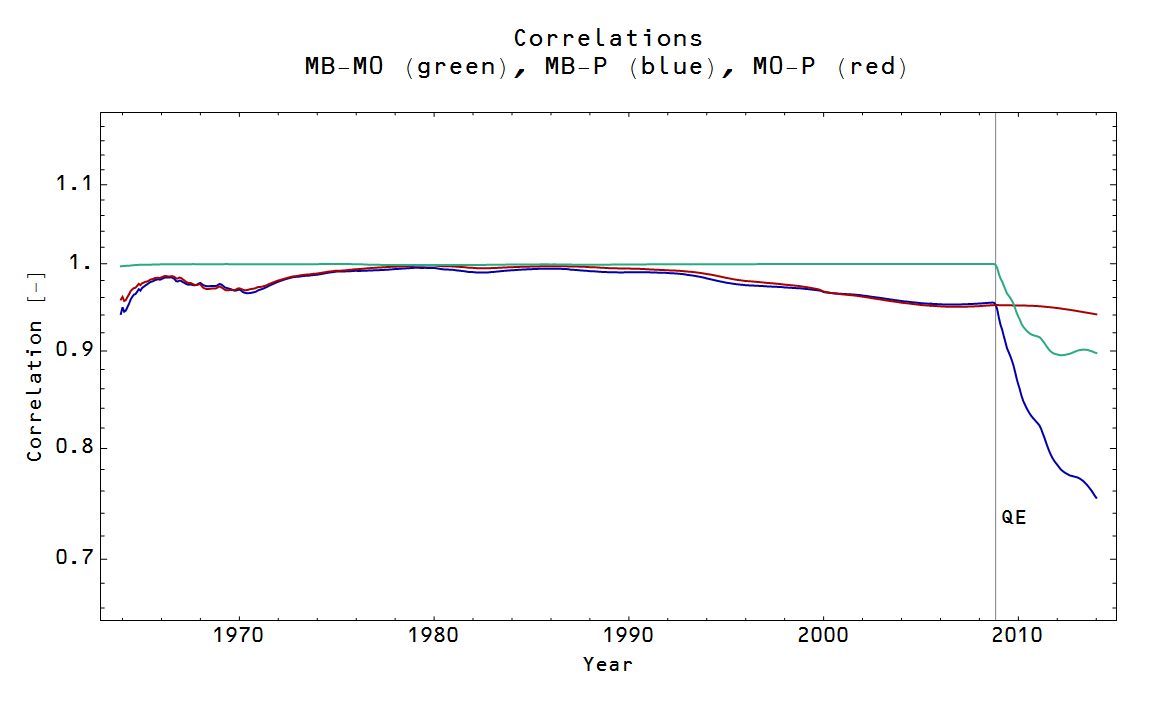 Before QE, all of these are fairly highly correlated -- actually MB and M0 are almost perfectly correlated. This really doesn't tell us very much. NGDP is also highly correlated with the price level. So is population, and in fact any exponentially growing variable.


Now there are two arguments out there against this. The first is: the inflation data has been faked. Maybe it has, but realize that same data is the basis for believing the original correlation in the first place. The second is: the central bank reserves are expected to vanish. To me, this is a bit like saying the blue light didn't light because the light bulb expects the battery to be taken away. My counter-argument is Japan: 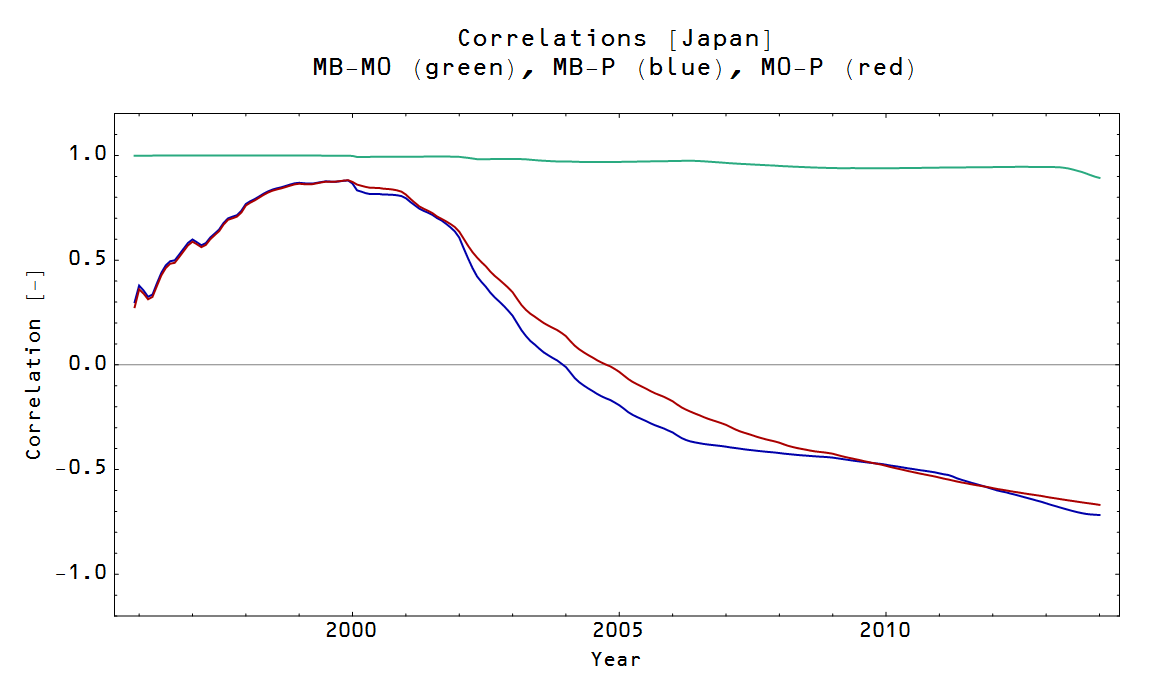 Both MB and M0 become uncorrelated with P (in fact, they become anti-correlated), so not only does Japan expect the reserves to be taken away, but, as time goes on, a greater and greater portion of the currency in circulation? For each Yen that is printed the market thinks the central bank will take not just that Yen out of circulation, but a second one as well? Additionally, MB and M0 never become uncorrelated with each other -- there never was any large (i.e. order of magnitude) changes in MB in Japan until very recently. There is really no evidence from Japan that MB and M0 are any different from each other -- at least in terms of the price level (MB still is directly related to short term interest rates in Japan like in the pictures above).

This remarkably clean experiment has taught us two things:

Anyone claiming otherwise is making a strongly counterintuitive claim that, given the uniformativeness of macroeconomic data in general, should be considered speculative at best.


[1] In physics, we like make dimensional analysis arguments (asking 'what else could it be?' about various combinations of scales like masses and lengths) -- if the interest rate with dimensions (units) of 1/year is related to the money supply M (with units of dollars) then it will have to coupled with something with the units of dollars/year -- NGDP fits the bill. Nominal wages and government spending also fit the bill -- however, each of these is highly correlated with NGDP.
Posted by Jason Smith at 1:55 PM