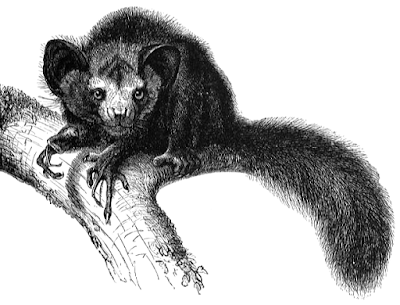 Sometimes calls for economics theories — fundamentally about social phenomena — to be more empirical are taken as calls to make economics more like physics and remove any messy human imprecision. This is not what I am talking about. Darwin's book [3] doesn't have math or numerical data for the most part, but still represents an empirical study conducted through observations. The theory not only presents and organizes the data, but explains many observed things — including things Darwin did not study himself. It also made concrete predictions (e.g. transitional forms). But describing how an aye-aye's middle finger elongated to help get grubs out of wood is not going to be "precise" in the physics sense where you'd be able to put the model in a computer and "predict" the finger based on a set of inputs.

I am not so pessimistic to think that it is impossible to toss a bunch of observations of interest rates and prices into a computer and accurately forecast future GDP, but I am open to the possibility that a successful economic theory may well be more narrative — like Darwin's book.

Without those explanations of observations, a purported new approach to economics is just an assertion, an untested hypothesis. That [insert new approach to economics] was studied in (usually) the author's own field [4] is not in any way a valid test of its applicability to economics. Quantum mechanics works on electrons, therefore it should work for human brains. Um, really? Evolution works as a theory of how living organisms change over time, therefore it will work for macroeconomies. Okay ... want to show me some macro data it explains?

The econoblogosphere is full of this stuff, and I'm sure it's fun to talk about for some of you. Talking philosophy in a bar can be amusing. Story-boarding is much easier than actually making a movie. It all reminds me of the meetings I've gone into at my real job where the agenda is to find a solution to a specific problem, but everyone in the room just wants to talk about the approach or other generalities. When I was younger, I used to think this was because the people didn't know what they were talking about and they were afraid if they made any concrete statements we'd find out. I'm now a bit more laid back, but I still roll my eyes. I'm interested in trying to figure things out. That's why I became a scientist.

That's also why my blog, papers, and presentations have been focused on explaining empirical data. The econoblogosphere doesn't need yet another white male spewing hot air  about "money" or saying "economists should try" [insert new approach to economics] because of analogies or "logic". Economists should try information theory because it provides a pretty accurate model of several labor force measures.

If you think your pet theory [insert new approach to economics] is so cool, do some actual work [5] and show how it improves our understanding of micro- or macro-economic phenomena we observe. Rational agents and methodological individualism may be flawed constructs, but they've almost certainly produced results that have been compared to more empirical economic data than your precious [insert new approach to economics].


[1] I understand this last phrase is redundant; it's written for emphasis.

[2] Actually, the worst offenders are the people that claim their model explains empirical data when it doesn't.

[3] I am not saying Darwin was the complete and last word on evolution — much research has been done since then. I am using it as a common example where the empirical "data" isn't numeric as a way of saying both "physics isn't the only good science example" as well as "social sciences can be empirical without numbers".

[5] I wanted to add "you lazy feckless windbag" here, and really just a lot of invective almost everywhere. You're not helping, and you're just feeding an "evidence-free" approach to macroeconomic policy (because that's what your half-baked ideas about how economies work become).
Posted by Jason Smith at 5:00 PM