The lucky streak of Bill Gross

Bill Gross is in this news with his sudden departure from PIMCO and move to Janus. Everyone is saying what a great bond investor he is. I tend to subscribe to the theory that if you have millions of people investing in something, some small number will be 6 sigma or more away by random chance. The other key is to get in on a trend at the right time: 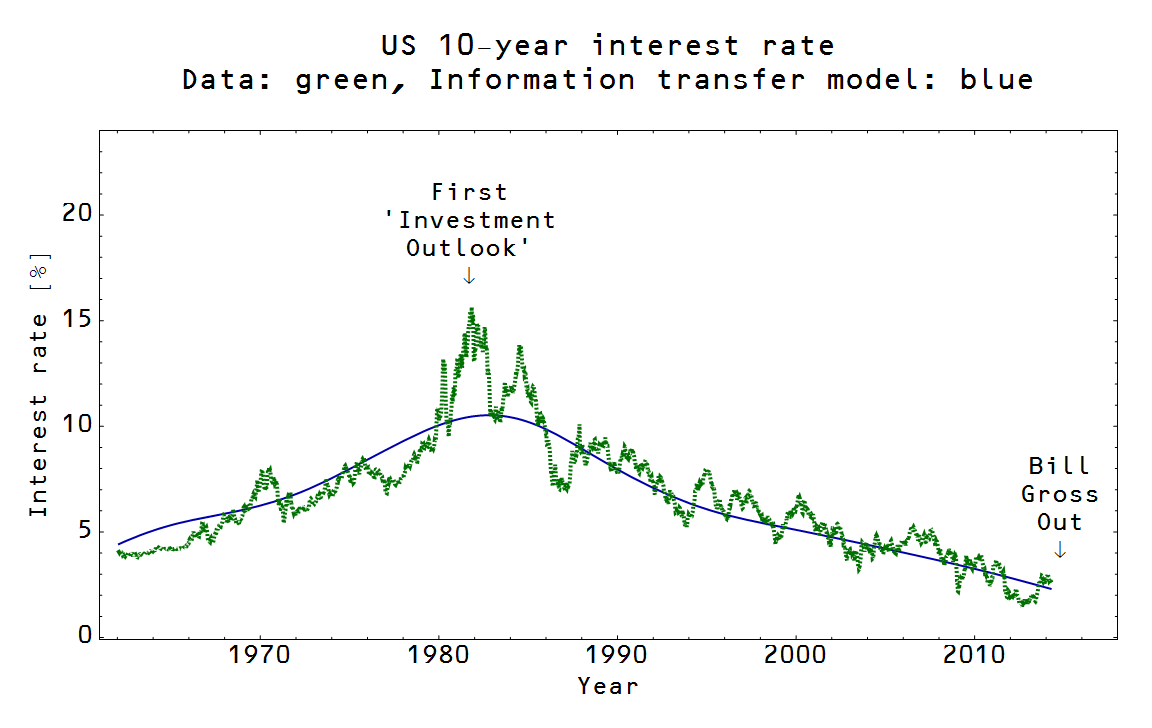 This trend might even have been a predictable outcome of the information transfer model from the 1970s since the key pieces of knowledge are a generally growing economy and a falling trend in inflation.


Now there is something to be said of not messing everything up before your 70s. It's one of those "let go of the control column and let the plane level itself" situations in the cockpits of modern passenger aircraft.
Posted by Jason Smith at 10:59 AM