I haven't updated the head-to-head with the NY Fed DSGE model -- by that I mean the 2014 vintage of that model. The model and the forecast has been changed several times since 2014, including in May of this year a month after the last update from me. The model now only projects a year ahead (as opposed to the nearly 4 years of the original vintage 2014 model). 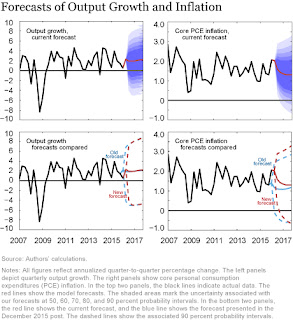 And the saddest part? The original 2014 vintage of the model is doing an amazing job! The core PCE inflation data has been heavily revised [1] and what previously looked like a blow out for the IE model has turned into a slight advantage for the vintage 2014 DSGE model. 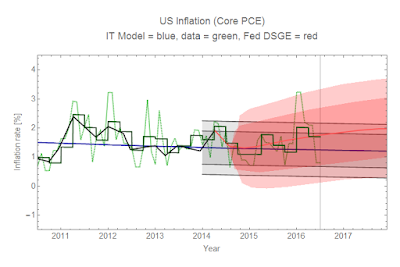 Still, we'll probably have to wait until the beginning of 2017 to know which model is better. This is consistent with the expected performance of the IE model: observation times shorter than a few years are dominated by irreducible measurement error.

Is the NY Fed DSGE model following a ringing oscillation from the financial crisis? 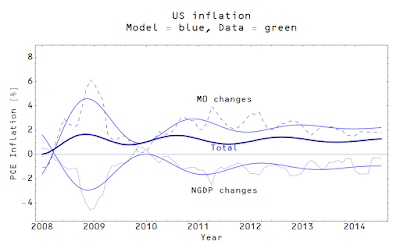 [1] These revisions have been almost enough to make me reconsider rejecting this lag model.
Posted by Jason Smith at 5:00 PM