A random physicist takes on economics: the first draft 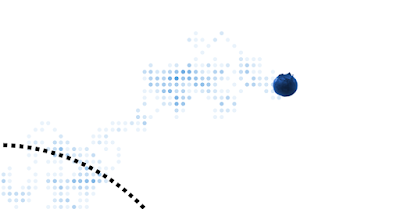 The first draft of my e-book is at least in a state where it starts to read like a book. It's currently at about 24,000 words -- right in the middle of my target range for a Kindle Single. I am grateful to Brennan Peterson (twitter) for agreeing to take a critical look at it.

Update 6 September 2016: Thanks to Cameron Murray for agreeing to take a critical look as well!

A random physicist takes on economics

And speaking of critiques, here is the list of critiques from chapter 2 as a sample excerpt ...


So what is my critique?

I will question the use of math in economics. There are serious problems with the formalization and disconnection from physical reality to such a degree that I am not convinced economists think the math they use is supposed to have a connection to physical reality.

I will question the role of human decisions in economics. I am asking economics to question a principle it has held onto for literally hundreds of years. The people involved in buying and selling may not be as important as the shape of the realm of possibilities of that buying and selling. Economic agents – firms, households, individuals – might just be a one way to explore that realm. However, a drop of cream in coffee also explores its realm of possibilities. If something in economics arises from simply the ability to explore the opportunity set, it becomes a fair question as to whether that result is due to the agents or the opportunity set.

I will question the role of expectations in economics. If you have ever read, listened to or watched business news, you will be familiar with market expectations. Company ABC's stock can tumble if their earnings don't meet “the Street's” expectations. In the hands of economists, these expectations become a way for changes in the future to impact the present and allow them to explain literally any possible result.

I will question the understanding of so-called sticky prices in economics. This may seem like a small technical issue, but in macroeconomics, one way to get monetary policy (the decisions of the Federal Reserve, or “the Fed”) to have any effect on the economy is through sticky (i.e. hard to budge, also called “rigid”) prices. Wages are frequently considered just another price (the price of labor). Therefore sticky prices are a linchpin for much of the modern macroeconomic framework – pull it out, and the edifice might come down. The problem is that individual prices do not appear to actually be sticky.

I will question how agents are combined into an economy. Economists have brushed aside a significant result in their field since the 1970s called the Sonnenschein-Mantel-Debreu (SMD) theorem. The work-around that there is just one person, one representative agent, cannot begin to capture major impacts of coordination among different agents or their differing forecasts of the future.

I will question the interpretation of the price mechanism. One modern view is that a price represents an aggregation of economic agents' knowledge about a subject. That is the key to prediction markets: they are an implementation of the idea that everyone has a little piece of information about the real state of the world, and if you make it possible to trade on that information, all the information becomes available to everybody through the price. You probably find it hard to believe you can gather up all the different kinds of knowledge about blueberry yields, rainfall, the number of farmers, their experience at blueberry farming, and so on, and represent it as a single number in a useful way. I do, too.

I will question the place economics has relative to the social sciences. From the previous questions, you can probably see a trend towards removing a lot of human agency from economics. After looking at this problem for several years, I find that most of the things that economics is successful at describing have little to do with human agency. And the things it is terrible at describing (there is no agreed on idea of what a recession is in economics) may be the result of our human qualities (a tendency to panic together) that have nothing to do with money. In that sense, economics may be simply the study of functioning markets, while the study of recessions and market failures may be the domain of psychology, sociology and neuroscience. In A Tract on Monetary Reform, John Maynard Keynes famously said:

Maybe that “too easy, too useless” task is all that the current approach to economics can tackle?
Posted by Jason Smith at 3:31 PM