Dynamic equilibrium in an agent based model?

A few months ago Ian Wright directed me to his Closed Social Architecture (CSA) agent-based model (ABM) based on random agent actions, and I attempted to describe it in terms of information equilibrium. I thought this might be an interesting test case for the dynamic unemployment equilibrium model.

So far, my initial poking around hasn't revealed anything conclusive. I thought I'd show you some graphs of the work in progress. The first graph is a fit to the ABM's unemployment rate u = U/(U + E) where U are the total number of unemployed and E are the total number of employed (so that U + E is the labor force). The second and third graphs are the information equilibrium relationships NGDP ⇄ P and NGDP ⇄ U that I found in the original link above (NGDP is total output and P is the profit level). 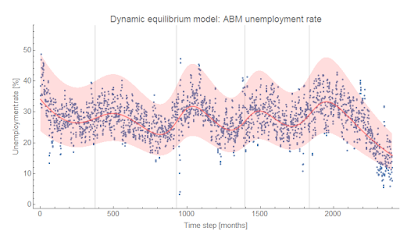 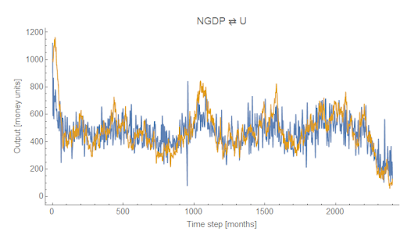 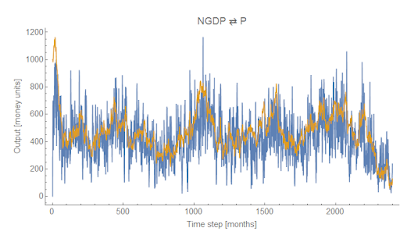