David Andolfatto has a post up about trends in employment. One of the things he notes is the "cyclic asymmetry" of the unemployment rate that is pretty well described by the dynamic equilibrium model [1] (also see the underlying matching model). The sequence of shocks leading to lower and lower male participation was also noted in [1]. However, David did put up some data about the fraction of "routine manual" labor that is also well described by the dynamic equilibrium model: 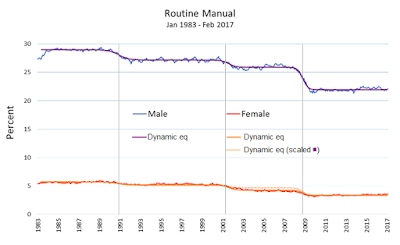 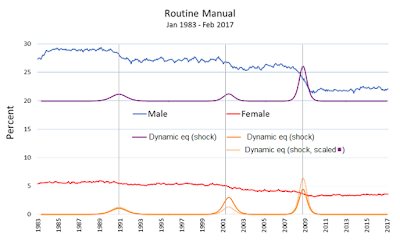 In the second graph, the equilibrium growth rate is (consistent with) zero however I translated and scaled the shocks to show them superimposed on the same graph. Some observations: 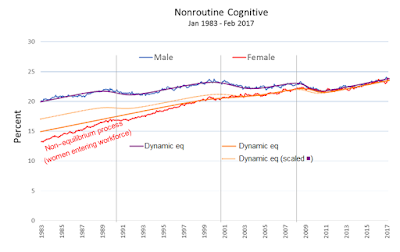