Much like how I approached job vacancies (and hires) using the dynamic equilibrium model, I thought I'd take a look at rental vacancies (where you could imagine a structurally similar relationship imagining rental vacancies as "unemployed" housing). It provides a decent description: 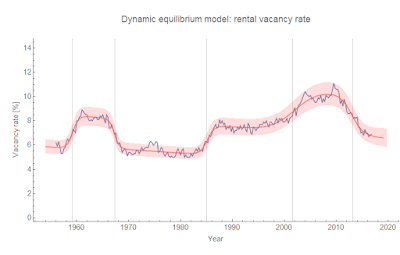 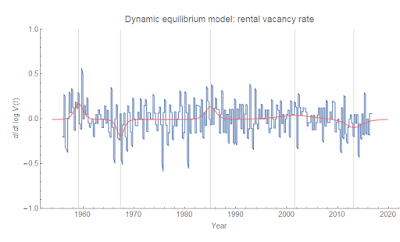 According to FRED's release calendar, new data comes out on Thursday, before 2017 Q1 GDP data on Friday. This model expects little change; we'll see if that bears out in the data over the next couple years.

Here's that data point ... not that one point tell us anything; I'll continue to follow this. 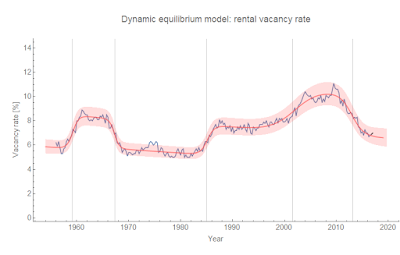 I for some reason rarely update this forecast (last time was almost 2 years ago), but here's the latest (with a zoom in, click to enlarge): 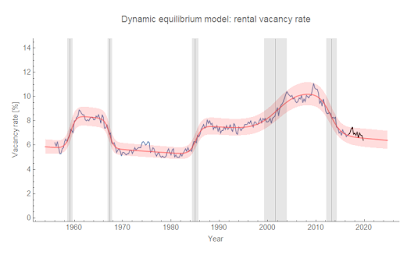 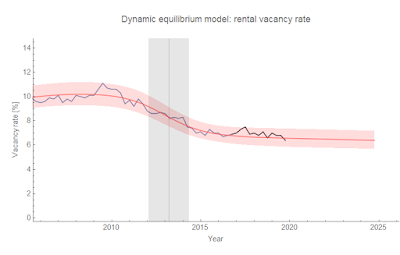