Given that I've made a couple of random comments in this direction, I thought I might try and figure out what "optimal" monetary policy should be. I'm continuing from these results; you can back up from there to figure out what I'm doing. I decided to graph the price surface vs a variable $\alpha = Q^s/Q^d$, i.e. the ratio of the monetary base to NGDP. Here is the price surface: 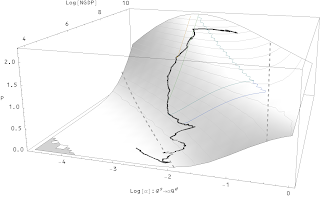 Now I have graphed a few lines on the surface ...
Some interesting points ...
Additionally, I graphed all of the above lines in the 2D $\alpha-NGDP$ plane as well as the $MB-NGDP$ plane for your viewing pleasure. 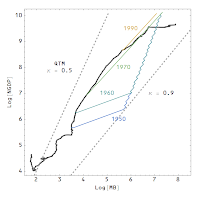 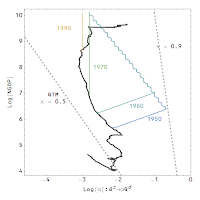