As promised, here is the version of the figure from the link with data from Japan. Following that diagram, the level curves of the interest rate surface (constant interest rate) are plotted in red and the information trap criterion is plotted as a dashed black curve. The modeled path of the Japanese economy in the space is plotted in dark blue with a few years indicated: 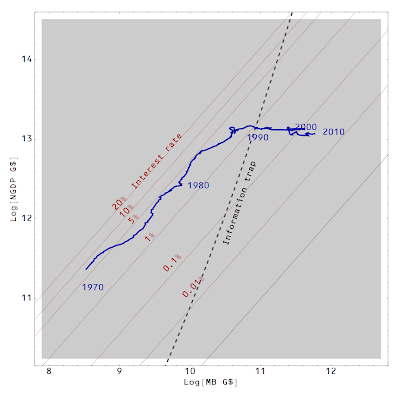