I recently said that Noah Smith (and Scott Sumner in a comment on his blog here) had been hasty in their declarations of victory over deflation in Japan. Noah credits both monetary and fiscal policy, while Sumner (naturally) credits just monetary policy.


Where does this put us with regards to "Abenomics"? I'll still say things are inconclusive. And I'll say it with a graph: 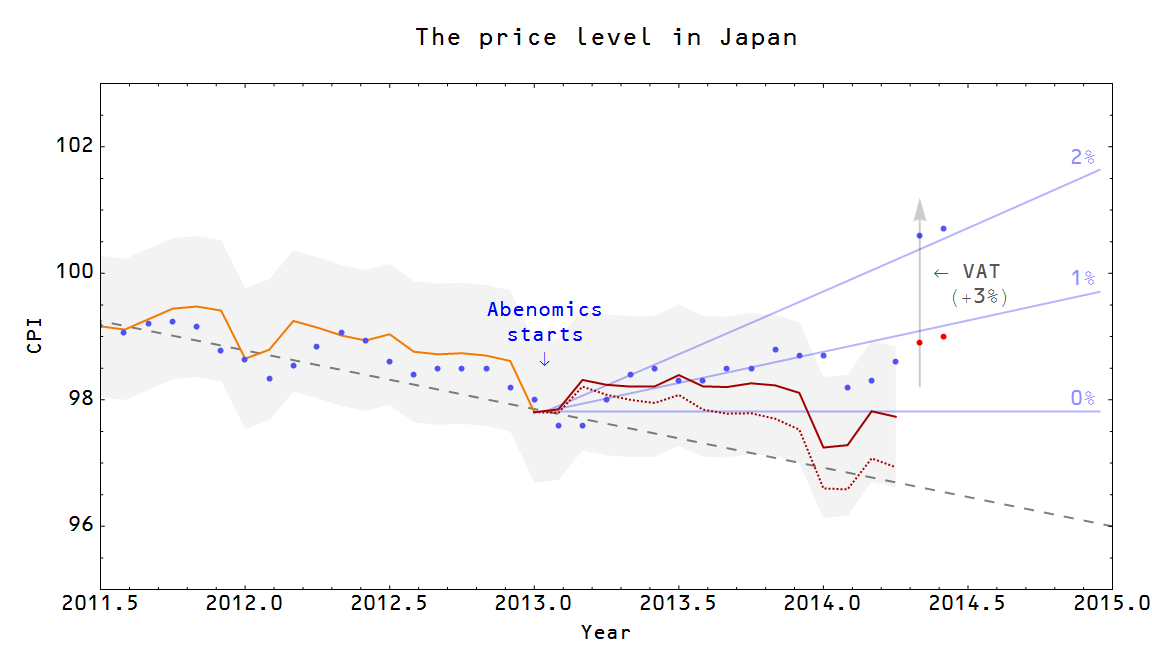 The data points are the blue dots. I show the "starting point" of Abenomics along with the deflationary trend (gray dashed) and 0%, 1% and 2% inflation paths (light blue, with 2% being the "Abenomics" target). The information transfer (IT) model was fit to pre-2013 data (shown in orange) and used subsequent evolution of NGDP and the currency component of the monetary base to show where the model predicts the price level to be (red). I also show a counterfactual path without the stimulus spending during 2013 (the Keynesian component of Abenomics, assuming a multiplier of 1, i.e. ΔNGDP = ΔG) as dotted red line.


PS I made an attempt to subtract out the VAT increase (red points) by linear extapolation from the last two pre-VAT points to the first post-VAT point and subtracting the difference from the last two points. I can't say the result changes much -- the data is still consistent with 1% inflation.
Posted by Jason Smith at 6:12 PM