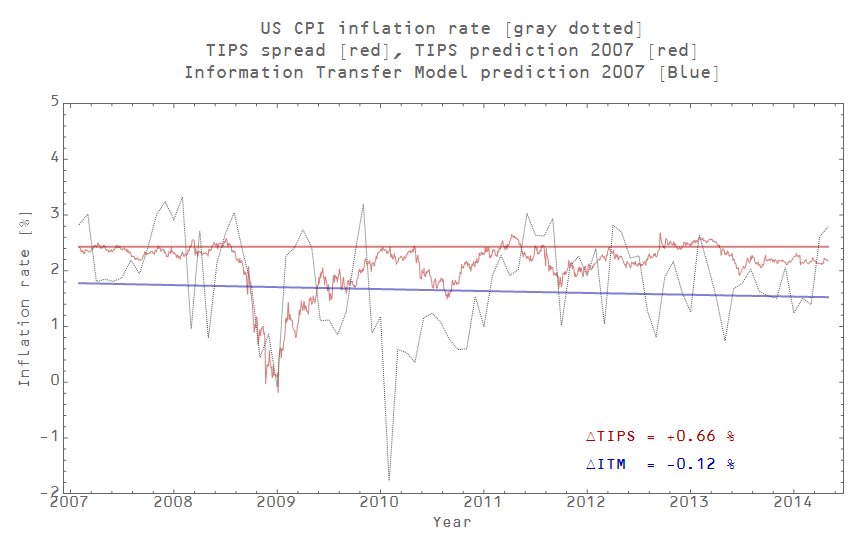 Scott Sumner asked (in comments on his post on AD) if the information transfer model (ITM) was better at predicting inflation (gray line in the graph above) than TIPS spreads (the difference between inflation indexed treasuries and ordinary treasuries of the same maturity, red jagged line in the graph above). The TIPS spread on a given day represents the market's future expected average inflation over the maturity of the treasury (we'll use the 10-year).


Well, the ITM is better -- about 5 times better. Actually, the ITM was better at predicting inflation even though the worst economic crisis since the Great Depression intervened! 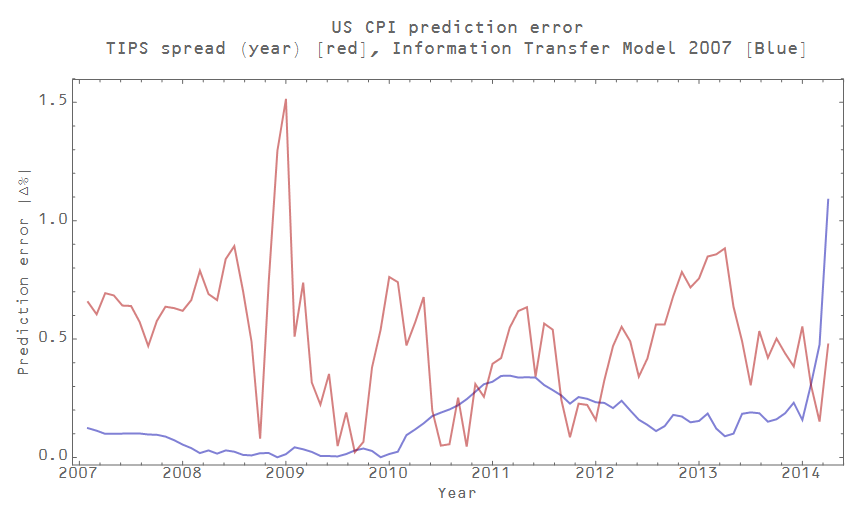 The ITM prediction from 2007 was a better predictor of inflation in 2013 than the TIPS spreads from 2013! The ITM model falls apart in the last couple months, but then the past couple months only represent a couple CPI data points. The ITM model represents a long run trend, so its predictions will have a higher error over short runs of data. The market random guess TIPS spread is better at short runs because in the short run, inflation this month is about what inflation was last month.