In which I irritate Nick Rowe (again) 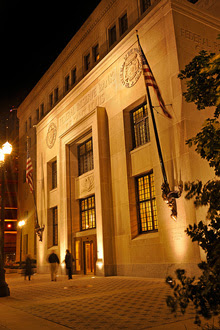 I am currently on travel for work (again) so light updates this week, but I thought I could irritate Nick Rowe some more. He has a new post up where he shows how police could regulate the speed of drivers without actually pulling anyone over:

I took on two other analogies before here:

... and my critique is similar this time.

The speed limit analogy would make sense if we all had NGDP/inflation meters/pedals. However, since many of the influences that go into NGDP or inflation are beyond our control, it's hard for individuals to target them.

A restaurant owner can't have her patrons enjoy the food 1% more while paying 3% more (to hit 2% inflation, including quality adjustments). She can't help it if suddenly her chief ingredients become cheaper and competition forces her to reduce prices ... This has been happening in the computer industry for awhile now, with actual deflation in the tech sector price level.

That's the gist of the linked post; here's some new stuff.

A tiny tweak to the behavior model turns the speed limit equilibrium into a boom-bust cycle. If the police don't pull anyone over (and no one is being seen being pulled over), people will start to speed more often and the police will start having to pull people over (concrete steps). Eventually enough people are pulled over (or witness such events) that leads back to the zero-enforcement scenario. Which leads to speeding and the cycle begins anew.

You can get the same speed limit equilibrium without expectations. In an ideal gas the velocity of particles follows a maxwell Boltzmann distribution with average speed ~ kT. Nothing actually acts on the molecules to achieve this at the micro level -- the effect of the cops in this case is an emergent entropic force that does not exist for individuals.

If Inflation and demand don't actually exist at the micro level, then the speed limit analogy doesn't make any sense at all. We can't measure our individual speed much like an individual molecule doesn't have a temperature. There is nothing to expect! You can't get tickets for going "undefined" ...

[This is not a very good post. BTW I'm writing it in a hotel room down the street from the St Louis Fed with one finger on my iPad, hence the picture above.]
Posted by Jason Smith at 9:49 PM