Yoda: Yes, run! Yes, a Jedi's strength flows from the Force. But beware of the dark side. Anger, fear, aggression; the dark side of the Force are they. Easily they flow, quick to join you in a fight. If once you start down the dark path, forever will it dominate your destiny, consume you it will, as it did Obi-Wan's apprentice.
Luke: Vader... Is the dark side stronger?
Yoda: No, no, no. Quicker, easier, more seductive.

I wanted to put those lines at the top of my previous post on Sumner's nominal hourly wage model, but was in such a rush to get the post out, I forgot. I found myself sympathetic to the dark path of market monetarism a few years ago [1], but I have been growing more and more skeptical of the whole endeavor as I've delved into macroeconomics.


In Sumner's nominal hourly wage model, the fluctuations in (W/H)/(NGDP/L) come entirely from the H (total hours worked). In fact, if you do compare the relative fluctuations in H and the total number of people employed after an HP filter, you end up with this: 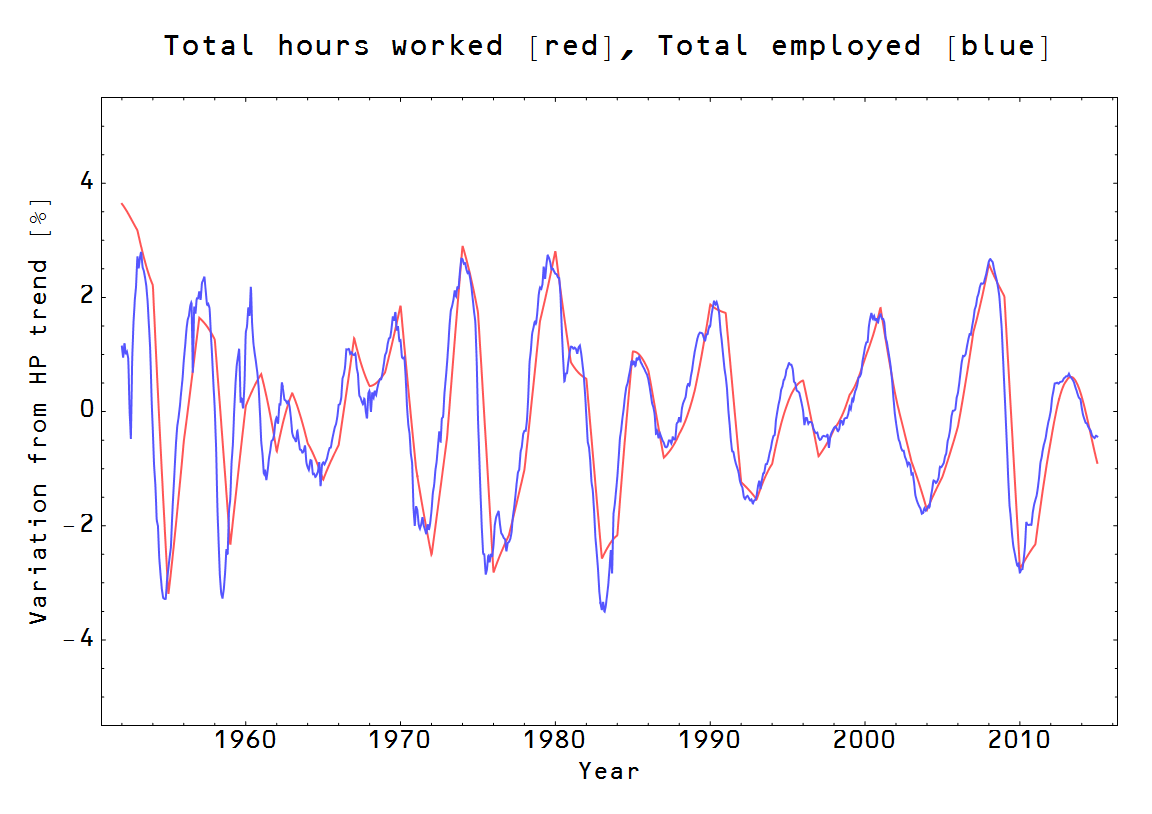 What's funny is that p:E→H makes for a nice trivial information transfer model (i.e. E and H are in near perfect information equilibrium). All fluctuations in H are registered in E (and the price p is nearly constant):


[1] In finding my old comment from December 2011 on Sumner's blog, I was quite astounded by what I said:

My opinion here, but I think finding a theory that reduces to both a monetarist theory and a Keynesian theory in various limits or under specific constraints may be a key to understanding macroeconomics and more focus should be in that direction (unless it has already been done! I haven’t been able to find anything). Both theories appear to save the phenomena in particular regimes so the “correct” macroeconomic theory should reduce to each in particular limits.

At the time, I had read the information transfer model paper (that happened in October or September of 2011), but I hadn't derived supply and demand (not until July of 2012, when I was inspired by a blog post by Paul Krugman, and the derivation went up on the blog as soon as I started it in 2013) or even thought it had anything to do with economics. And reduce to both theories in different limits (high and low inflation), the information transfer model does!