I am re-watching the PBS program on macroeconomics (made before the financial crisis of 2008, and told from a somewhat triumphal viewpoint of the Chicago school) now that I have a better grasp on economics ... and even my own model. Anyway, one thing that struck me in the discussion of the 'stagflation' of the 1960s and 70s that everyone said was so terrible is that without it, the US economy would be only a tenth of the size that it is today.


I made a counterfactual economy -- one with a 2% inflation target from 1960. Here are the results for PCE inflation (exactly 2% inflation), the currency base and NGDP: 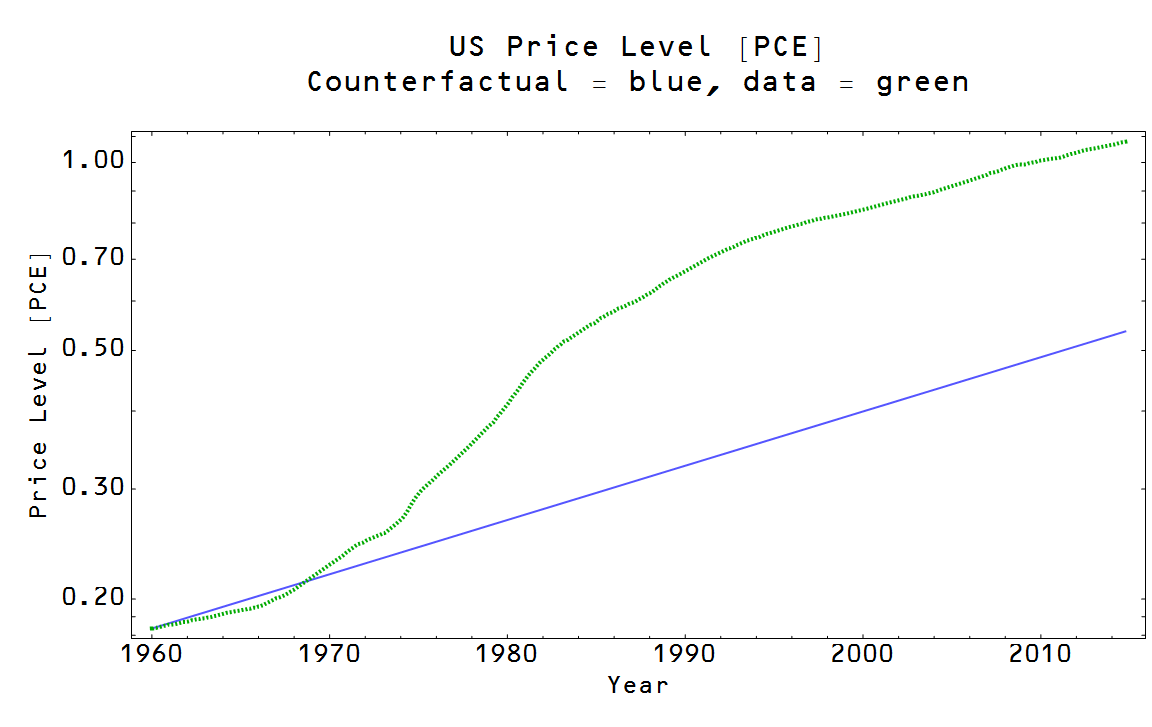 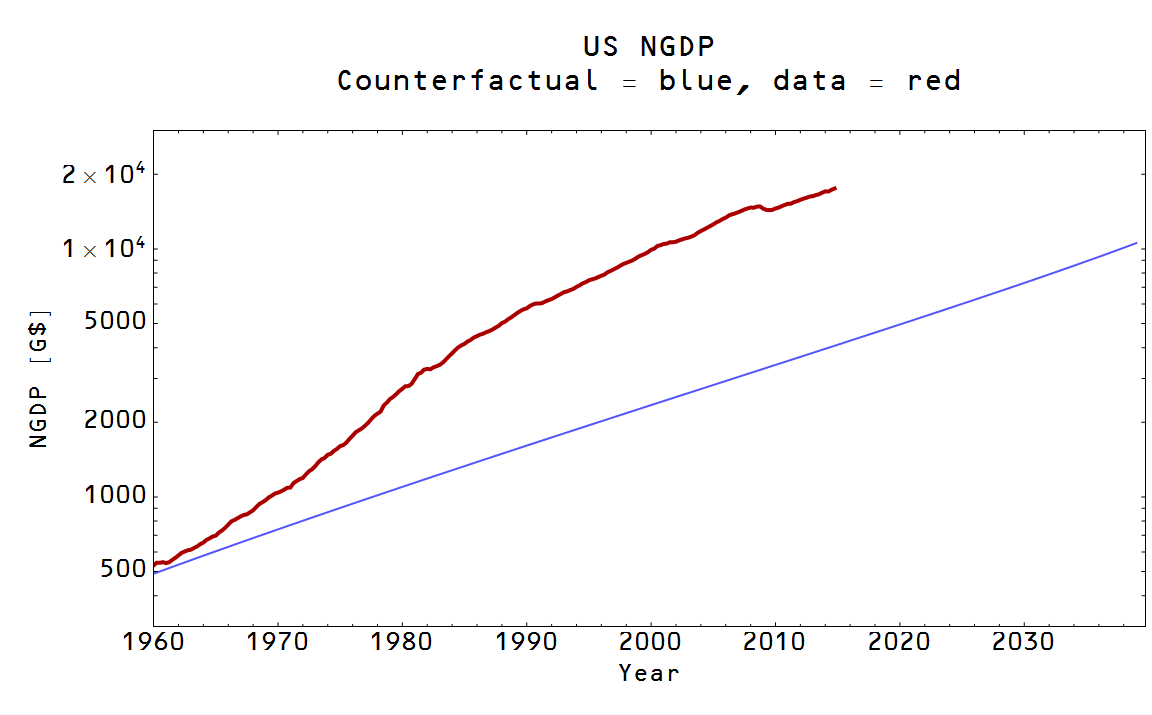 
I had always been curious as to what caused the big kink in the economic growth rate in 1980 (higher before, lower after). It appears to simply be a shift from a policy regime that didn't focus on inflation to one that did.
Posted by Jason Smith at 9:42 PM