Scott Sumner placed an update at the bottom of this post with an HP filtered version of his nominal hourly wages theory from a commenter named Rob. Basically it plots the relative fluctuations of (W/H)/(NGDP/L) around the chosen HP filtered trend and shows that they are the same as the unemployment rate u. Sumner writes "W" instead of W/H, but Sumner's "W" is nominal hourly wages i.e. total nominal wages divided by total hours and writing the way he does not only impacts the symmetry of the formula, but obscures the fact that his theory has zero content. How is that?


Let's start with a graph. No, wait. Let's start with notation. I will write X ≅ Y if the de-trended (HP filtered) quantities X and Y are proportional to each other. Thus, Sumner's theory is (W/H)/(N/L) ≅ u. 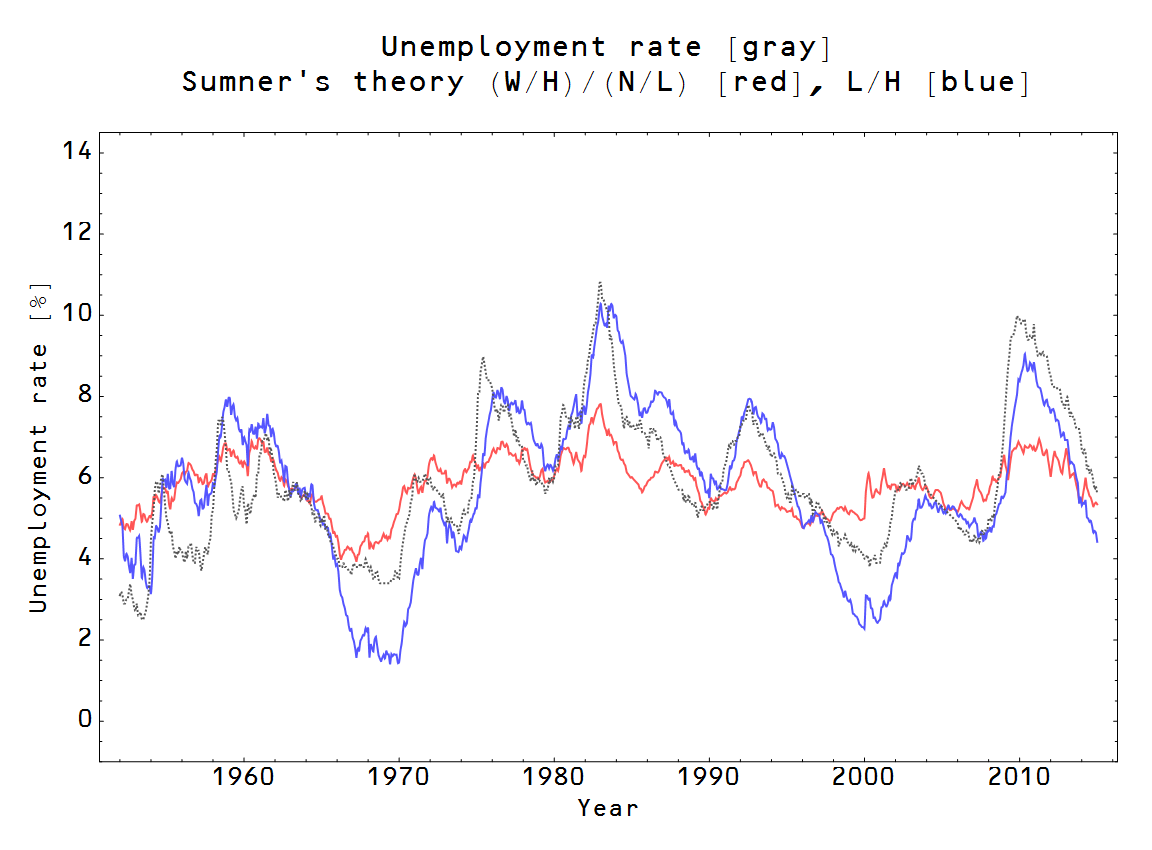 
The theory of the blue curve says the hours worked per person in the labor force goes down as the unemployment rate goes up. Or, another way, unemployed people work fewer hours than employed people. Counting the unemployment rate in terms of people thrown out of employment is approximately the same as removing 40 hours per week per unemployed person from the total number of hours worked. Sure, some people are part time, others work more than full time (overtime or multiple jobs), but that just changes the 40 to some other effective number like 35.


However! It turns out Sumner's theory is equivalent to L/H ... all of the fluctuations matching up with the u come from L/H, not the W/N piece.


It becomes clearer if you scale Sumner's theory by a factor of 2 (actually, we should use c = 2.1). The correlation gets much better: 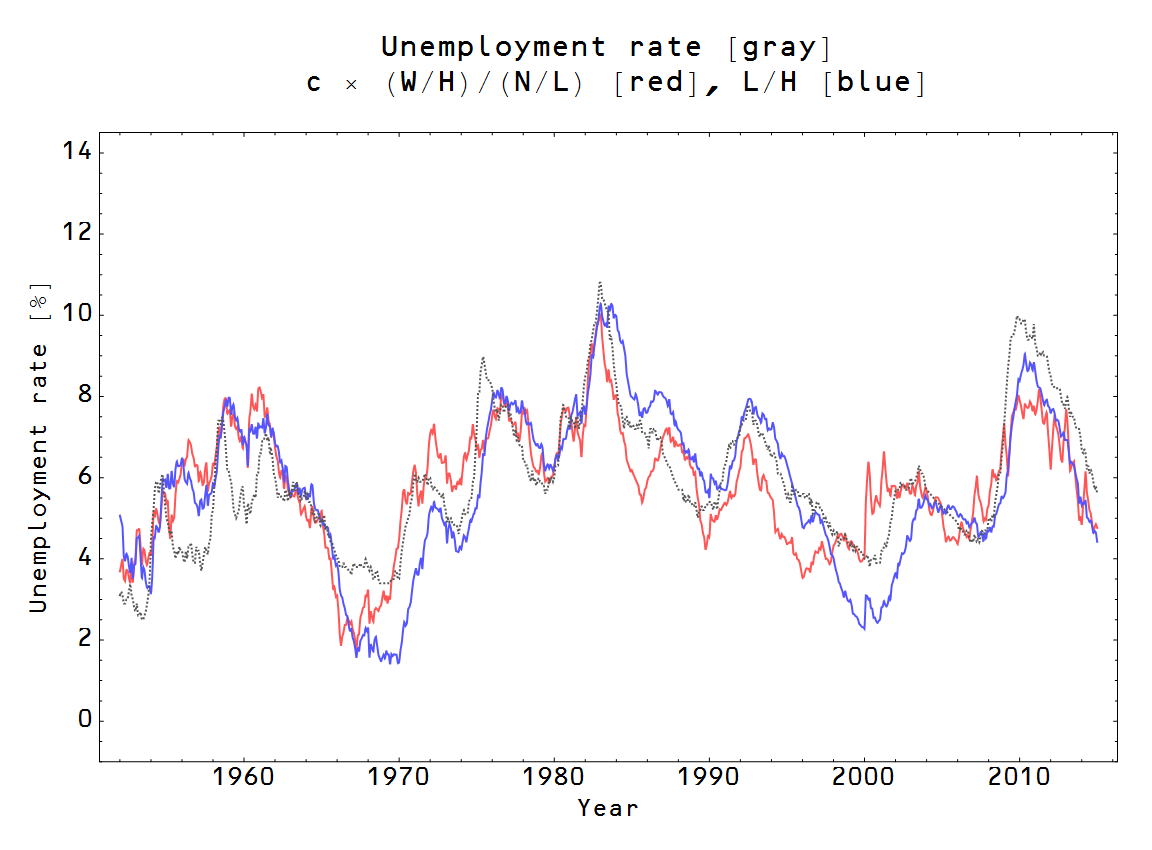 What happens when you look at the relative fluctuations from the trend is that you cancel the W/N by multiplying it by c (i.e. c W/N = 1 to a good approximation) and effectively arrive at the theory  c (W/N) x (L/H) = L/H ≅ u. The blue curve. De-trending and looking at relative fluctuations (i.e. proportional fluctuations) eliminates the W/N term.

That is to say: