First, here's the model and the principal component data; the description is pretty good: 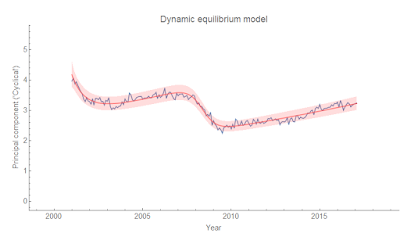 I won't bore you with listing the results for every sector (you can ask for an update with your favorite sector in comments and I will oblige). Let me just focus on the interesting sectors with regard to the economic "boom" of 2013-2014. There are three different behaviors. The first is a temporary bump that seems to be concentrated in retail trade: 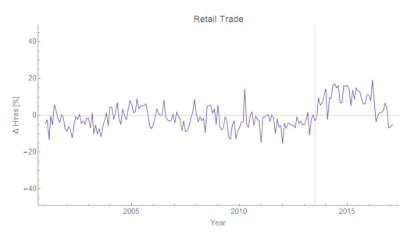 The second behavior is job growth. For example, here is health care and social assistance; the rise begins around the date the ACA goes into effect (vertical line): 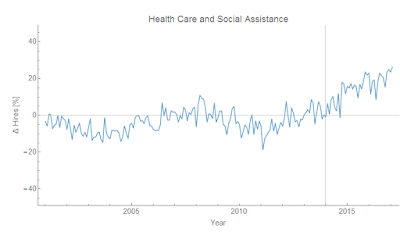 The third behavior is unique to government hiring, specifically at the state and local level. It drops precipitously at the 2016 election (vertical line): 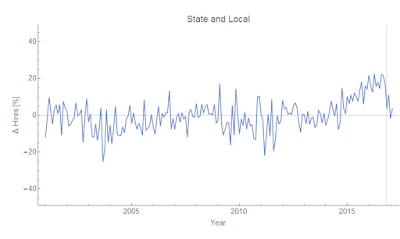 Note that this doesn't mean hiring dropped to zero, it just mean state and local government hiring dropped back to it's cyclical level after being above it (e.g. because of the ACA, for example).
Posted by Jason Smith at 3:00 PM