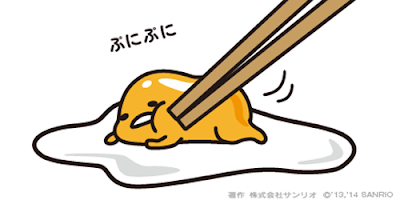 The title is probably more inflammatory than is necessary, but I thought it was a fun play on Noah Smith's very good "Lazy econ critiques" (as well as the following Bloomberg View article).

In a recent twitter exchange between @UnlearningEcon and @Britonomist (I usually learn something in these exchanges), the latter brought up a blog post from academic economist Chris Auld (who happens to work a relatively short hydrofoil ride away from me in Victoria, BC).

This made me laugh (having seen the movie):

... Economists do not believe people are always rational, etc, we rather believe that such assumptions are often useful abstractions to further the goal of understanding the incredible complexity of human societies.

I agree that "unrealistic assumptions" has to be just about the laziest econ critique in existence. I wrote a post I was particularly proud of about how a lot of econ criticism is starting to look like vacuous art criticism. Auld also sarcastically points out that many econ critics who think econ should be more like science don't really understand science:

Real Scientists™ “require assumptions to be tested empirically before a theory can be built out of them,” whereas economists use models with assumptions which are empirically false.

I agree with Auld's snark here. Real scientists sometimes use assumptions that haven't been tested empirically directly [1]. I wrote an extended defense of economics from a specific instance of these criticisms about false assumptions and "as if" modeling. However, let me turn around and defend the econ critics here.

Regarding 1), even economist Noah Smith pointed out that economists don't do this. I have never seen it in any paper. In fact, in one of Auld's own papers [pdf] we see him applying a rational utility model out of scope [2]. Despite the fact that rational utility-based explanations have been shown to be empirically inaccurate for individual people, in his conclusion Auld uses his possibly accurate effective theory at the macro level population to suggest mechanisms of individual behavior:

This paper demonstrates that rational response to an infectious disease can lead to perverse and counterintuitive effects for both the individual and the population. An individual's response to increased risk of infection may be to undertake even more risk.

In my link above about scope conditions [linked again], I told a story about a specific instance of this and where I think economists (like in Auld's paper) go wrong. I put together a model that had the unrealistic assumption of no quark confinement. The result was a model of deep inelastic scattering that worked empirically. But because of the scope limitations due to my unrealistic assumption, I could not then use my model to make claims about the interactions of individual quarks. This is what Auld does in his paper: he uses his aggregate model to make claims about individual behavior even though the rational agent model is not empirically accurate.

Regarding 2), I did a search at NBER on "rational utility", and sure enough recent papers use rational utility maximizing models. The econ critique in my book offers a possible solution to this via Gary Becker's 1962 paper "Irrational behavior and economic theory". If we think of rational utility maximization as emergent from random agents, then a) the experiments on individual agents don't actually test the emergent rationality, and b) it means we have an explicit reason not to apply the lessons from the aggregate (rational) behavior to the (random) micro behavior.

And this lets us see where Auld goes wrong in his counter-criticism. He cites a recent paper in the econophysics tradition that makes many of the same (or even more) unrealistic assumptions economists are criticized for. But these unrealistic assumptions actually do limit the scope of the model. The authors do not apply their conclusions to individual behavior, but instead keep the discussion at the model scale (i.e. talking about aggregates and large classes of agents, not individual agents). Additionally, while the assumptions made are simplifications they are not actually empirically refuted at the scale of the individual in the same way rational utility maximization is. In fact, most of the assumptions are about the aggregate economy. The agents are random, which may or may not be realistic but this represents an assumption from ignorance rather than an assumption of particular knowledge (of rational utility maximization). In a sense, the modelers "give up" attempting to understand human behavior as inscrutable algorithmic randomness instead of providing (in a classic example of "male answer syndrome") a specific agent model or mechanism. This latter point is more a methodology choice than a real definition of "science". However, if the econophysicists were to use the random agent model to say "wealth in cases of high inequality is due to random luck", this would be an inappropriate violation of model scope — and that would be unscientific.

[1] An extremely good example of this is the wildly successful theory called quantum chromodynamics, the theory of quarks. The existence of quarks has never been proven empirically because you cannot observe a free quark. Depending on how strict you are with the definition of "proven", atoms were just an incredibly successful modeling assumption until the time of Einstein (who provided us with a way to measure Avogadro's number in Brownian motion) or until the 80s with the advent of scanning electron microscopes and the first visualization of atoms in a crystal.

[2] There are also myopic and adaptive expectations in the paper.