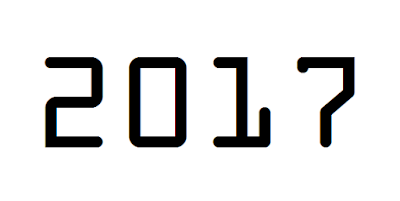 What mathematical theory is for


Scientists first use equations to relate different empirical observations to each other. Only after that is successful can you begin to build a framework — and only after you have that framework can you reasonably talk about theorems or toy models.

"Heterodox" economics has a tendency to think it somehow is better than "mainstream" economics, but often is exactly the same just with different priors. I deconstruct a garbage derivation and show that it basically is just a restatement of the original assumptions. I also made a fun diagram illustrating the issues with reasoning from an accounting identity.

This post was used as a first draft of what became my article at Evonomics titled "Hayek Meets Information Theory. And fails." In it, I describe how neoclassical economics can basically be recovered as a "perfect information" limit of an information-theoretic framework without all of the baggage.

The unchallenged assumption of human agency in economics

I used a debate between two philosophers about human comprehension as a jumping-off point to reiterate my claim that I think economists assert human agency more than is necessary out of bias (both the "gut" version as well as methodological). Chris Dillow linked to this post (as well as What mathematical theory is for listed above), directly discussing it with a post of his own that is much more pragmatic contra my more philosophical take.

Honorable mention: On these 33 theses


While this post does (at the time of writing) have fewer pageviews than the previous ones, it was posted at the end of the year and judging by the distribution might actually make the leader board for 2017 if only it had had more time. The post itself is yet another entry in my series of criticisms (e.g. here or here) of "manifestos" of what economics should be that effectively assume the outcome of research programs. If you're writing that economics should use evolutionary paradigms, you should instead be writing about the successful economic models you're constructing using evolutionary paradigms. Don't tell me — show me. I see these manifestos as more a pitch for funding than "real work".

I do not write treatises about how economics should adopt the information equilibrium framework. I instead show how to use the model to understand empirical data (or sometimes theoretical puzzles) and rely on those descriptions of empirical data (or puzzles) to motivate the adoption of information equilibrium. Instead of saying you should use a Wasserstein GAN instead of a traditional GAN for machine learning, you should show how using a WGAN gets the results you want. The original paper on WGAN does exactly that. No computer scientist would have taken the paper seriously if the authors just gave some hand-waving theoretical motivation. For the same reason, I do not take any "new paradigm for economics" or "heterodox approach to economics" seriously that doesn't show some results. Despite how interesting or deep you think your insight into the problem is and how seductive you might think your approach is, I can guarantee you that a sizable fraction of people disagree with you. MMT seems theoretically satisfying to its proponents, to me it just assumes its conclusions. I like the information equilibrium approach, but as I've discovered over time through comments and tweets many people find it unsatisfying. The only thing that seems to win anyone over (or at least get heard) are the empirical results.

Anyway, this is one of my pet peeves in the econoblogosphere. If you think economics is really just methodology and philosophy — that's fine. But some of us have seen the failures of macroeconomics over the past couple decades and want to figure out how to fix it, not just talk about how to fix it.

Honorable mention: 18 signs you are not having a productive conversation about economics


Another late entry that received a lot of attention, this list is a product of my frustration with the "debate" about the state of economic theory (in particular, macroeconomics). This "debate" doesn't seem to go anywhere on either side with the same tired criticisms or defenses being brought up again and again.