Another month, another JOLTS data update from FRED. This time, we are getting a lot of data revisions, and the revisions to the quits rate are biased upward:

It turns out those data revisions erase most of the signs of a possible upcoming recession (i.e. the counterfactual) in both the quits rate and the hires rate (i.e. the original conditional forecast was more accurate). Click for larger versions:

The gray band indicates the shock counterfactual — which has completely collapsed back to the original forecast. There still is a deviation in the job openings rate, but this data is also noisier in general: 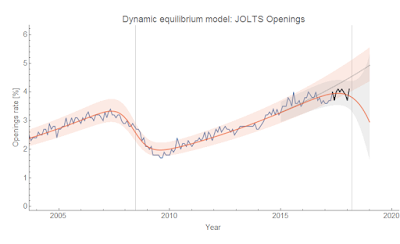 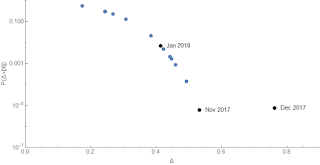 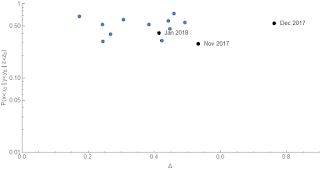