I don't think I've updated the (traditional) Beveridge curve for almost a year, so here you go: 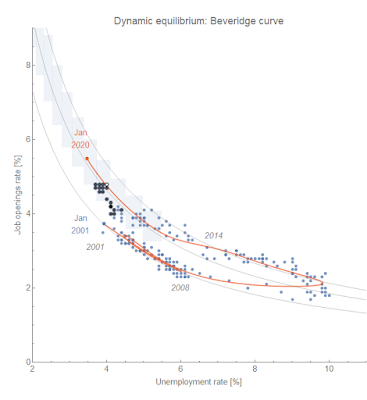 The details behind this plot (in terms of the dynamic information equilibrium model, DIEM) are actually in my paper (it's Figure 3.6). It's first appearance on this blog was in October of 2017. A couple of weeks later I speculated about the existence of another Beveridge-like curve relating labor force participation (ages 25-54) and unemployment which also seems to be working out well: Due to women entering the workforce affecting the data before the 1990s and the mis-match between the non-equilibrium shock timing in the recessions since then, it might never have been observed without the DIEM. Here's the labor force participation forecast on its own: 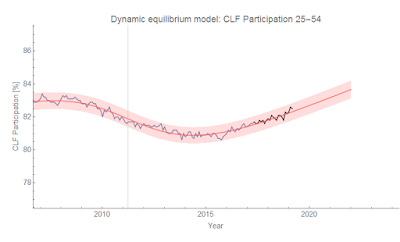