Is this what Noah Smith is referring to?


[Shinzo Abe] went the opposite direction of Europe, and -- unlike the U.S. -- he gave every indication that the shift toward monetarism was permanent. The result: Japan has escaped deflation.

It took me awhile to track down the deflation victory point (it's not yet in the data from FRED): 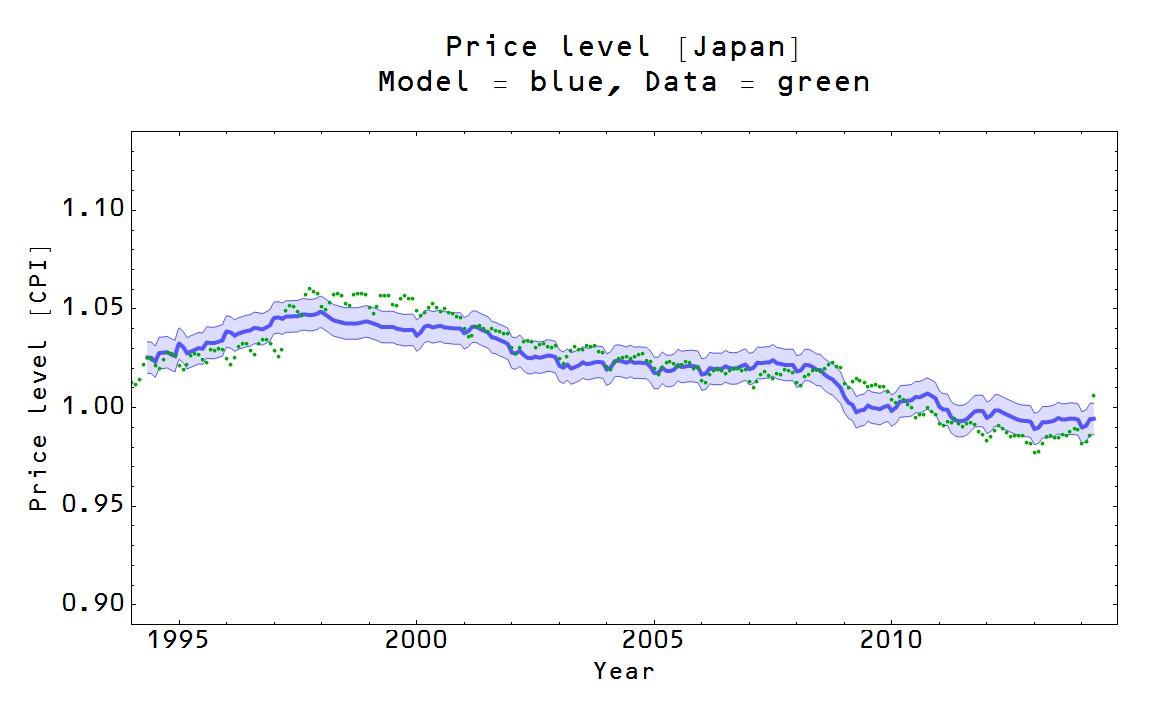 See it? It's the one point at the end above the 1-sigma model error band from April 2014. It is actually quite remarkable (a 2-sigma jump), and for the sake of the people of Japan I hope it holds up. I mentioned in an earlier post that this rise over the past few months could be due to the impact of fiscal policy. Before someone says I scaled the axes to make the jump look small, note that the US CPI traversed the entire range in the same time period (2% inflation would take you from 0.9 in 1994 to 1.1 in 2014).

A jump in CPI due to monetary policy should affect interest rates, but nothing remarkable seems to be happening. Interest rates are low given the model result (again 1-sigma error band shown): 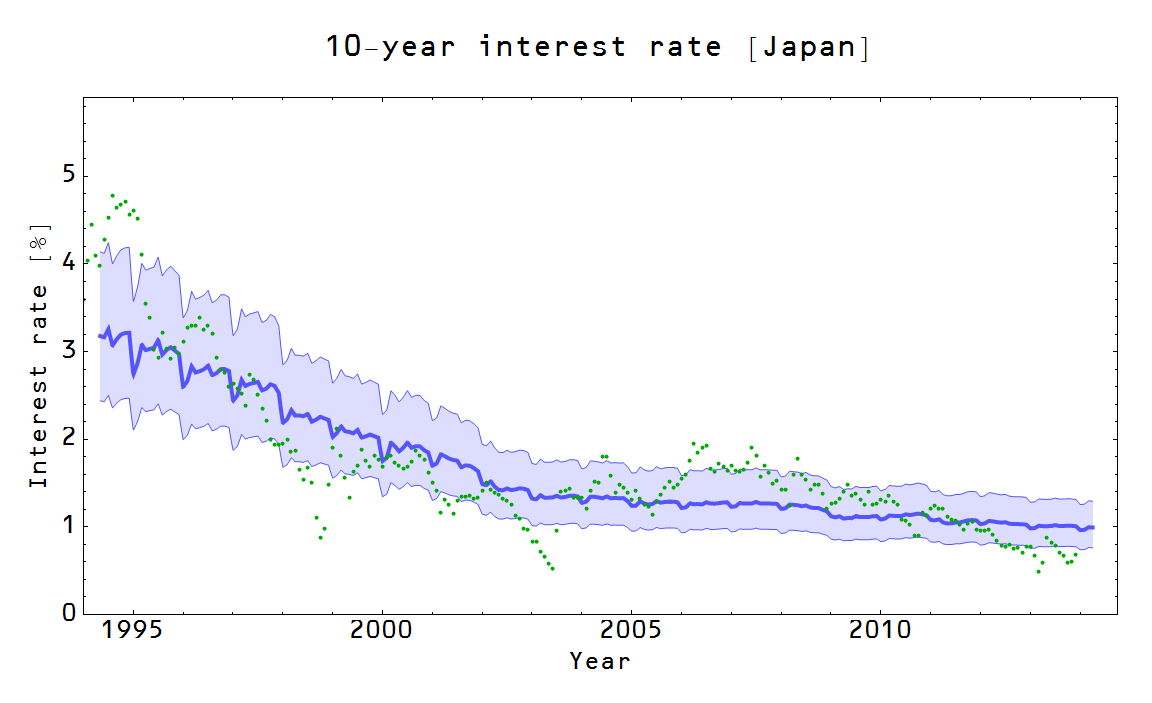