However, due to the short time scale the EU has been in its current configuration, it's quite a bit more uncertain where the EU is in terms of the information transfer model. Check out the wild behavior of the monetary base and the currency component (the Euro was introduced in 2000 as a non-physical currency and was introduced as a physical currency in 2002, but other currencies continued to be used for awhile afterwards): 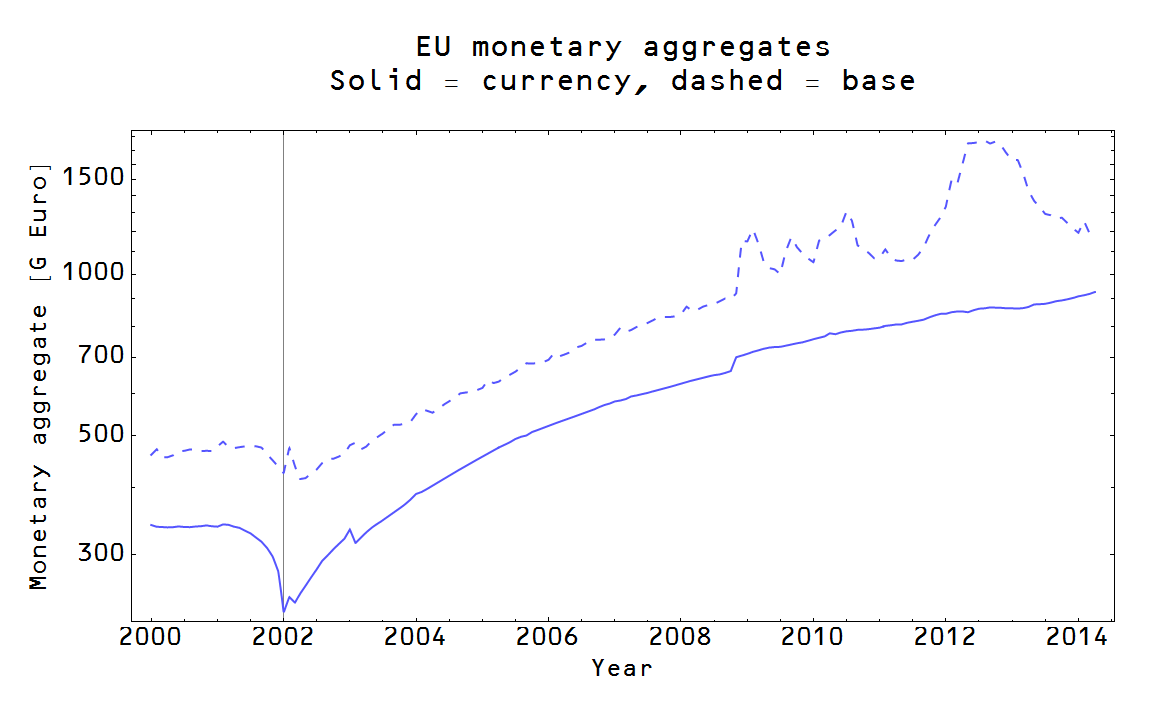 It appears only the post-crisis (2009 and beyond) Euro data has an EU and a Eurozone area in a stable configuration, so I just ran the models for that. Here are the CPI and the long term (10 year) and short term (interbank) interest rates:

And here are the resulting IS curves for the long term interest rate (analogous to this analysis, each line is taken at the start of each year, with the red one being 2014): 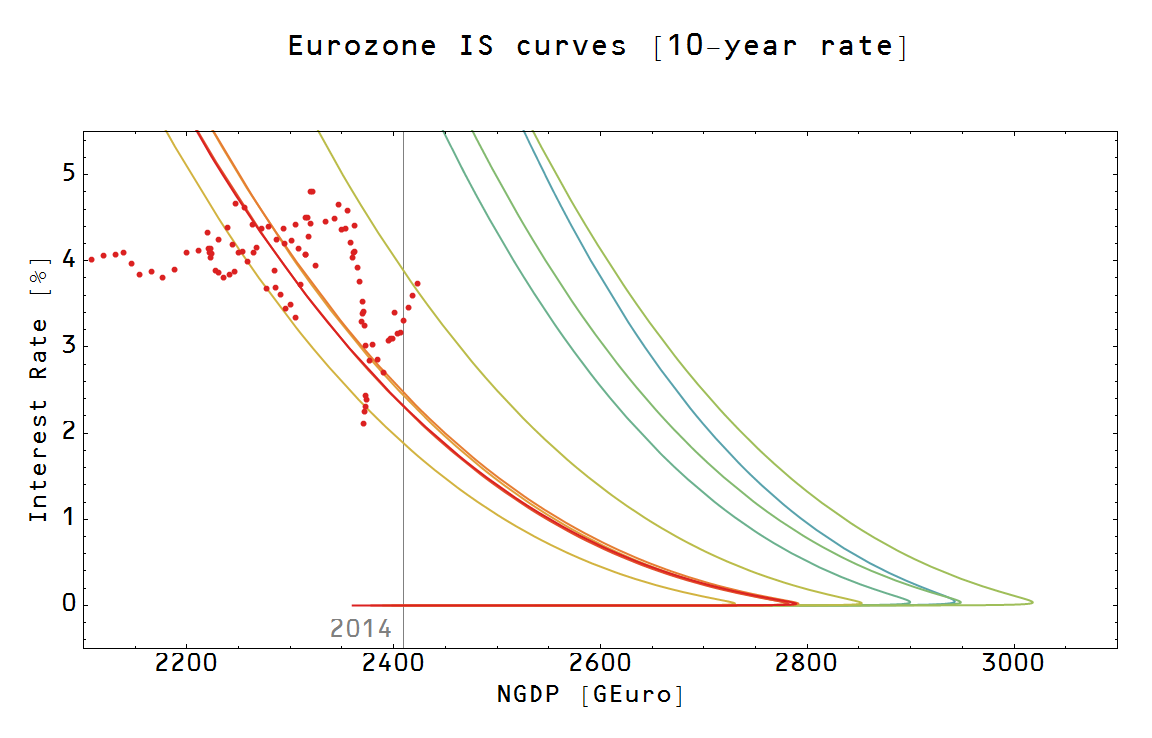 You can see the IS curves and the "zero bound" sliding backwards from 2009 (curves 2005 through 2014 are shown), a sign of being in a liquidity trap. But they are still downward sloping, not yet vertical.

But I still want to jump in and make a prediction that we'll get disinflation in the Eurozone as they go forward with their policies.
Posted by Jason Smith at 8:35 PM