I had previously shown analytically that the change in economic entropy is approximately given by the change in NGDP (times a constant).

UPDATE: 25 March 2015: There are some issues with this post. See the next post for the issues. The results generally seem to hold, but ΔS ~ ΔNGDP is only approximate.

This time I've taken the Wicksellian roundabout (with the first sector suddenly increasing its demand for money -- and I'm using 10 sectors here), added goods flowing in the opposite direction of money, and used the information transfer model definition of the price to calculate the change in "NGDP" both directly (i.e. from price × amount of goods exchanging hands) and from the entropy of the distribution of money. They turn out to be proportional to each other, explicitly verifying that ΔS ∝ ΔNGDP (in this model).

Here is the money demand shock in the first sector (red): 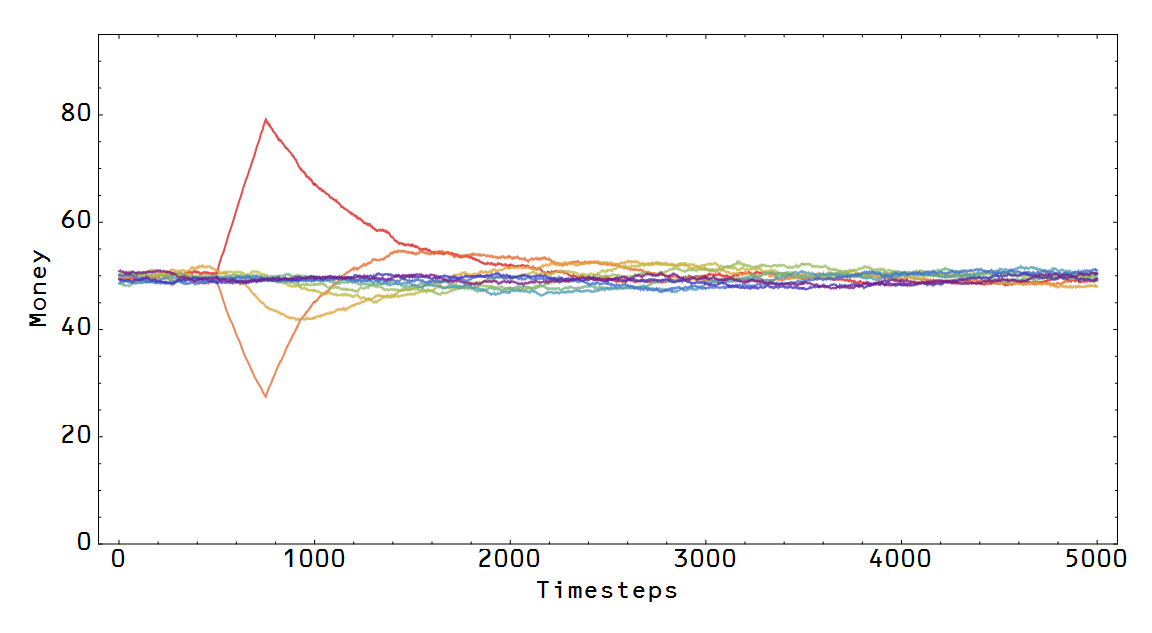 Here are the goods flowing in the opposite direction: 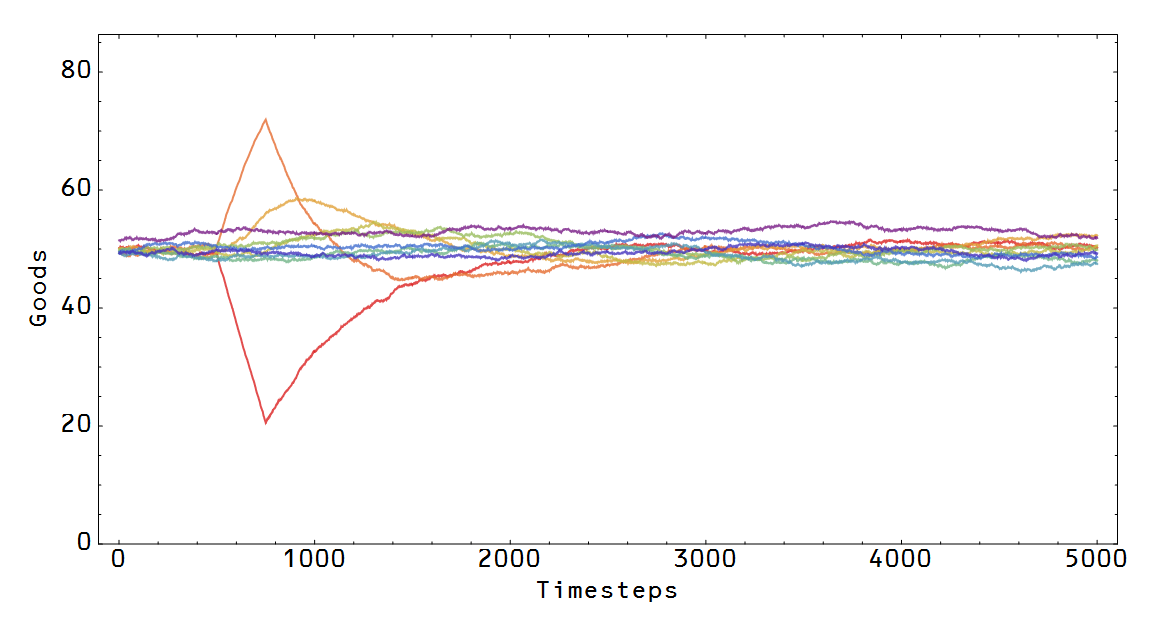 Here are the market prices for the different goods: 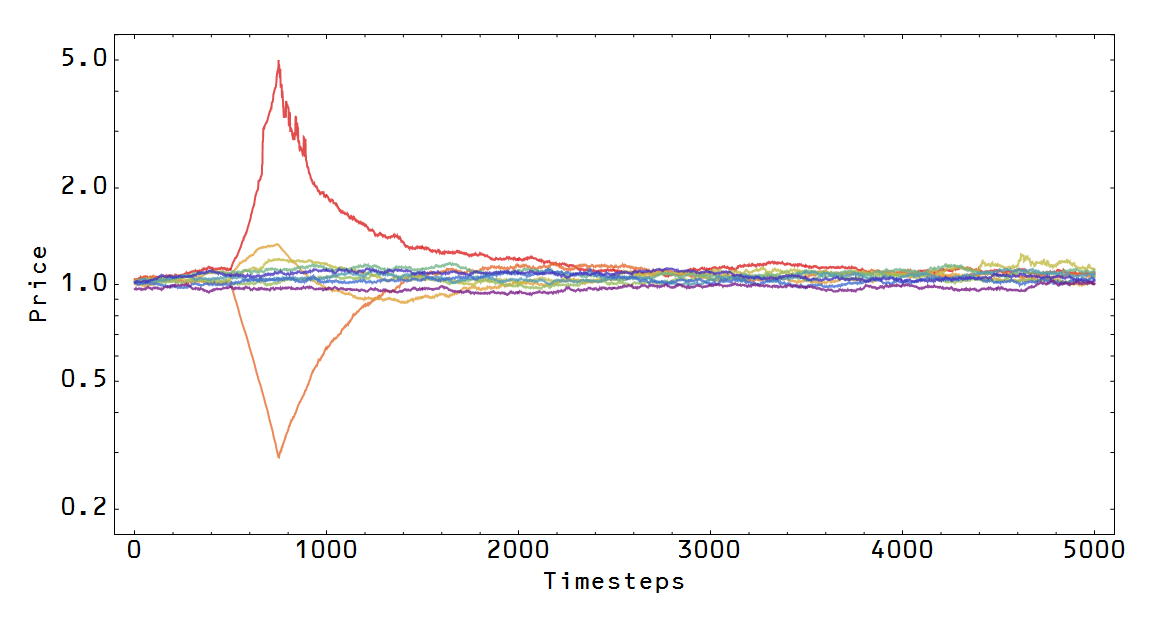 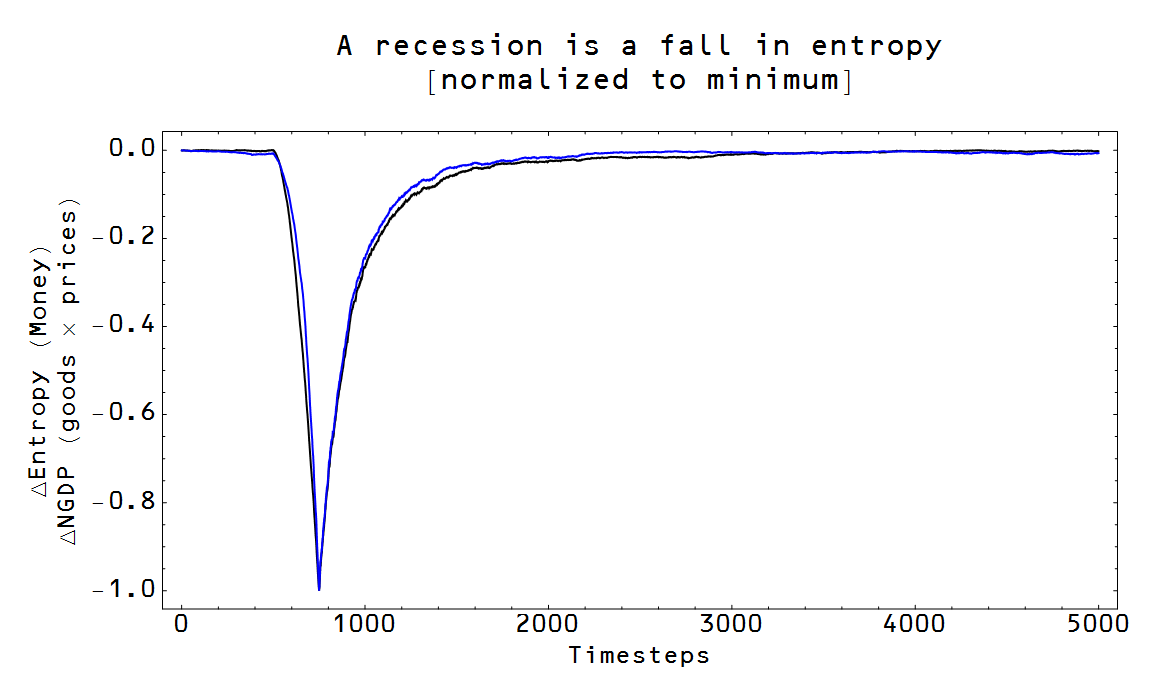 The Wicksellian roundabout probably isn't necessary -- it is simply a device to have the output of one sector dependent on the output of the others. In fact, looking at the price figure, you can see that the actions of the first sector have diminishing impact on the following sectors (orange is the most, then less on through green, blue and purple).
Posted by Jason Smith at 6:53 PM