The latest PCE inflation numbers are out ...

... and the information transfer (IT) model is still looking good (data from FRED): 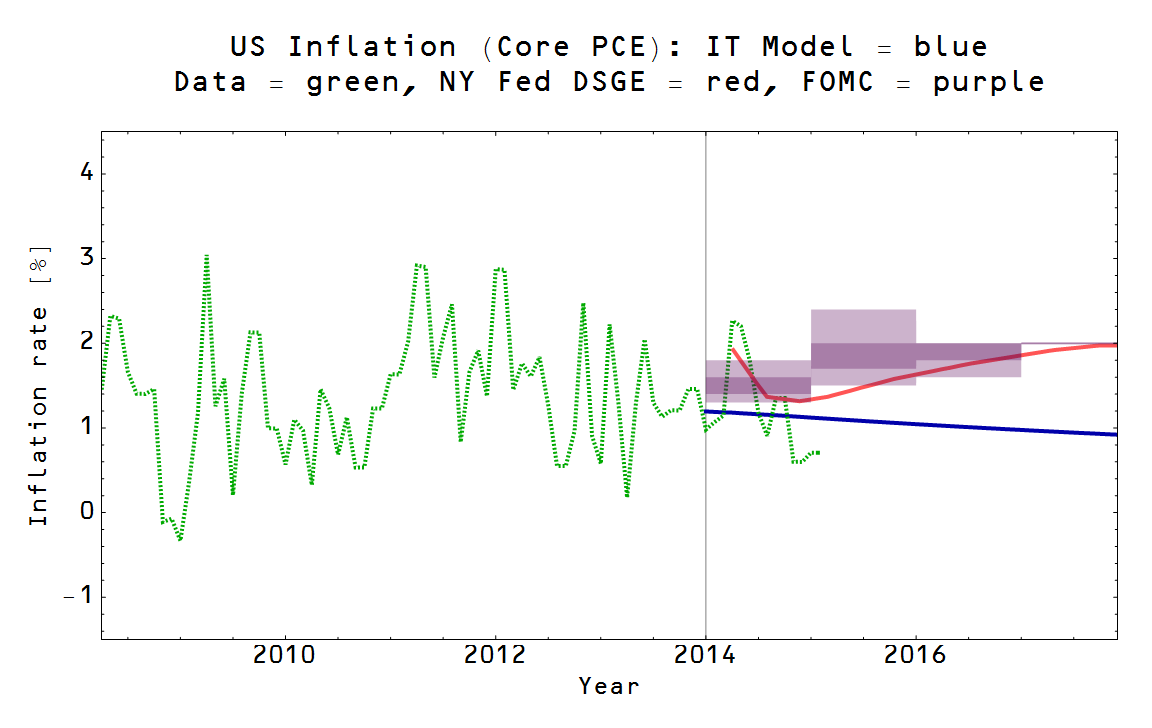 I took off the error ranges as the different measures aren't really comparable and the highest resolution we have from the Fed predictions is quarterly data so it'll be when the March numbers come out at the end of April or beginning of May that we'll have a new true data point. Here's the previous time where we had both an end-of-year result for the FOMC prediction (purple) and an end-of-quarter result for the NY Fed DSGE model.

However, since we now have the January number, we have 1/3 of the next quarterly prediction for the NY Fed DSGE model. In order to meet their quarterly prediction, core PCE inflation will have to average 1.7% in February and March. In order to meet the IT model prediction, February and March only have to average 1.3% core PCE inflation. The former scenario has happened roughly 28% of the time since January 2009, while the latter has happened 54% of the time.

This doesn't mean the models should be discarded. It's just that the FOMC and NY Fed DSGE model are predicting inflation should start heading back to "normal" (2%), like, now.
Posted by Jason Smith at 5:00 AM