Scott Sumner has a post up today that references a prediction market's estimate of inflation over the next five years (from a NYT article by Justin Wolfers). The prediction market is telling us the Fed will undershoot its inflation target. I commented on Sumner's post, but here is the information transfer model's prediction of the same thing. The latest update for the prediction itself is here. I generated 1000 random paths (using both a Gaussian and empirically derived probability distribution [1] for the errors), and integrated them over the next 5 years to produce a 5-year inflation prediction [2]. 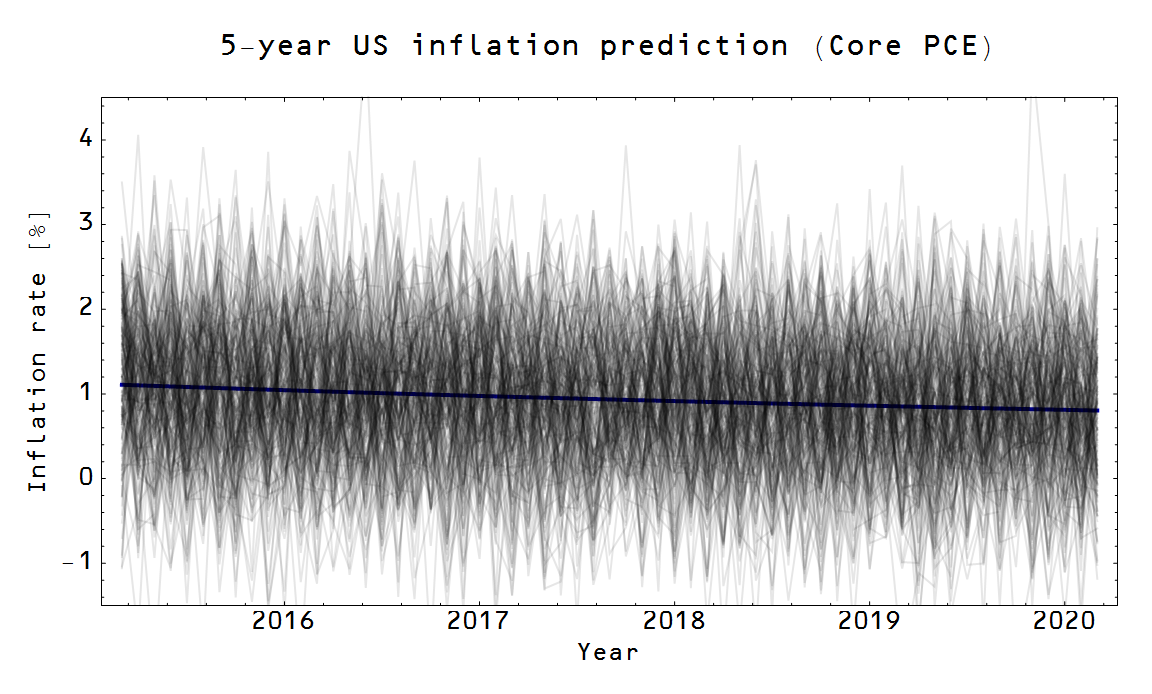 And here is the resulting prediction using roughly the same graph as the NYT article (which I adjusted using Sumner's PCE inflation correction of -0.35% [3]): 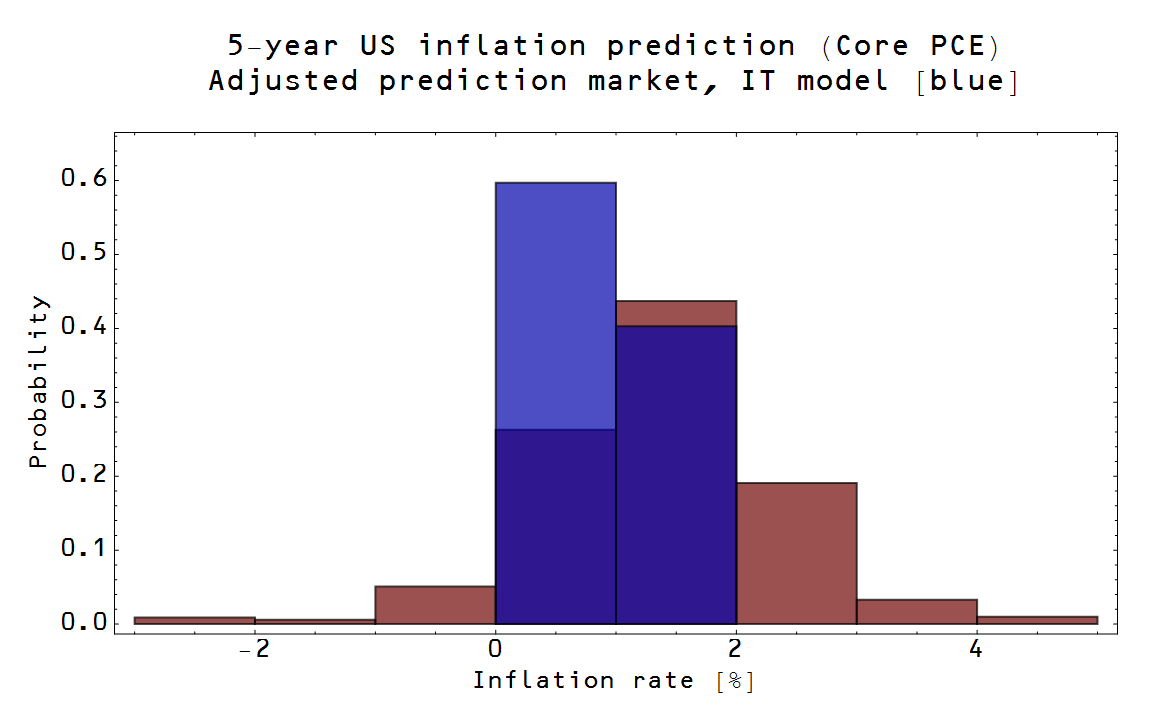 Here it is with higher resolution for the IT model prediction: 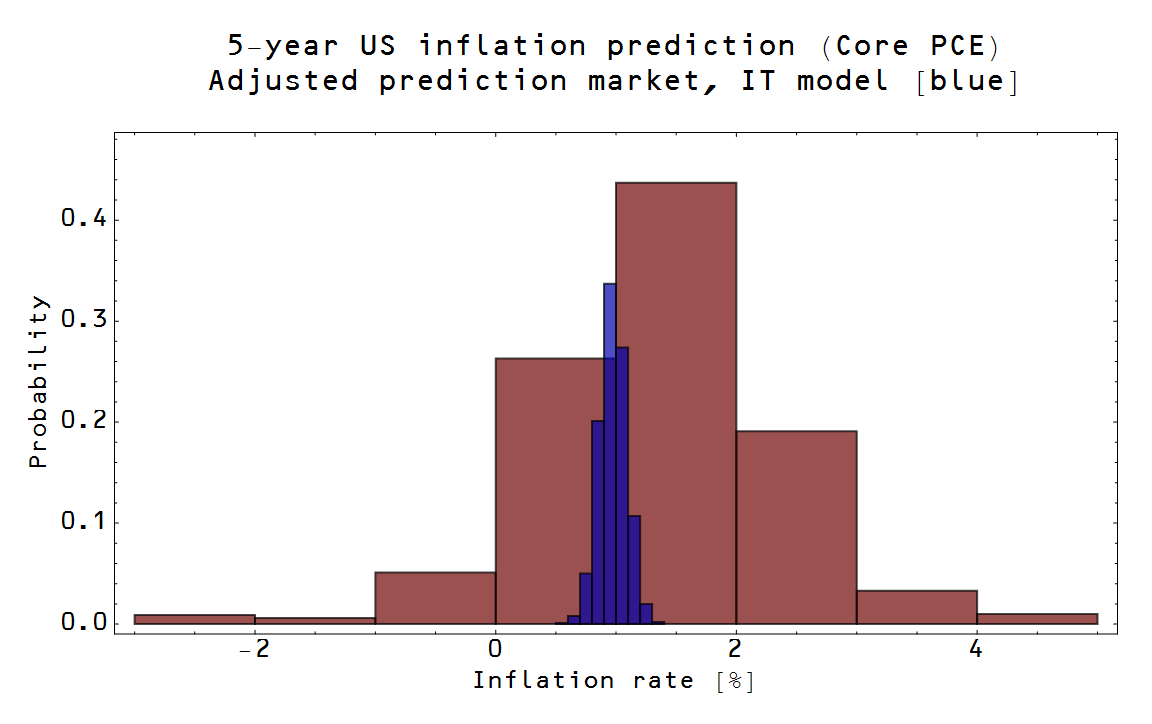 [2] Note that the 5-year prediction is right in the sweet spot of the IT model's capability.