It's been two months since Switzerland let their currency appreciate (although it seems to have rebounded from much of its original fall -- but that may just be because markets have the incorrect theory). In most monetary theories of the price level, this would imply that the price level should fall. There is no sign of that yet -- to be sure, it's still to early to tell. I am mostly just setting up my data ingest and graphics output so I can more easily produce updates to the information transfer model prediction that not much will happen. 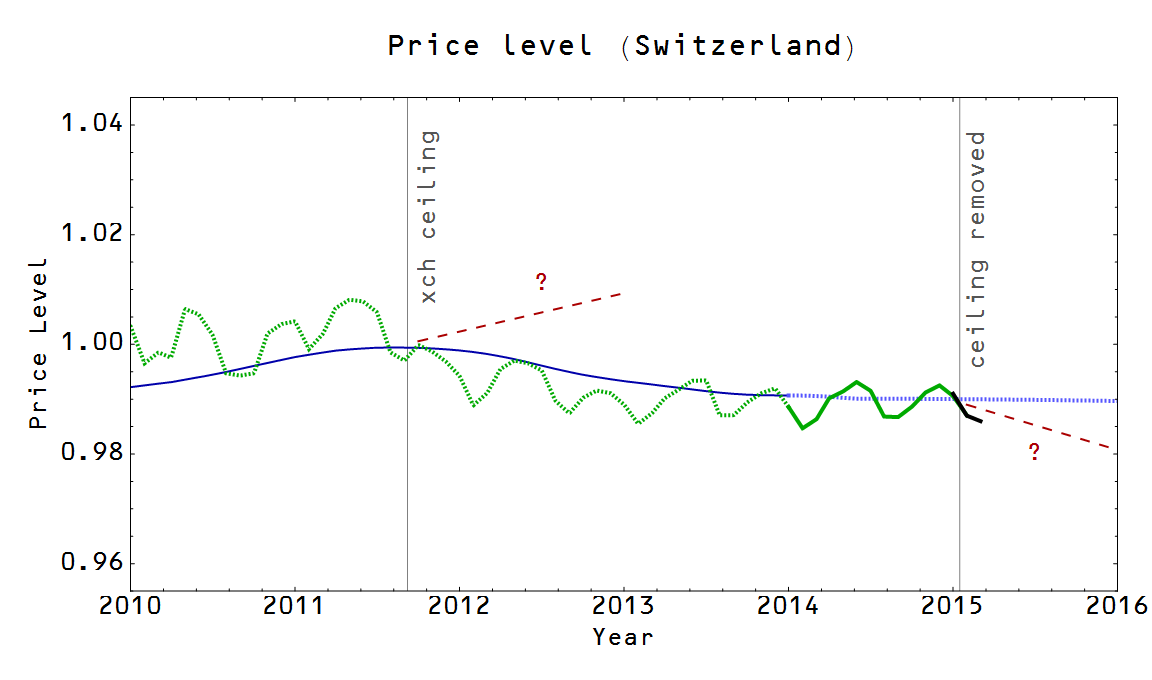 
[1] Here is the zoomed-out version of the whole data set: