I thought I'd try to create a better visualization that uses the dynamic information equilibrium model to understand relationships between macroeconomic observables that I talked about in my post from yesterday. I'll first work through the process visually for the relationship between the unemployment rate and wage growth. First, if we look just at the data, there's a hint of an inverse relationship (high unemployment means low wage growth): 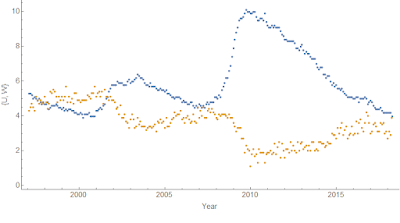 However, a lot of the data is in a period where one or both time series is undergoing a non-equilibrium shock (i.e. recessions, but also one positive shock in 2014). Let's excise that data (I discarded data that was within "two-sigma" of the center of the shock, see footnote here): 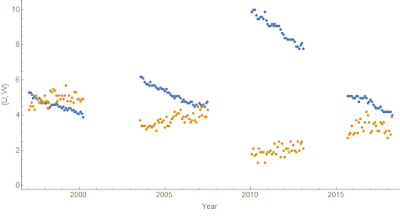 In order to show how much removing the non-equilibrium shocks helps us see that relationship between the (logarithmic) slopes, I've estimated the local slope across the entire data set (red) and also using the excised equilibria (blue): 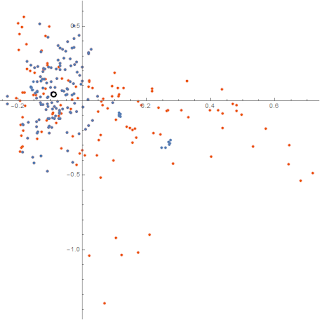 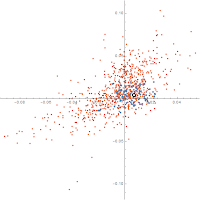 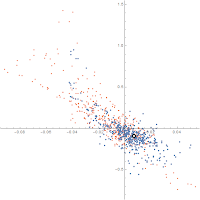 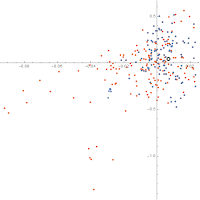 [1] I only used men in these cases because a large segment of the data for women's employment population ratio contains the approximately 40-year period (from 1960-2000) of non-equilibrium demographic shift of women entering the workforce.
Posted by Jason Smith at 2:30 PM