Down, down, down: the unemployment rate 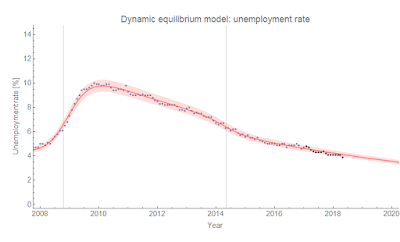 The unemployment rate showed its first fall in a few months, to 3.9% from 4.1%. Overall, the forecasts (model described here) from the beginning of 2017 (!) are doing fine almost one and a half years out. At least my forecasts. The historical forecasts from the FOMC and FRBSF look more and more like they're just playing catch-up with reality (and the Minneapolis Fed remains biased high). Eyeballing it, the lifetime of accuracy from the FRBSF forecast is about four to six months. 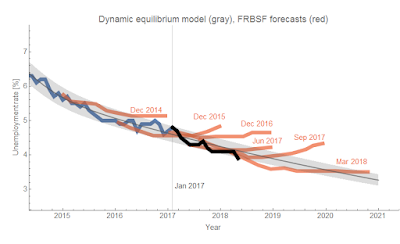 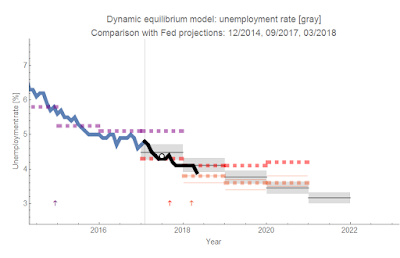 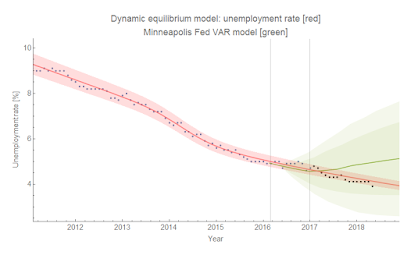