Update 25 January 2017: These predictions ended up being successful.

Here are some macroeconomic predictions through 2016 (the start of a presidential election year in the US), barring a significant shock [1]. First, I based all the estimates on a simple quadratic extrapolation of (the log of) data from 2013-2014 for NGDP, M0 and MB. These constitute my predictions for these variables, and from them I derive inflation, RGDP, interest rate and unemployment predictions. First, the assumptions: 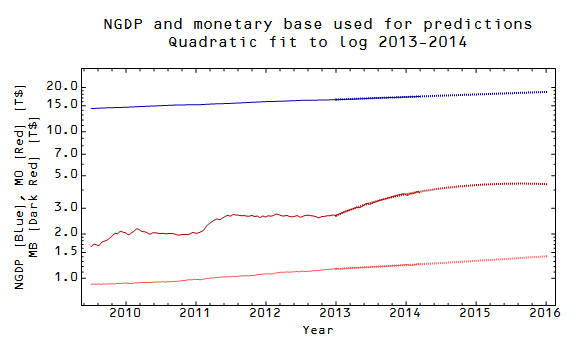 One thing is that there is a slight curvature to the MB data (including reserves) that seems to indicate tapering is beginning, at least to the quadratic fit. The impact of this falls entirely on the prediction of the 3-month interest rate (addressed later on).

One thing is that the predicted NGDP and M0 paths are consistent with a linear extrapolation of the NGDP shocks (i.e. the change in NGDP after accounting for monetary expansion): 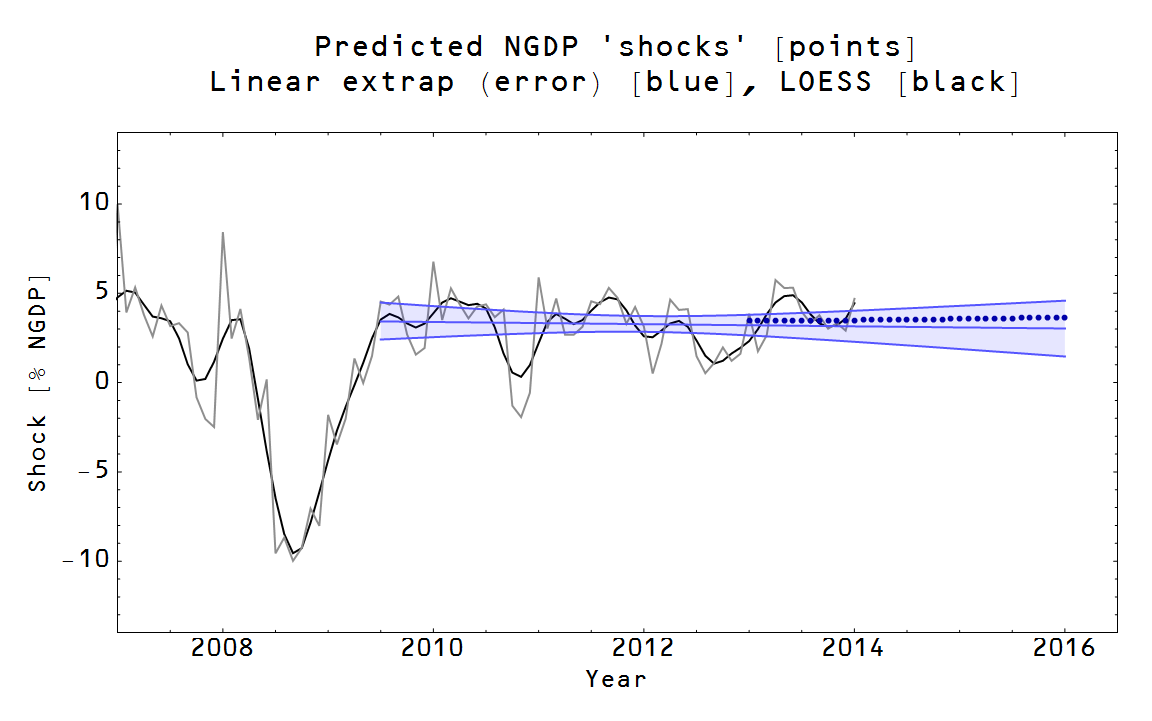 I looked at year-over-year inflation in order to compensate for the seasonal effects; here is the model, data and the prediction: 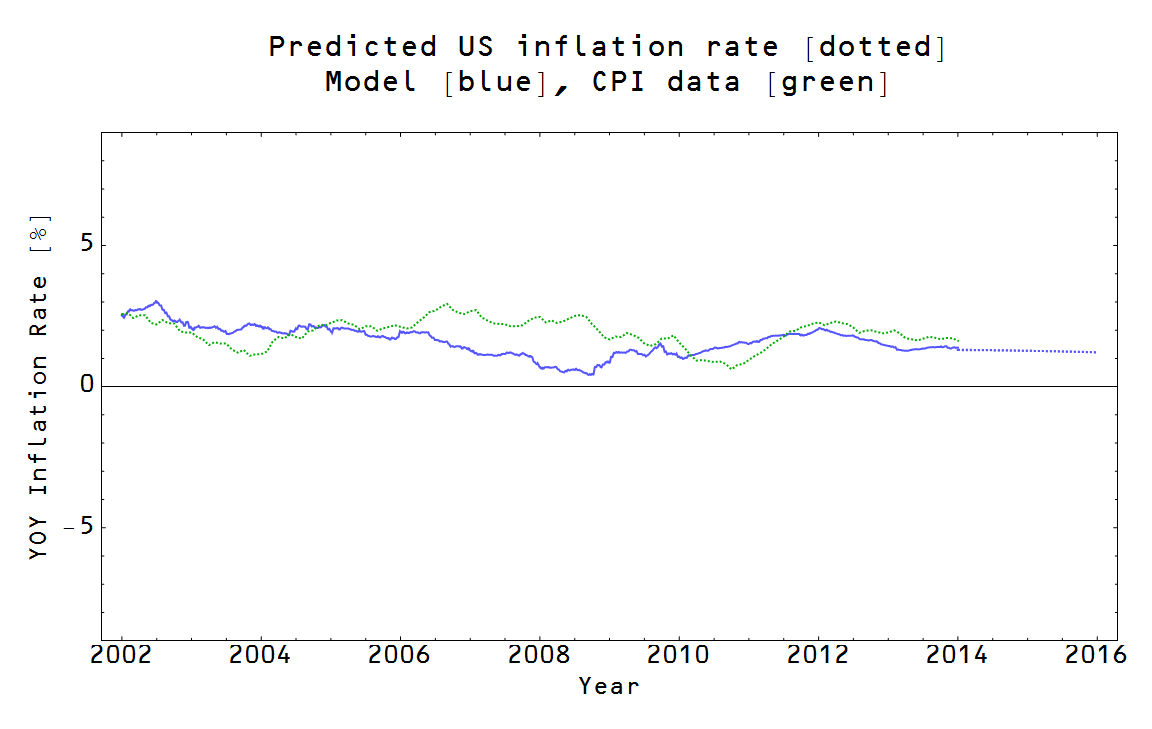 The model is predicting the Fed will on average undershoot it's 2% (or 2.5%) inflation target for the next two years.

The level of RGDP and its growth will be approximated by a linear extrapolation (constant growth rate) of a little under 3% year over year:

This must be "later on". The interest model gives a bound on the 10-year interest rate that is translated into an estimated bound on the 3-month interest rate. The predicted interest rate is then given by the data's average distance from this bound (and a +/-1 standard deviation window is shown): 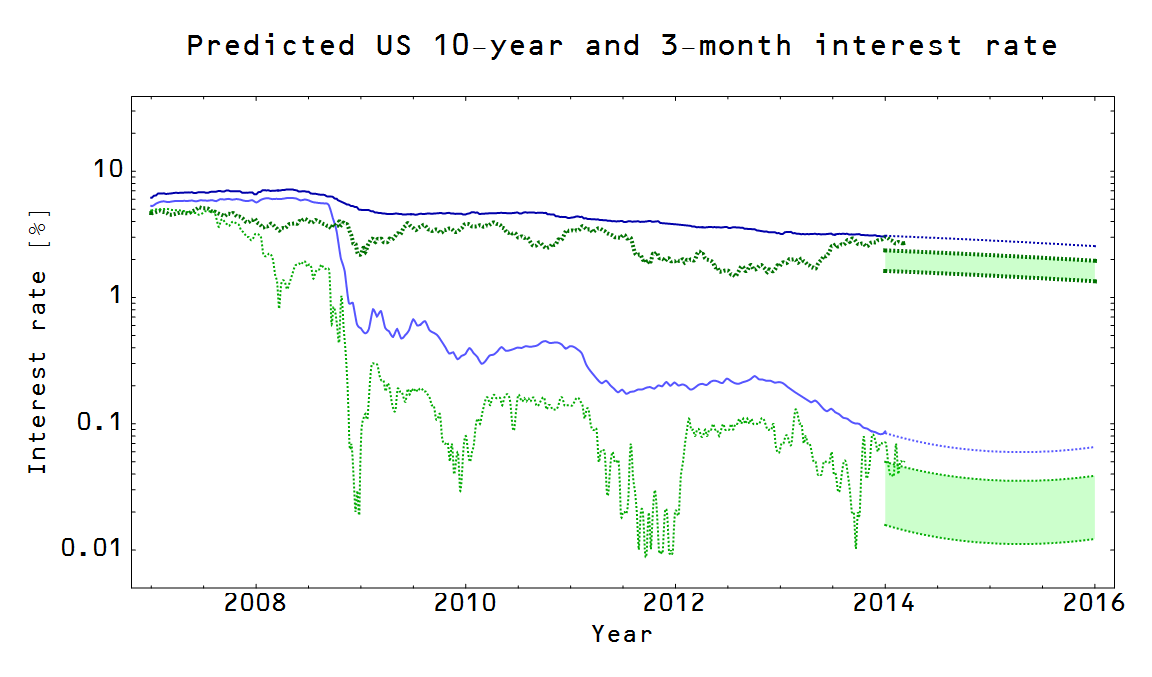 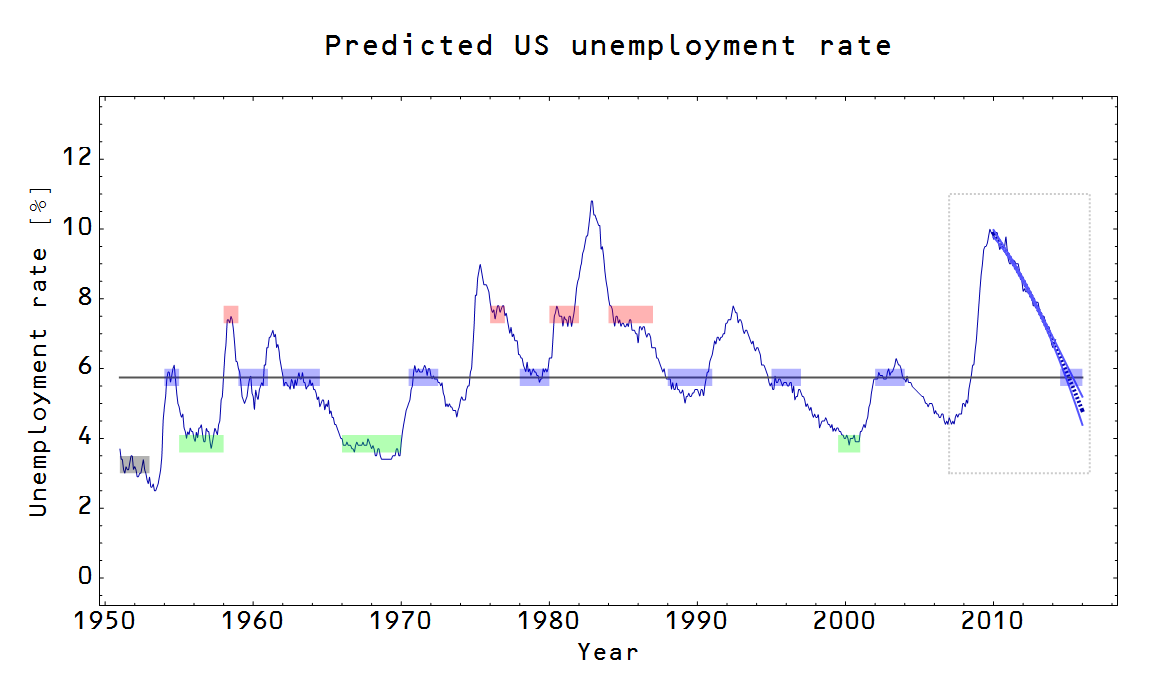 The typical rate passes through 50% (or more if you make the definition more restrictive) of those metastable periods. Including this information, the model predicts that unemployment rate will stabilize in Q3 of 2014 to Q1 of 2015. I zoomed in on the region shown as a box in the previous graph in order to make the extrapolation and the prediction clearer: 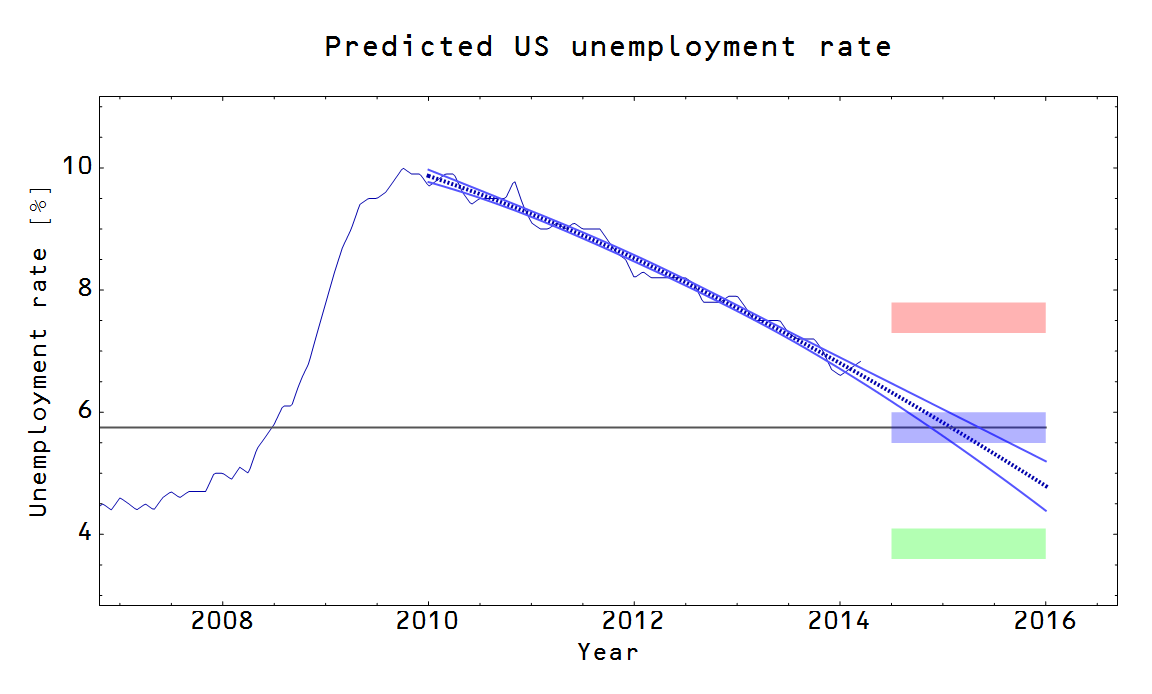 I'm not sure what could cause this metastability, but it seems ripe for investigation.

[1] The model does not predict when macroeconomic shocks will strike. In order to avoid the appearance of hedging by me, I'd like to set some parameters for these "shocks". They will appear as a significant deviation from the linear extrapolation in the "shocks" graph above, and will be considered the onset of an NBER recession.
Posted by Jason Smith at 5:21 PM