This is the model result (blue) for the total number of unemployed (data in green estimated from the TX civilian labor force and the state unemployment rate): 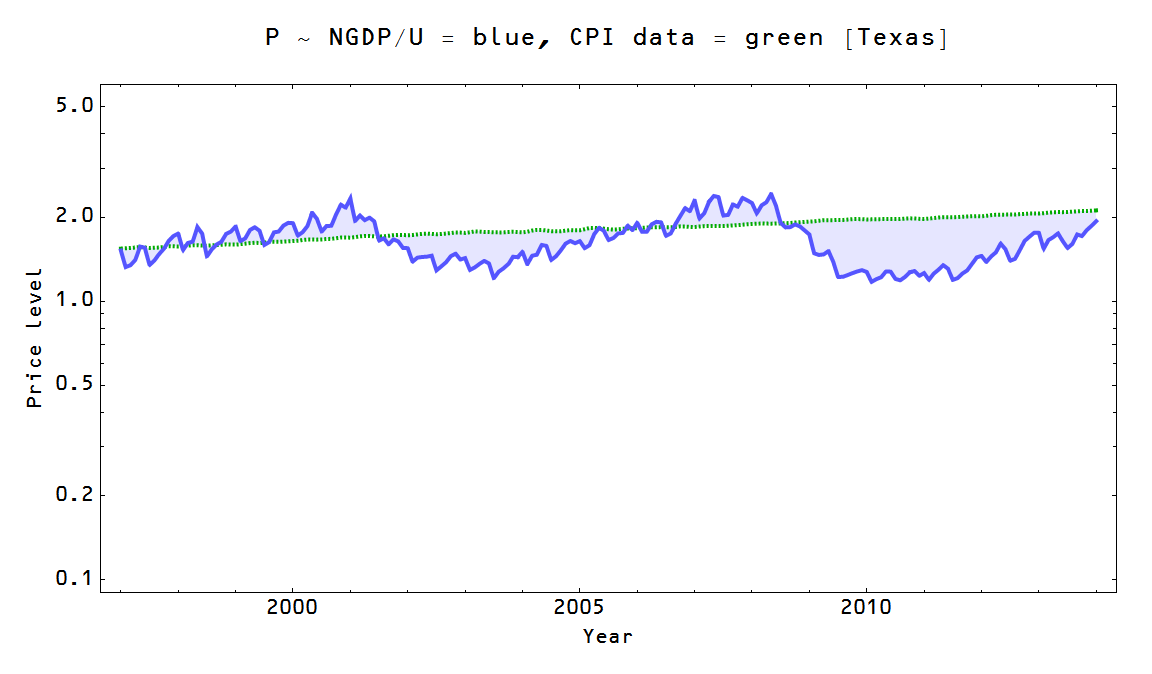 If we use the price level to define a typical level of unemployment (as we do here), then we can graph the unemployment rate for Texas (green, data) relative to this mean level (model, blue): 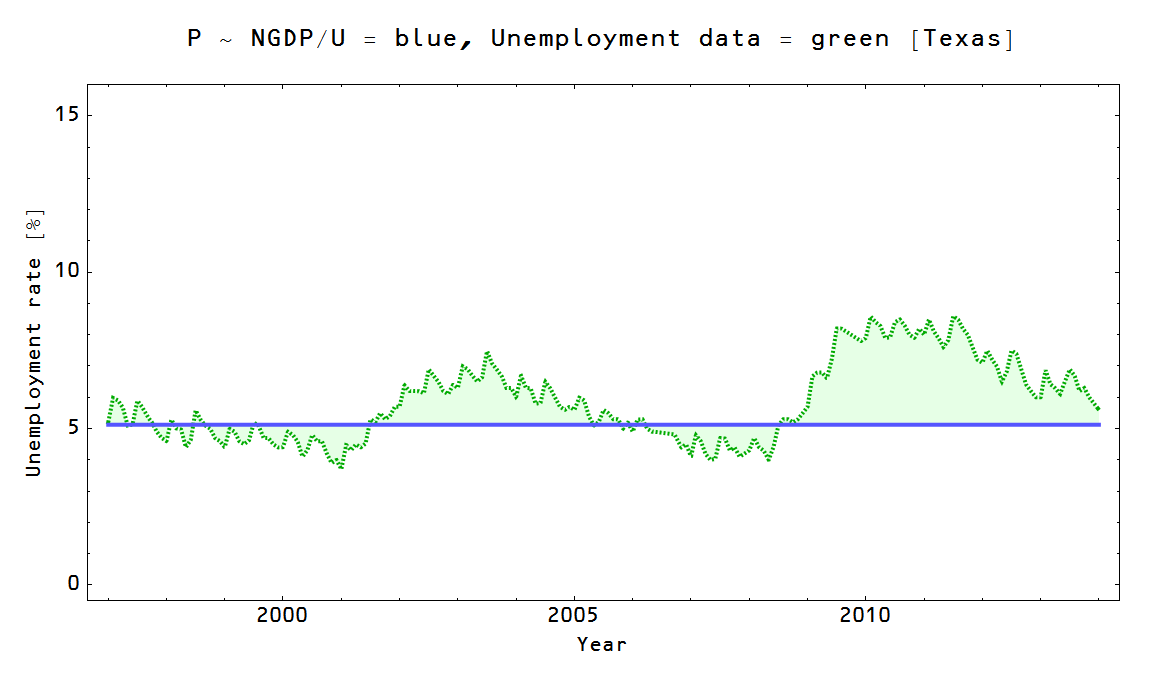 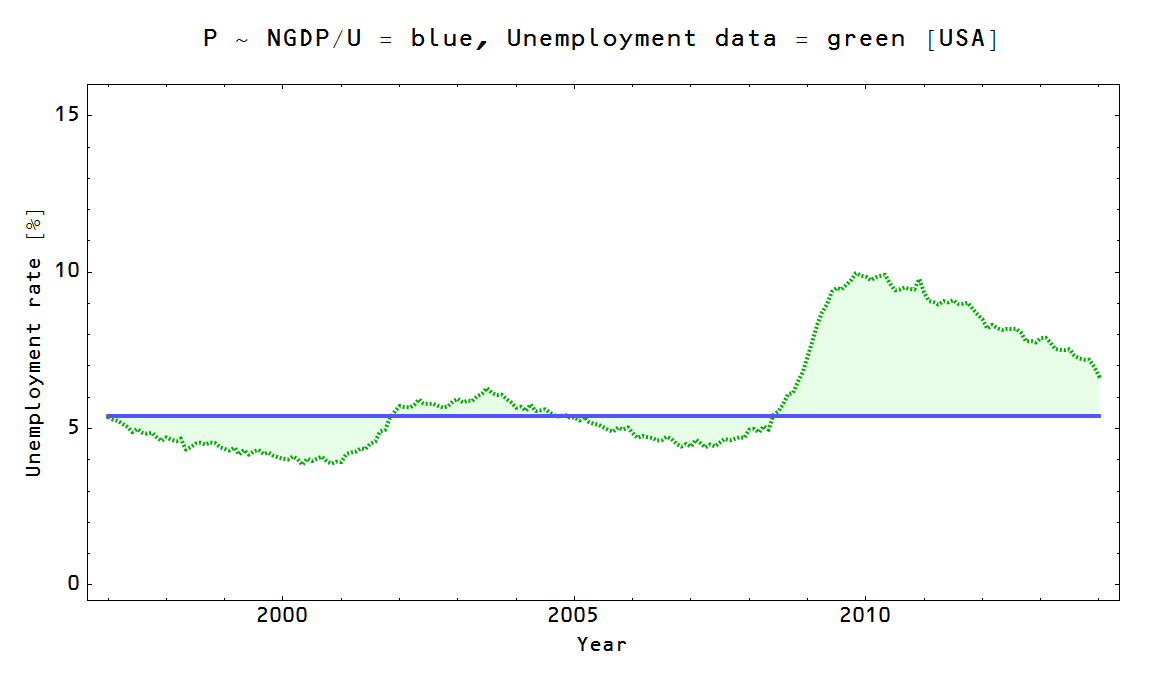 This doesn't like good evidence against or in favor of a Texas "miracle" in terms of employment. However if we look at the unemployment rate relative to the "typical" rate (based on NGDP and the price level), we can start to see an effect: 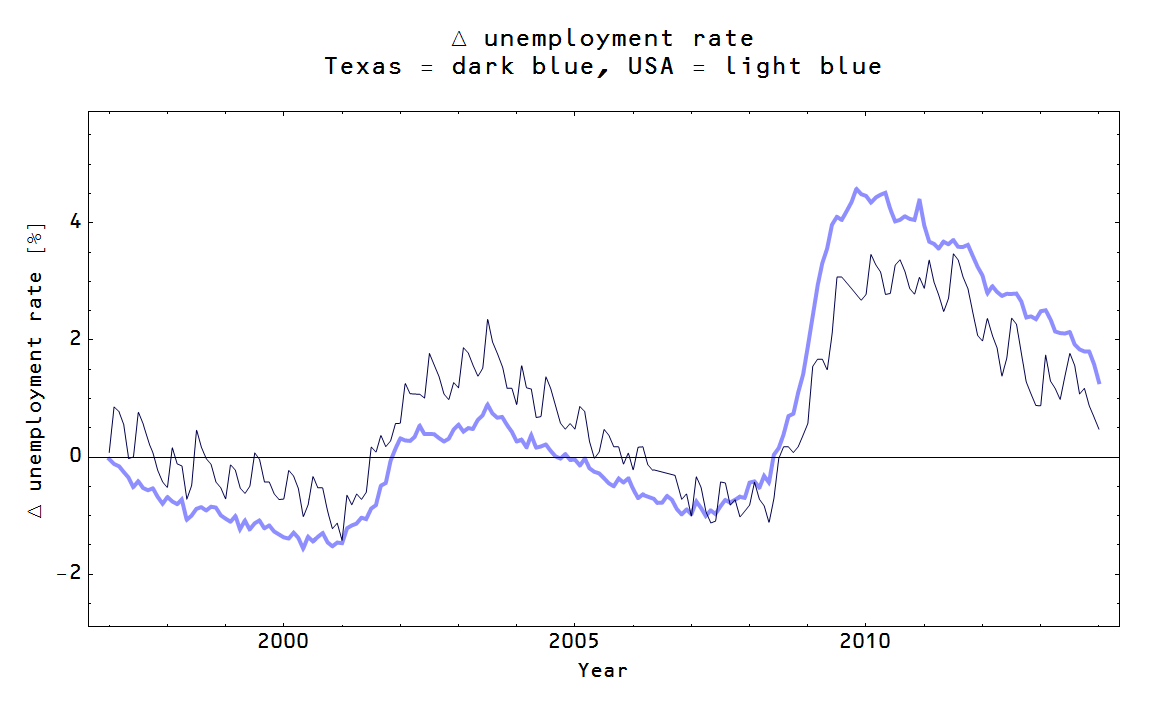 Texas seems to have had a higher unemployment rate than the US as a whole relative to its typical rate before the recession hit and lower afterwards. This means that the Texas "miracle" had an onset sometime after 2005. It is even more obvious if we look at the "double difference" =  (USA - typical) - (Texas - typical), i.e. the difference between the curves in the previous graph: 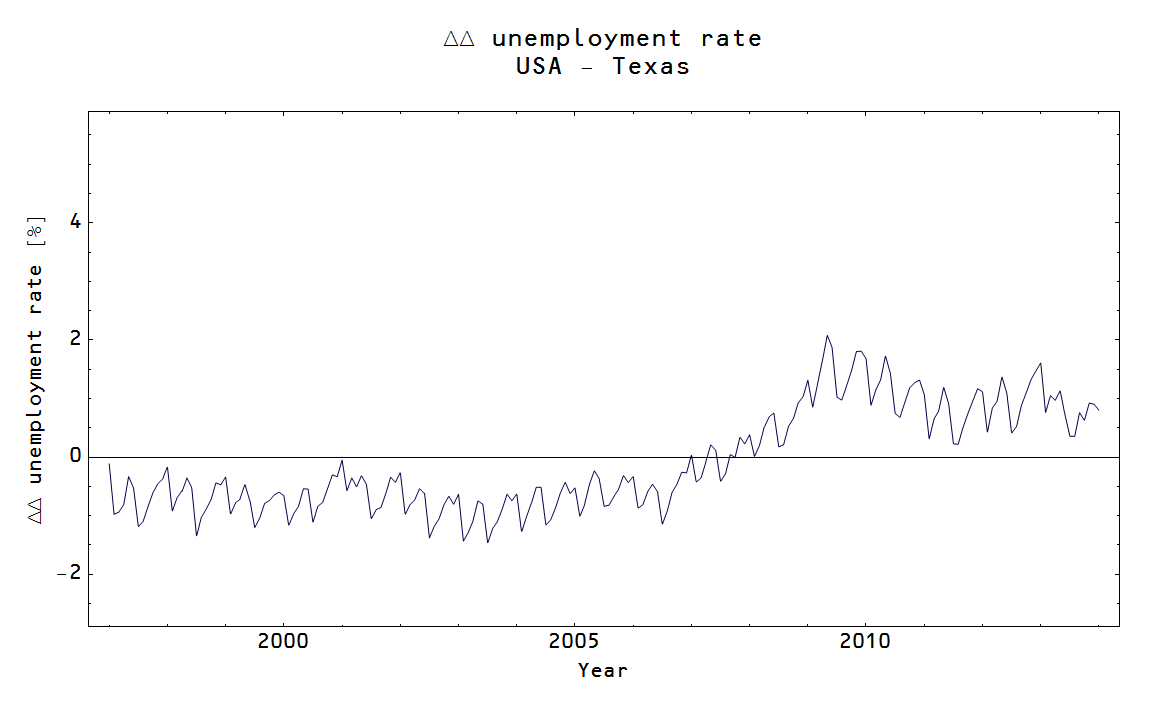 Here we have a constant level that takes off as the housing boom busts, reaches a peak in the financial crisis and then starts fading. The onset also coincides with the oil (and gas) boom that takes off in 2005. My guess is that the Texas "miracle" is one part oil (and gas) boom and one part not being as badly hit by the housing bust. Before the 2005s, under-performance was the norm. Sumner claims he knows the reasons for the low unemployment rate in Texas in his post I linked to above:

Sorry liberals, but there really is a Texas miracle, and it has nothing to do with “multipliers.”  It is explained by the fact that working class people like to move to states with low living costs (due to flexible zoning), and businesses and high skilled professionals like to move to states with low income taxes.  The working class cares more about the low living costs than the fact that Texas offers less expensive welfare programs than California.  They come to Texas to work, not to collect welfare.  The businesses bring them the capital they need to be productive workers.

This is incorrect. Texas had all of these things in place before 2005. Only the (lack of a) housing bust and the oil boom have serious enough macroeconomic implications to explain why Texas seems to be doing better in the current recession and why that started after 2005.

PS I grew up in Texas and my Dad worked for the oil and gas industry since he left college (until he retired last year). Anecdotes about Texas or the oil industry used in attempts to refute this analysis will be summarily ignored :)
Posted by Jason Smith at 3:48 PM