A quick post; here's more evidence we can label the difference between the model result (green) and the data (LOESS smoothed, black dotted) as the Fisher effect (the effect of expected inflation on interest rates). In the previous post, the 10-year rate is decomposed into its various components giving this graph: 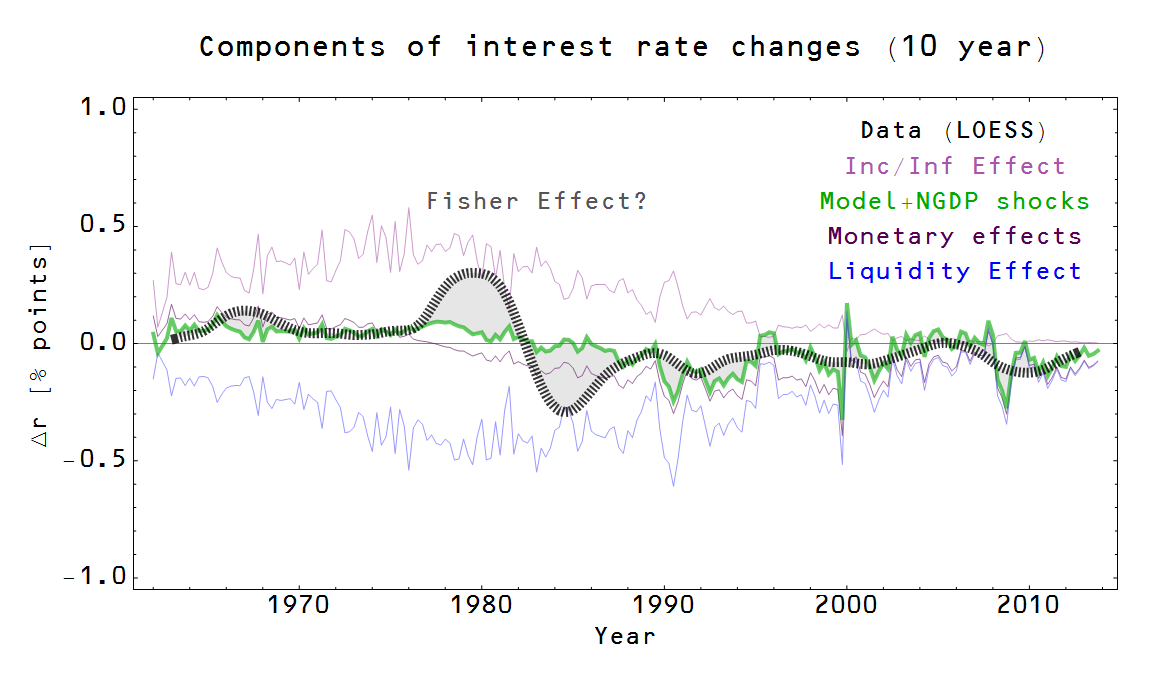 I tentatively labeled this discrepancy the Fisher effect because it occurs during the inflation (stagflation) scare of the late 70s and is reversed after the Volcker disinflation. The Fisher effect is supposedly a "long run" effect on interest rates that causes rates to rise with an increase in the money supply (expected inflation raises interest rates). Monetary expansion in the short run lowers nominal interest rates due to the so-called liquidity effect (or, what we should just call supply and demand because adding money to the economy should lower the rental cost of money).


What is this additional evidence that this really is the Fisher effect? Well I ran the model for the 3-month (short run rate) and discovered the strong Fisher effect in the 70s-80s apparent in the 10-year rate largely vanishes in the 3-month rate (within the data/model error): 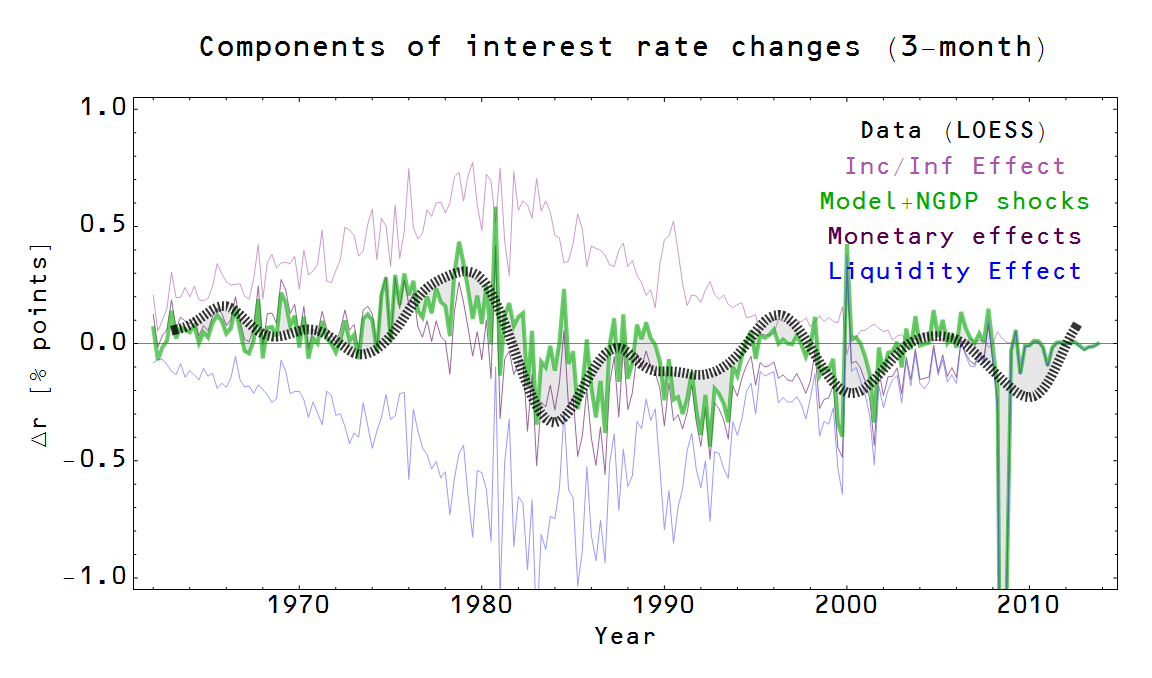 The Fisher effect should disappear on shorter time scales as expected future inflation should have a larger effect on long term treasuries than short term -- exactly as seen here. Now this isn't conclusive evidence, just evidence that whatever the gray-shaded deviation is in the 10-year data it has properties consistent with the Fisher effect: greater impact on long term rates and occurring during periods of high/changing expected inflation.
Posted by Jason Smith at 1:59 PM