Are interest rates a good indicator of recessions?

Vincent Cate commented on my earlier post asking if I had looked into Austrian business cycle theory. My earlier post had been about whether you could predict recessions by looking at whether the economy had gone off the information transfer model (ITM) "theoretical NGDP path" shown in gray (data is shown in blue and recessions marked in red): 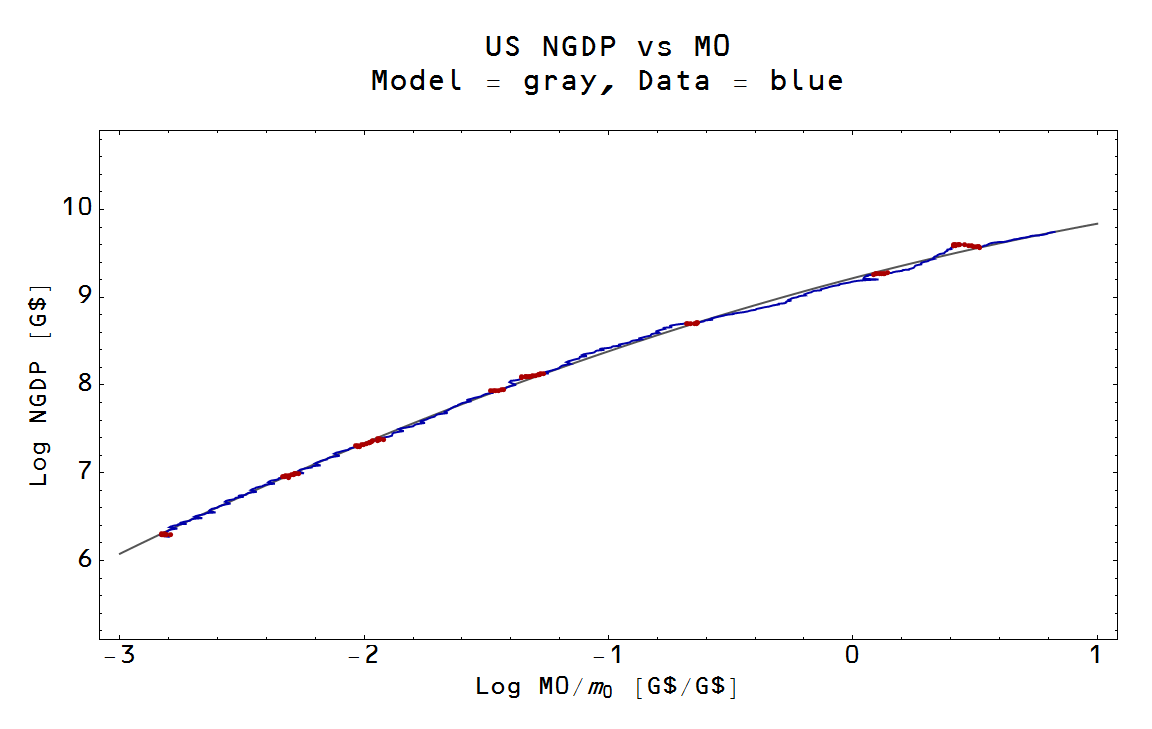 Austrian business cycle theory makes the prediction that printing money and/or low interest rates lead to malinvestment that turns into credit crunch (recession) when it becomes unsustainable. Since the theoretical NGDP path (gray, above) can be plugged into the interest rate formula to show how interest rates "should" behave, I thought that we could test the Austrian model against the ITM. The result was inconclusive for the long term interest rates (10-year Treasury): 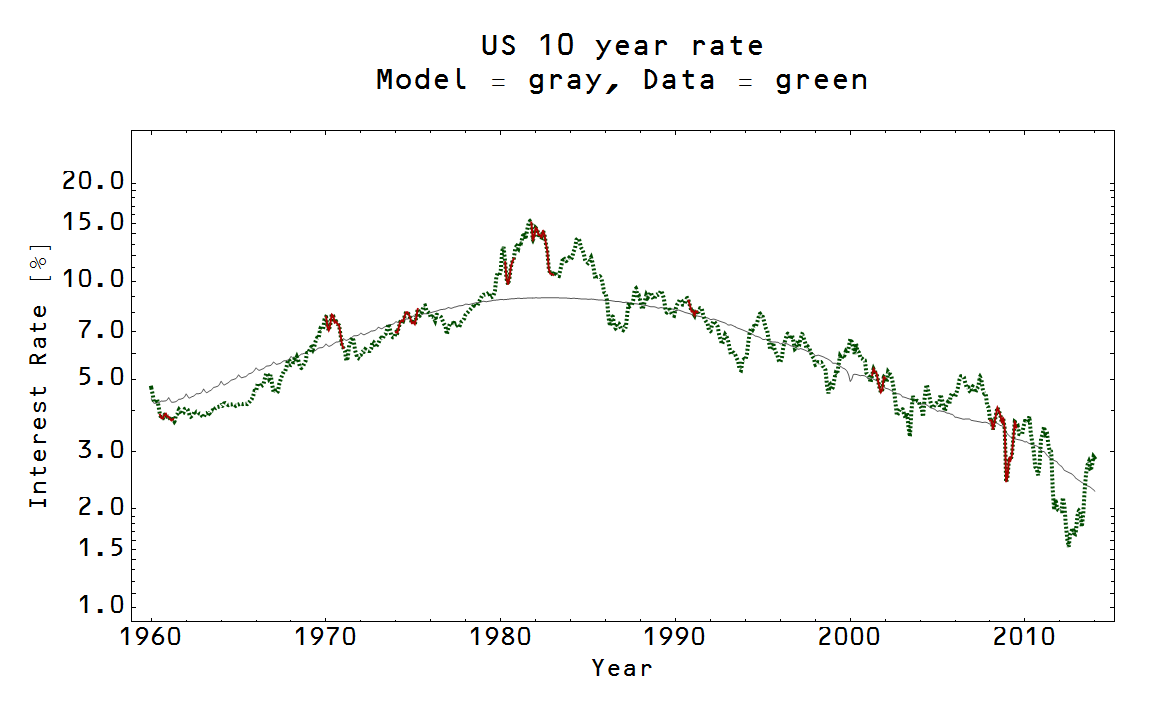 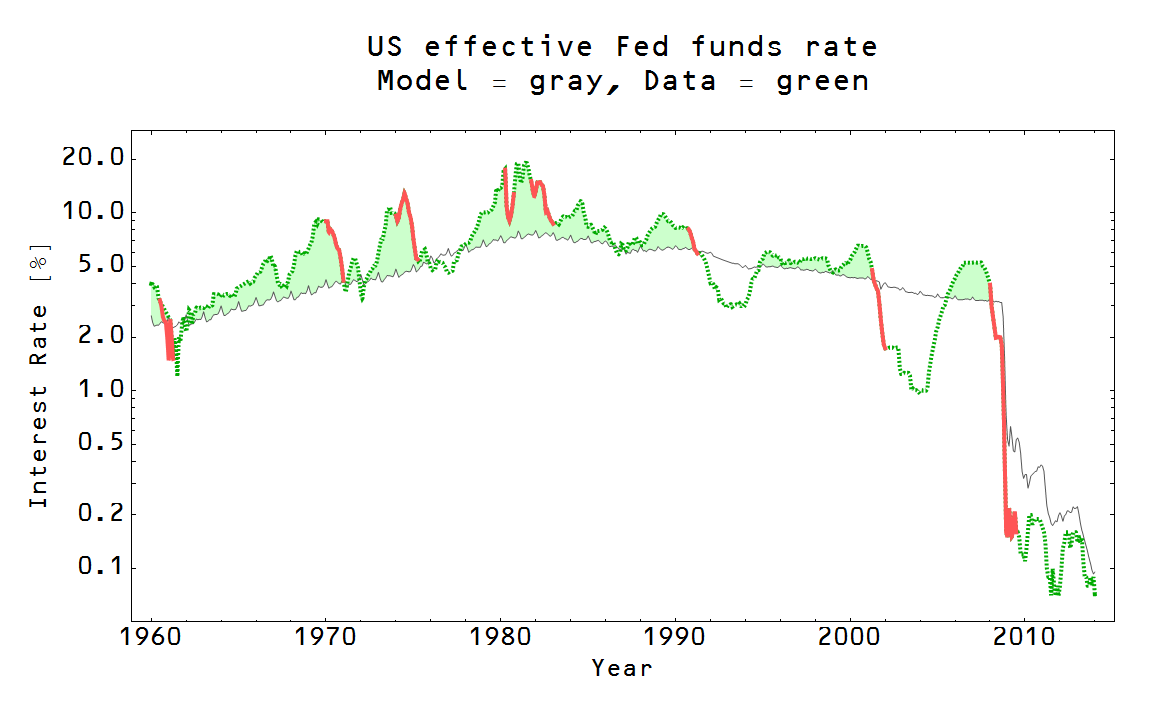 Almost every time the actual effective Fed funds rate (green) is above the theoretical curve (gray) a recession follows. This is actually a better indicator than NGDP in the earlier post.

Answering the question in the title: yes, short run interest rates seem to be a good indicator. There are still some other questions here. Are rates high because the central bank is trying to cause a recession? Are rates low afterward because of the response from the Fed? To help answer these questions, here are the theoretical long and short run interest rates on their own: 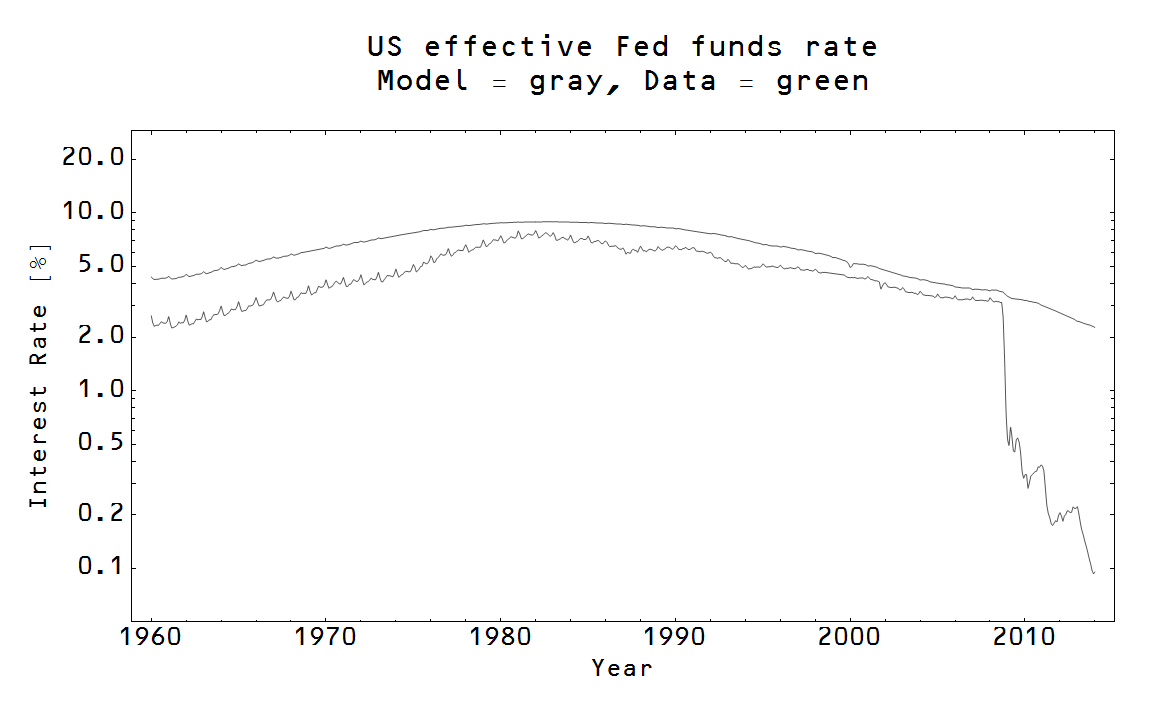 Markets desiring high interest rates could be a sign of many things (never reason from a price [change]), one of which is expected future NGDP growth (why put money in Treasuries when there are higher returns in the stock market or other investments -- a mechanism that lowers demand). That is interesting: it is an indication that over-optimism can lead to a recession (as I've discussed before). Another possibility is that high rates result from an excess supply of Treasuries (too much government deficit spending outside of a recession leads to a recession). There are other possibilities; feel free to add your own in comments!

[I should be extra careful I got that right: high rates mean a low price for a Treasury bond. Low prices mean a demand deficit or excess supply.]
Posted by Jason Smith at 9:40 PM