I made some predictions back in March about the path of the US economy, so with the release of unemployment data today, I thought I'd update the plots from that post to see how the information transfer model is doing. Overall, it's doing just fine.


This first graph wasn't a prediction of the model, but instead the projected path of NGDP and money that forms the basis of the inflation, RGDP and interest rate predictions. It turns out the economy has followed these reasonably well: 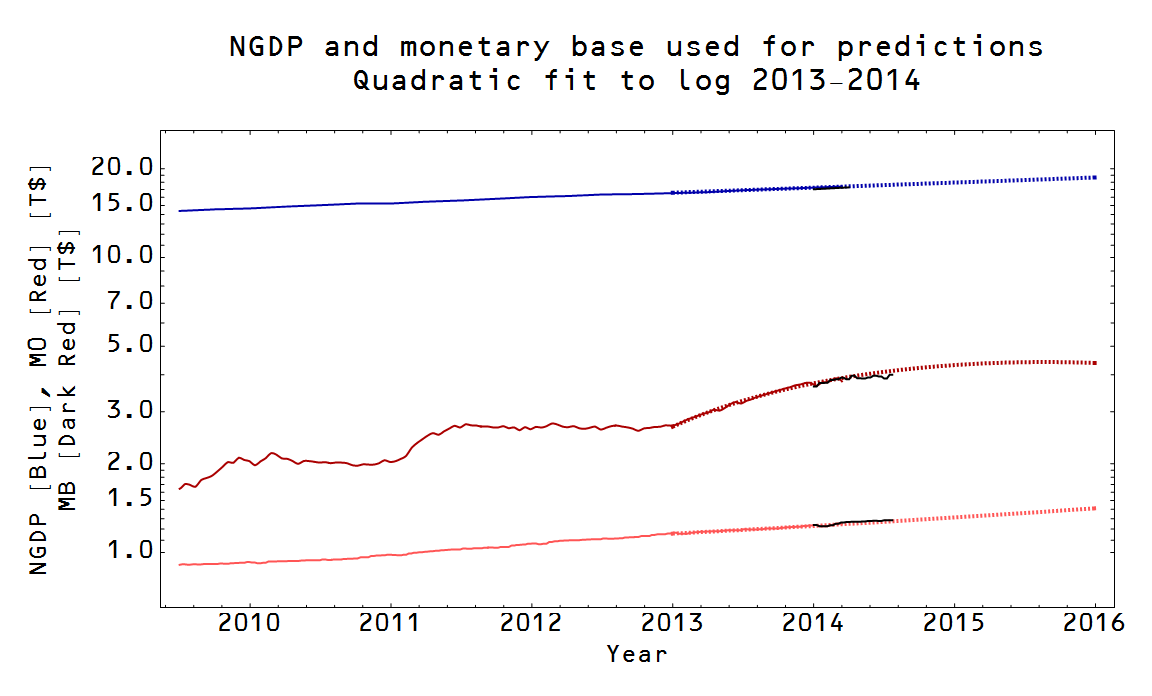 That means the predictions of the model should still apply. However, it appears now that there was a fairly large NGDP shock coming from the sequester: 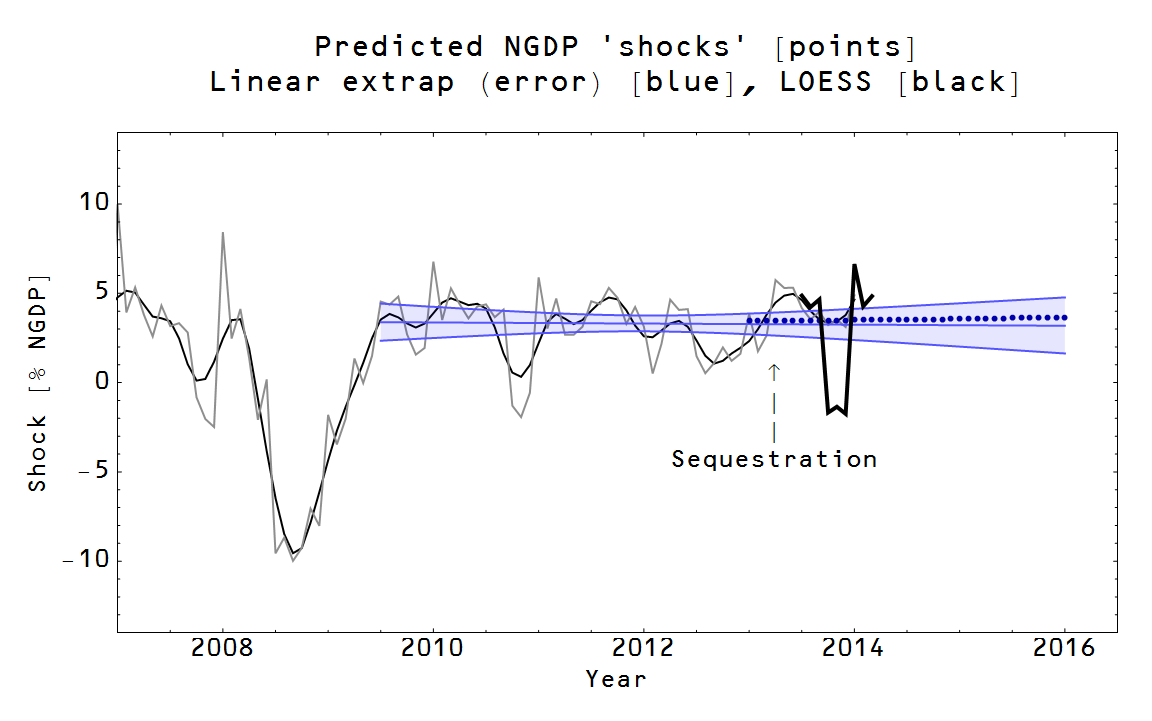 This is contra Sumner's view that NGDP actually did better in 2013 than 2012, and shows the importance of having a model. NGDP can have the same path for both Sumner and myself, but he sees growth (despite the data) and I show a large shock following the sequester. 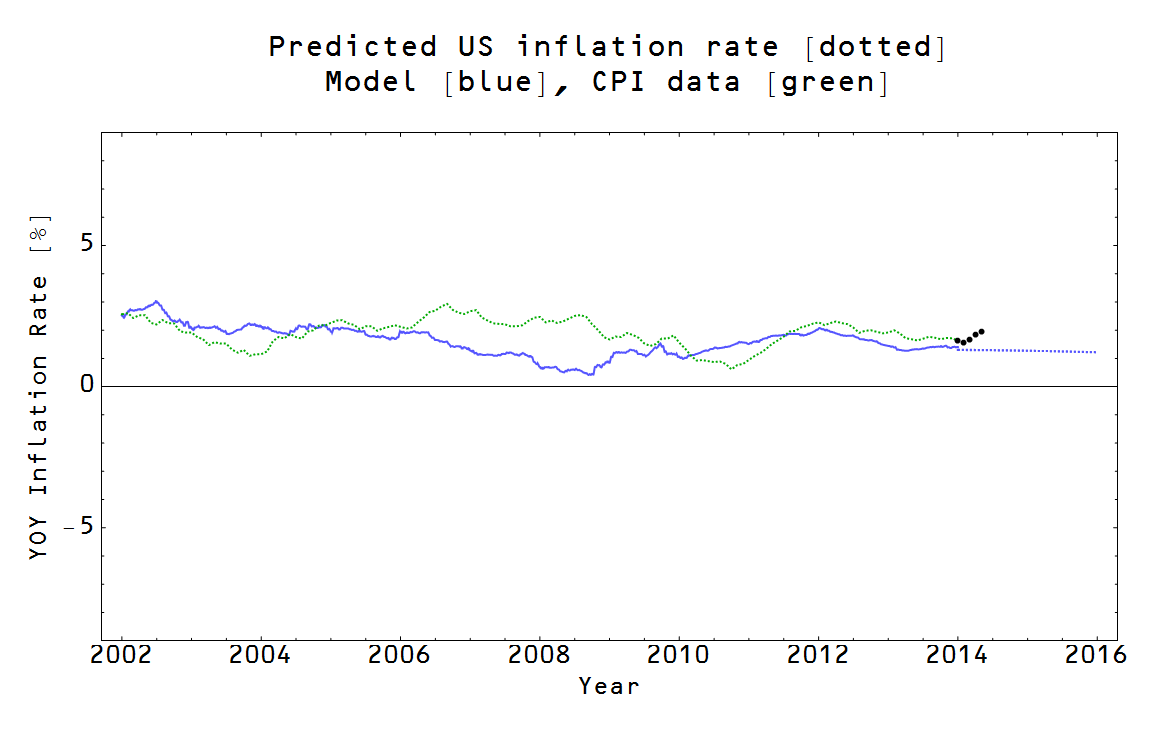 A bit high, but well within the normal fluctuations for YoY inflation. Inflation and NGDP come together to give us YoY RGDP growth: 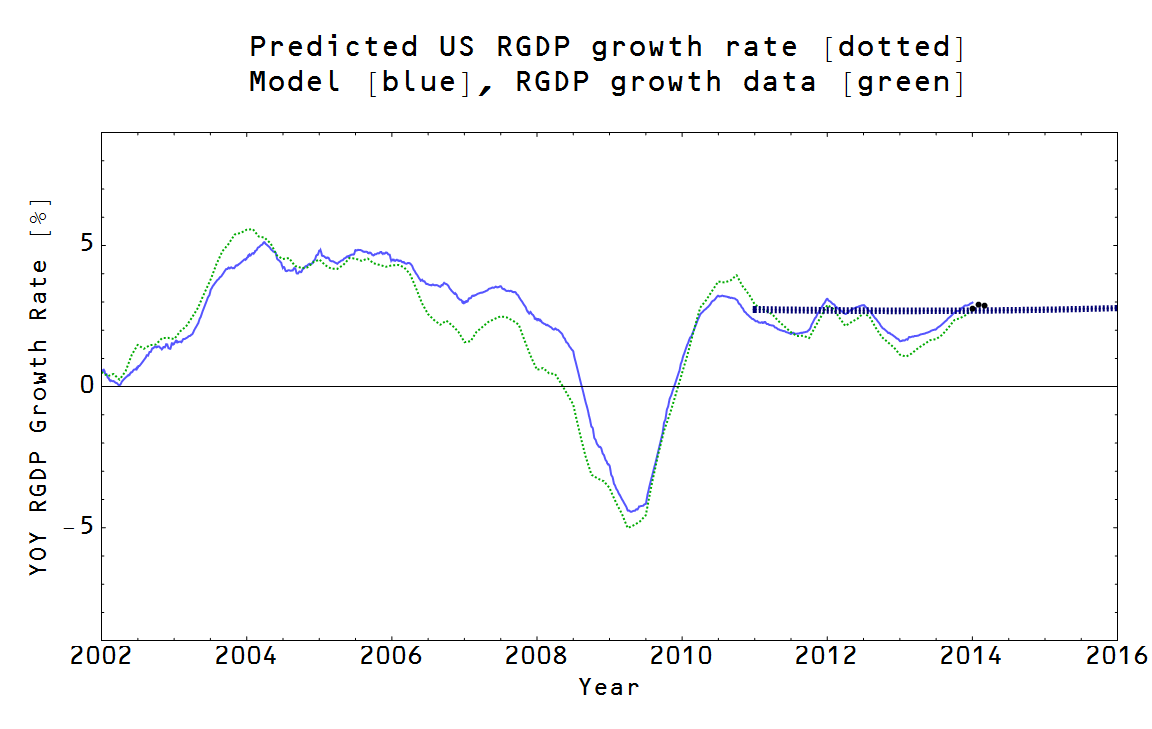 Here are the interest rates: 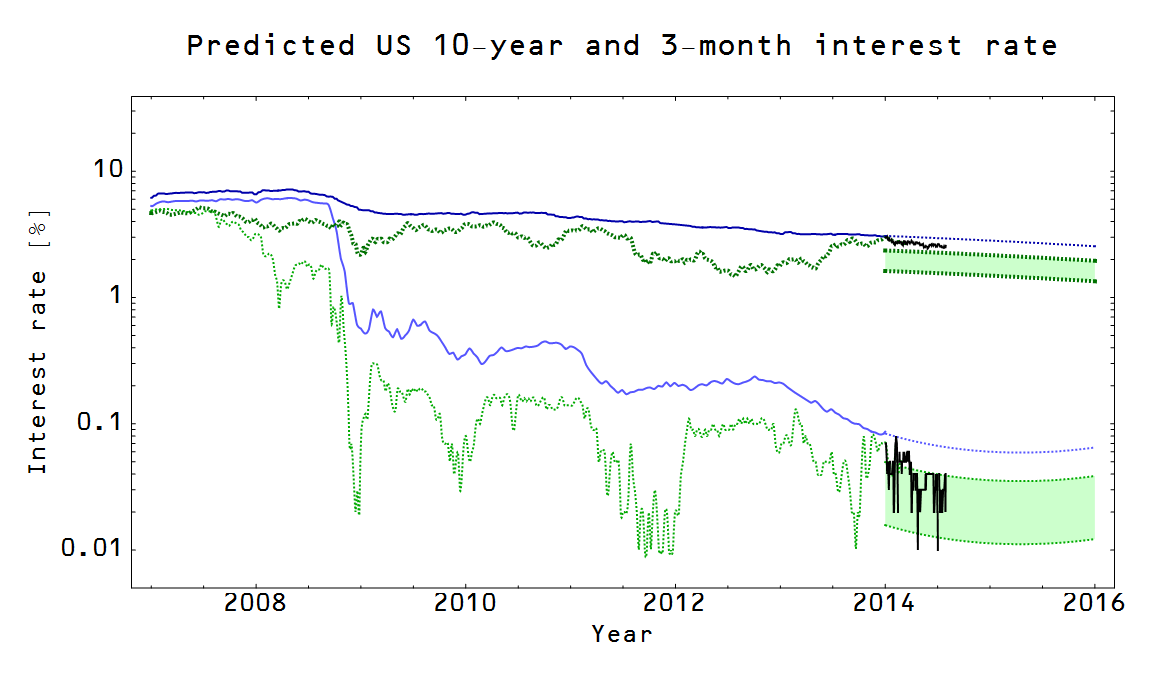 10 year rates are a bit above the expected value (I used the "upper bound' version of the interest rate model in the prediction).


And finally, we come to the unemployment rate. The information transfer model only says that the blue rectangular area is the economy's "natural rate", so the predicted curve is only a quadratic extrapolation. The prediction is that unemployment will start to flatten out when the prediction reaches the blue band (i.e we should start to see "positive curvature") 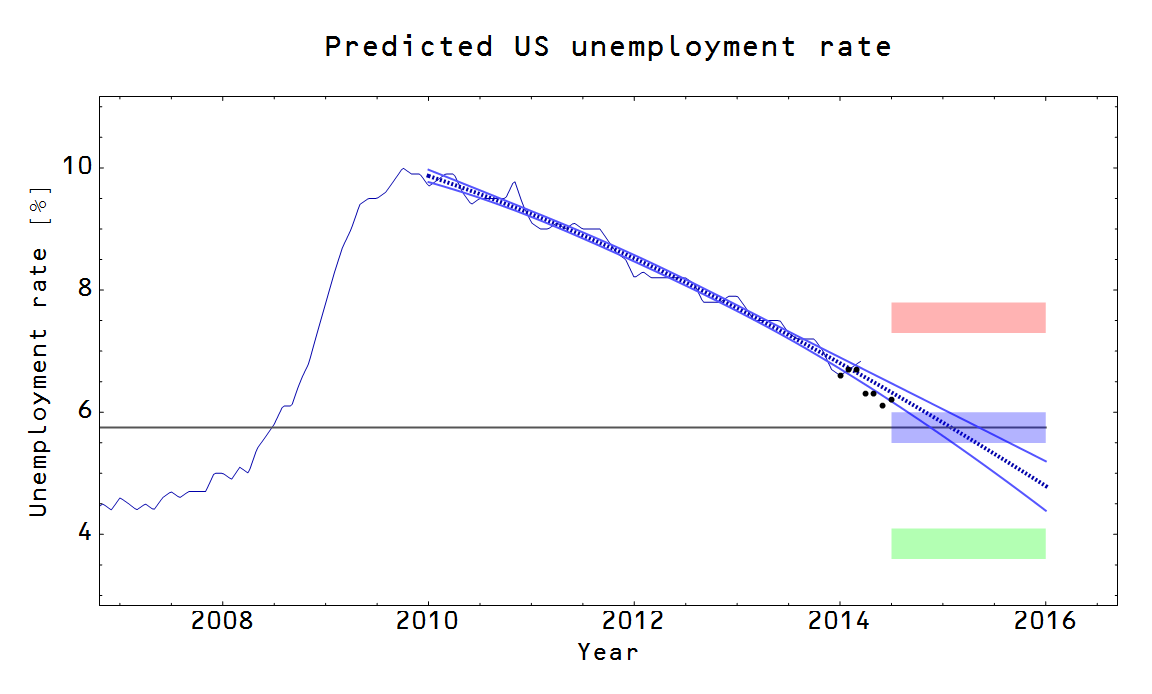 Overall, the model seems to be working just fine.


PS: There are actually seven parameters M0, γ, α, κi, c (interest rate), κL, and κU, but the normalization of the price level is arbitrary (α could be redefined to be 1 by picking a different year as the base of the price level -- and it actually drops out of all the predictions above) and κL and κU only appear as the ratio u* = κL/κU. Therefore there are only five meaningful parameters: M0, γ, κi, c, and u*.
Posted by Jason Smith at 10:15 AM