In which I agree with John Cochrane

When I first read what John Cochrane said about interest rates, it was in a quote at Noahpinion:

[S]tandard theory makes a pretty clear prediction about [QE's] effects [on interest rates]: zero. OK, then we dream up "frictions," and "segmentation," and "price pressure" or other stories.

I thought this was ridiculous; anyone can see that the 3 month interest rate dropped precipitously (to the zero lower bound) at the onset of QE: 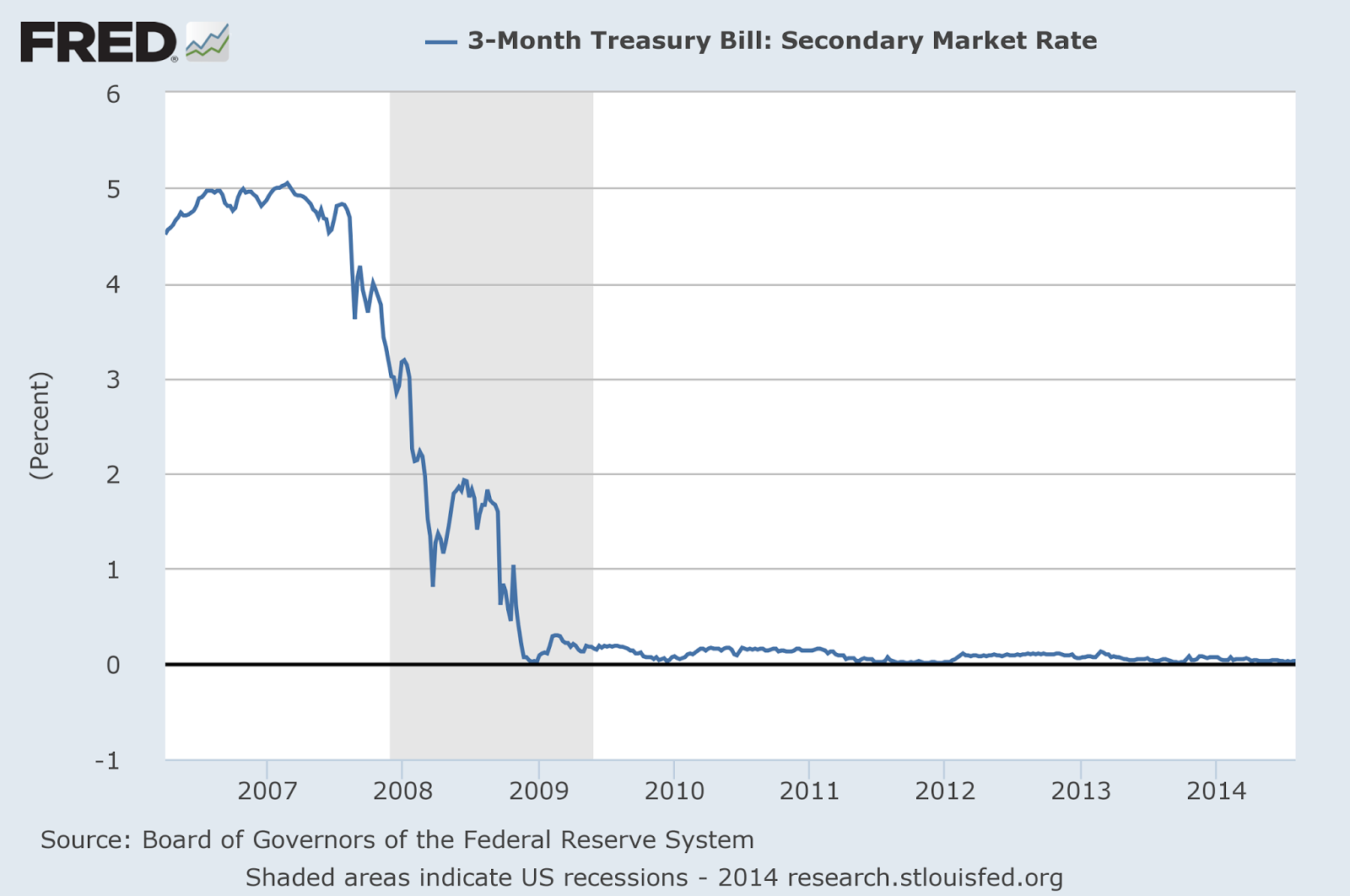 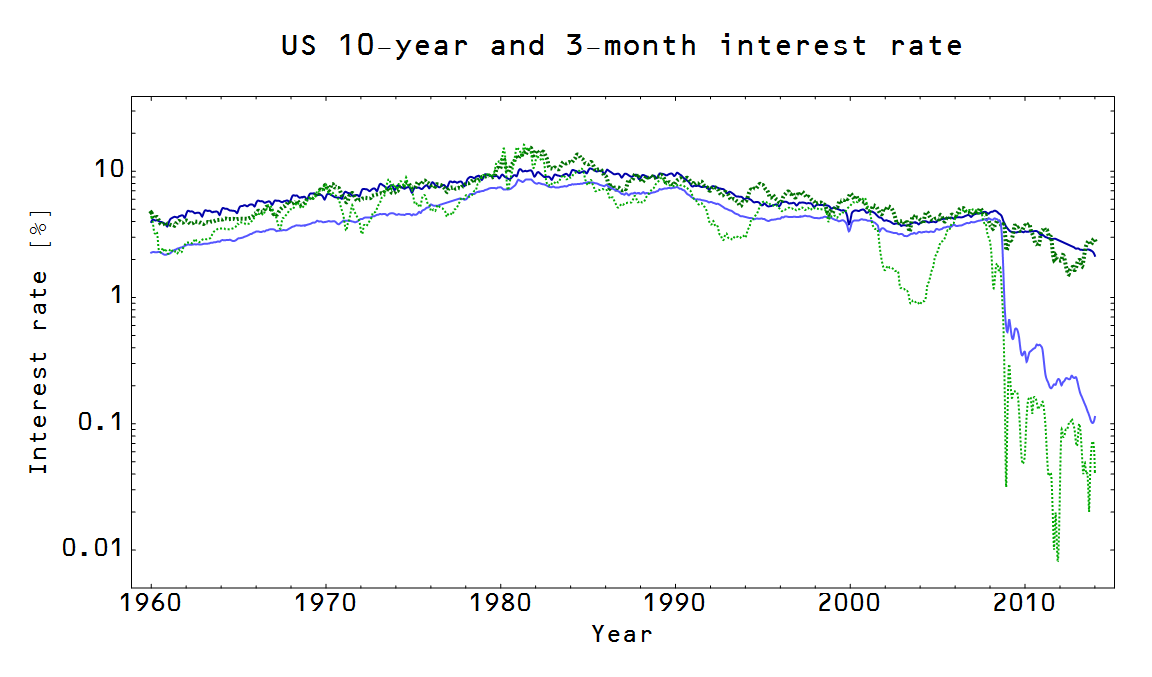 The M0 model result is the darker blue line, while the MB result is the lighter blue one. The 10 year rate is darker green, while the 3-month rate is lighter green. The fit for both uses the function

Now if the Treasury were to print more currency (or the Fed somehow caused banks to request more currency which would then grant Fed grants), then that would bring down long term interest rates. At least it would in today's economy with the "liquidity effect" dominating because log M0/log NGDP is close to ~ 1. If we were back in the 1970s, the extra currency would cause rates to rise via the inflation/income effect (log M0/log NGDP was closer to 0.5). See here for more details.

While I agree that QE has no impact on  long term interest rates, I don't agree with the just-so argument behind it. This has nothing to do with Wallace neutrality or Modigliani-Miller. It has to do with the information exchanged in the treasury markets in an economy and monetary base of a given size. The result requires ideal information transfer (information transmitted from the demand is equal to the information received by the supply), which is the information theory equivalent of "complete frictionless markets", but it is independent of government policy (except inasmuch as it affects NGDP, the monetary base or level of currency). The fluctuations around the theory likely come from non-deal information transfer and could be anything -- and likely stems from (irrational) human behavior.
Posted by Jason Smith at 5:21 PM