Monetary regime change in the UK?

I've been home with a cold the past couple of days and was inspired by Simon Wren-Lewis's post on recent GDP data out of the UK to update the results (which I hadn't done with contemporary data in awhile).

In doing so, I realized that the fit to the price level didn't actually work for CPI data after 2008 -- the discrepancy is so large that it hints at the possibility of monetary regime change in the UK. However, there does not seem to be anything that the UK did that was different from the US in terms of monetary policy -- both nations conducted QE, bailed out banks, and neither devalued their currency though an exchange rate peg. Why then would the US not have a regime change while the UK did? The UK switched from an inflation target range in 1997 (and to CPI from a retail price index in 2003). Basically, this could be construed as evidence against the information transfer model requiring an ad hoc monetary phase transition to fit the data.

Any other ideas? Am I missing something?

There are no other problems besides the price level (I show the transition region is shown in gray and the two regimes in purple and blue -- the second regime uses a constant value of the information transfer index): 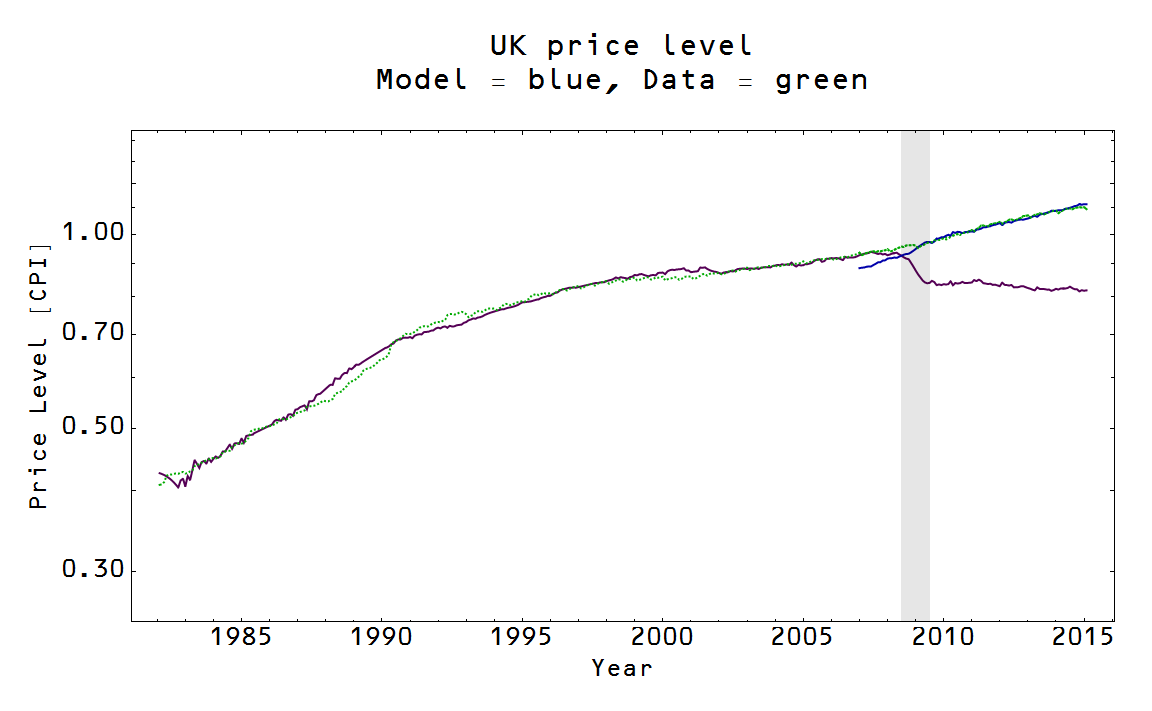 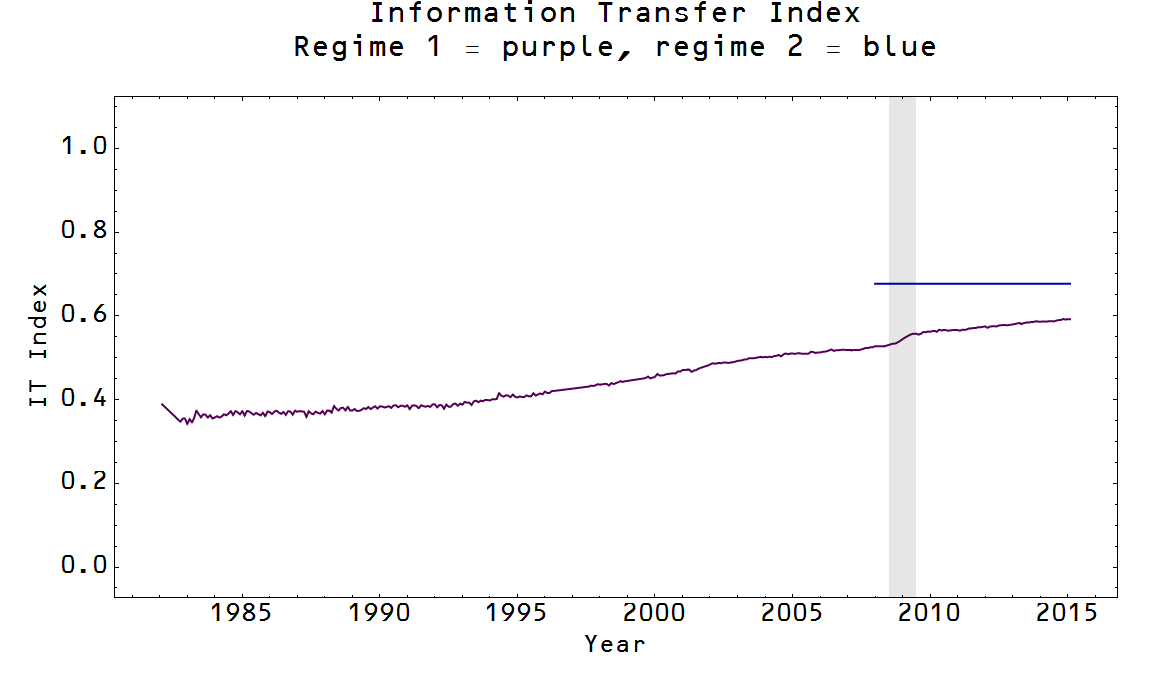 Here are the long (10 year) and short (3 month) term interest rates (I could only find data on monetary base reserves from 2006): 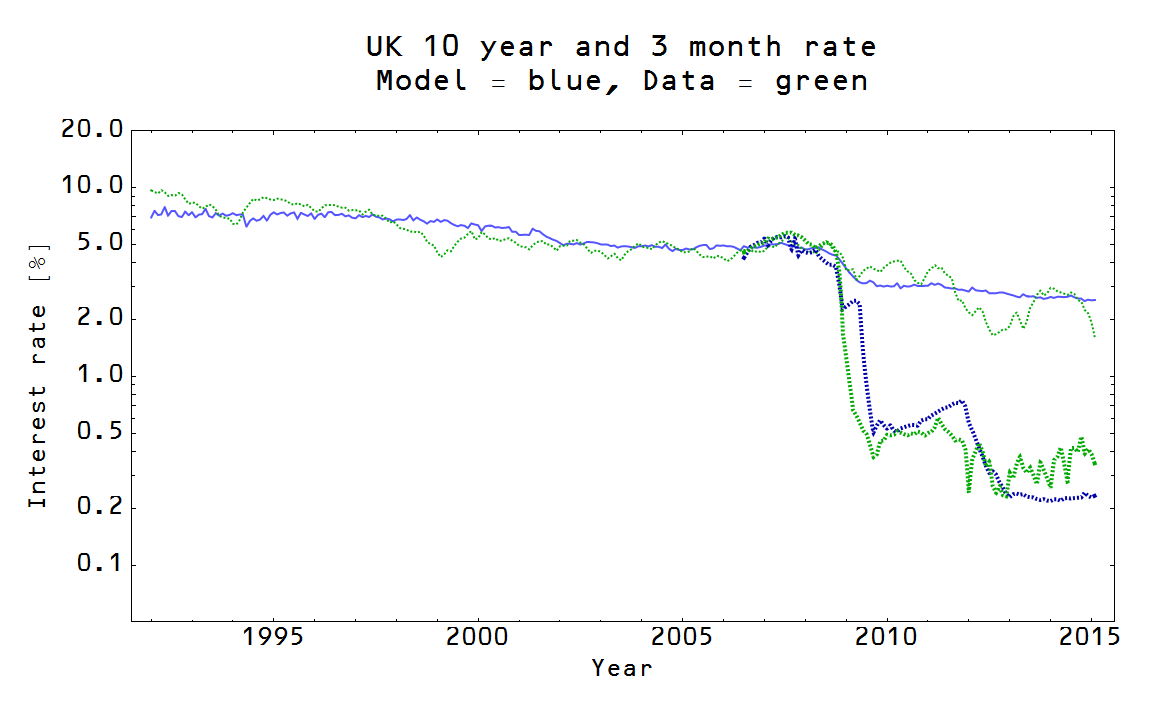 Note that interest rates appear to be unaffected by regime changes (see e.g. here). And here is the path of NGDP vs M0 (that I've described e.g. here for the US): 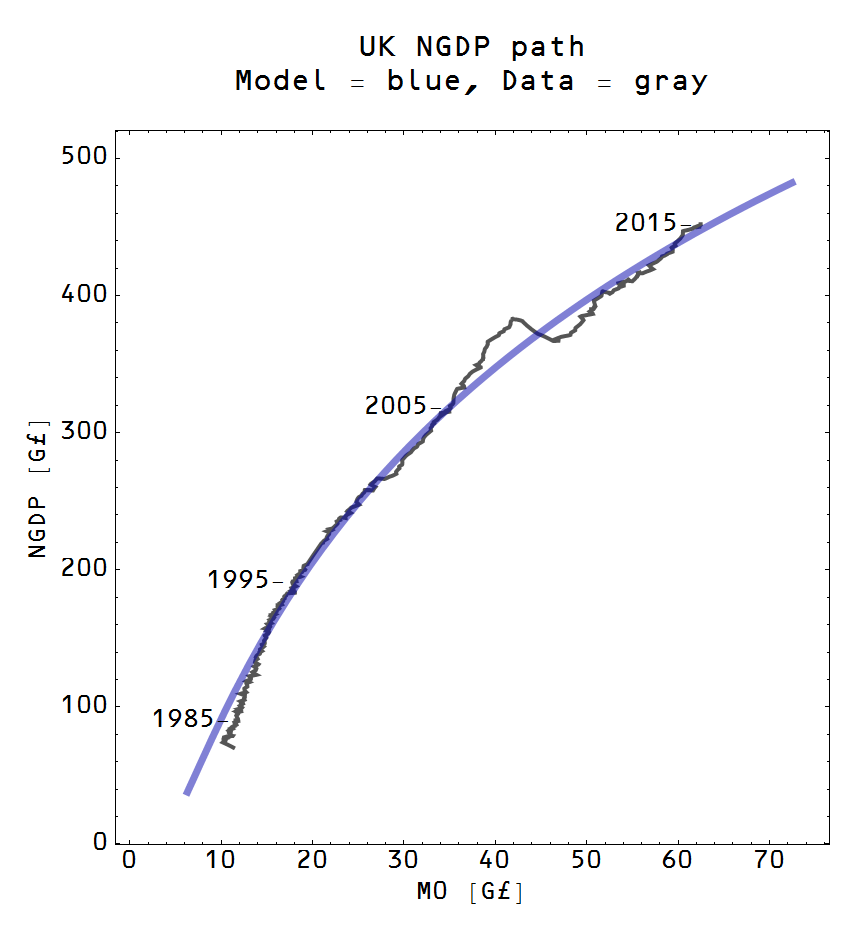 Update 4/2/2015: Here is the inflation rate (since I don't have seasonally adjusted data, I did a bit of LOESS smoothing to erase some of the high frequency components): 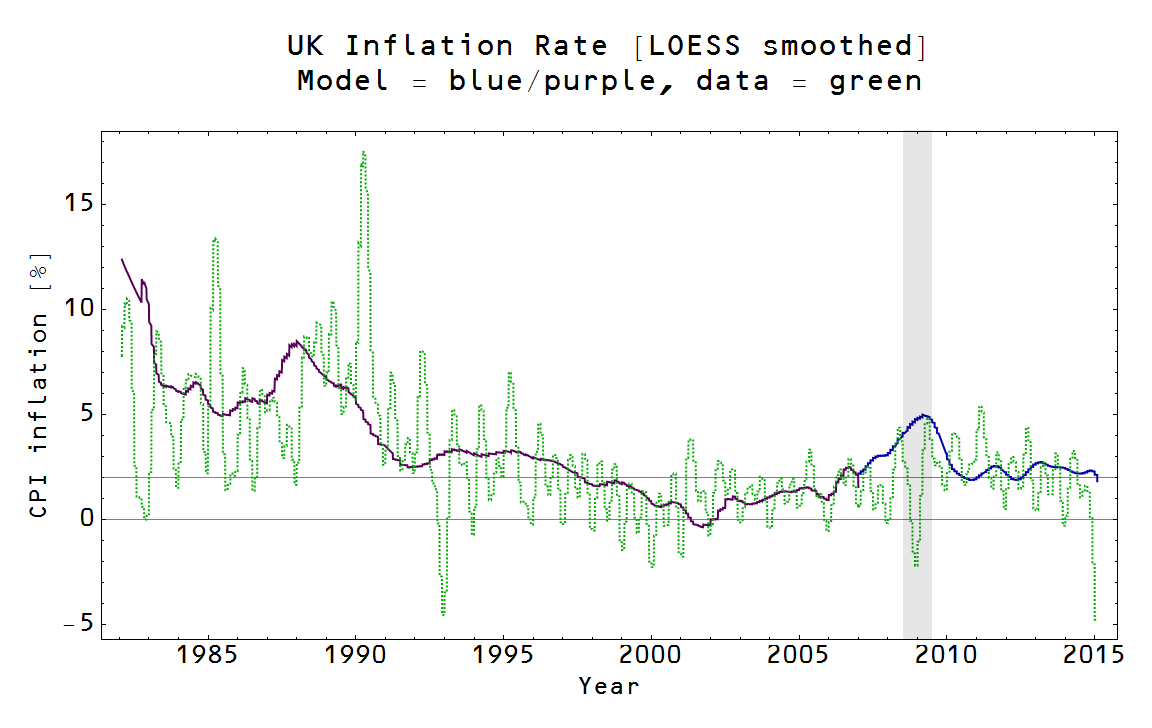