Anyway, here are the updated comparisons of the IT model forecast (from 2014!) with data as well as other models. I like to continue to include the FOMC forecast from 2014 as it not only has been completely defeated by the IT model, but it is especially funny because core PCE inflation is a) one of the FOMC's key indicators, and b) ostensibly something under the FOMC's control.

There is still a dead heat in the head-to-head with the FRB NY DSGE model, with the IT model still a touch better (and starting a quarter earlier).

David Beckworth's "corridor model" seems like it should have predicted QE4 at the beginning of 2015 -- or at least no rate hike at the end! But like all market monetarist models, I can't actually use this model to make predictions (see here or here) -- only David Beckworth can interpret it. 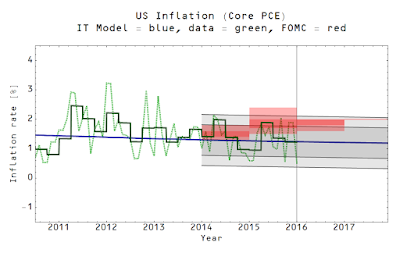 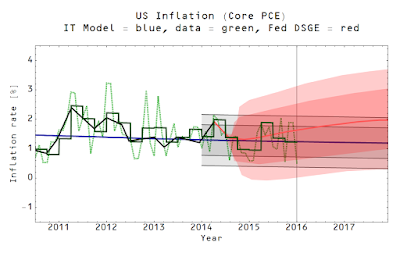 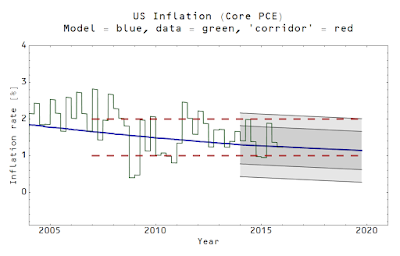