More on the Great Depression

Anyway, I grabbed the FRED series A08170USA175NNBR (non-agricultural employment 1900-1943) and tested the model that nominal shocks were proportional to labor supply shocks (that I talked about in this post) 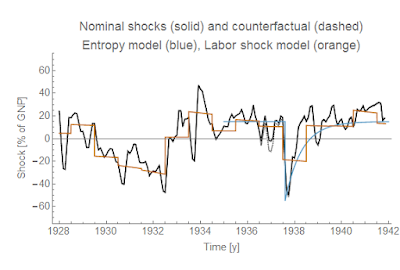 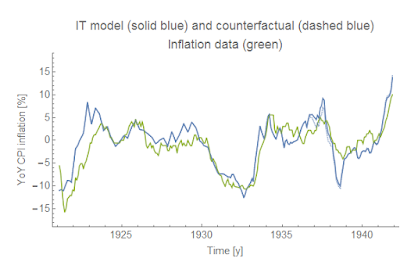 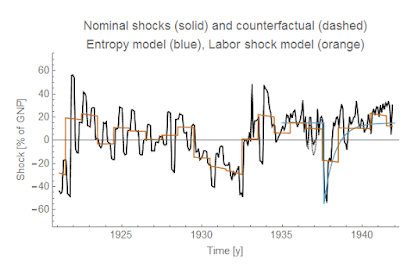 And here is the interest rate model (from the paper) using the 3-month secondary market rate (solid) as well as data form measuringworth.com (dotted): 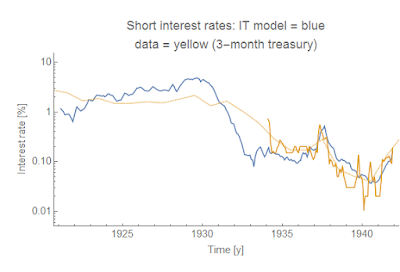 Here's a graph of that more recent effective rise in interest rates: 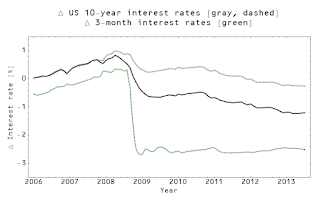 And the tightening by the Fed started happening as early as the 1920s, much like the Fed tightening starting in the mid-2000s.

I finally found a source for this this older data and was able to make some better graphs (instead of a cheesy overlay) in both log and linear scales: 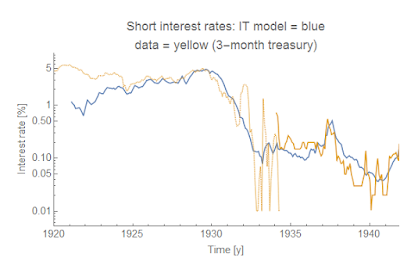 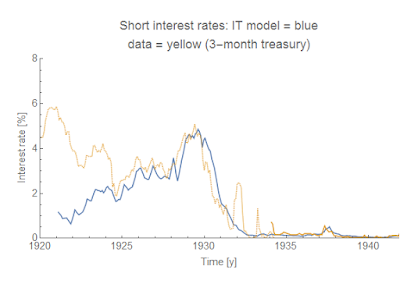 
I did find some data from here that I've overlaid on the interest rate model graph above: 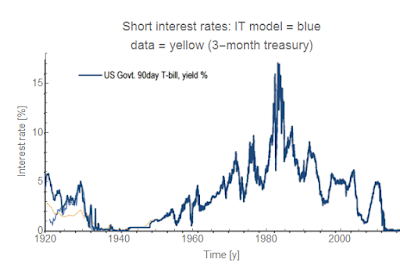 And here's a zoom in on the relevant piece: 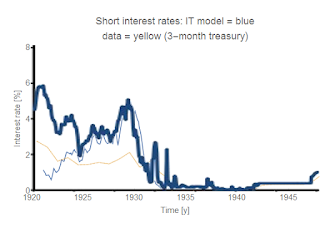 What is interesting to me is the piece where the interest rate exactly follows the rising segment of the model output from about 1925 to 1929. That's very similar to the result for the years before the Great Recession, albeit at a much steeper rate: 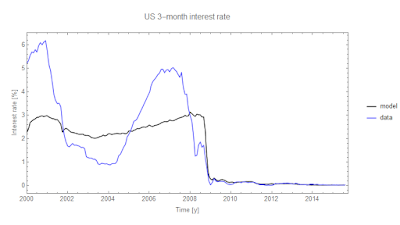 I'm still looking into this, but the avalanche model where the Fed piles snow on the mountain by tightening policy, creating a bubble and raising GDP above its "natural" rate is looking pretty good.
Posted by Jason Smith at 6:00 PM