It's a nice day here in Seattle, but I think I've gotten enough sun for one day so I'm updating some forecasts. Unemployment data came out this week so there's this forecast (I extended the hypothetical recession shock [gray] a bit): 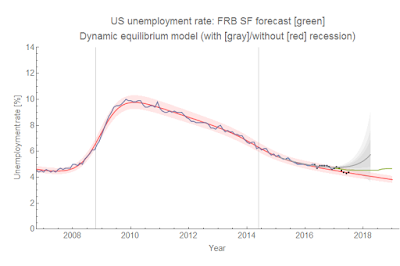 There's another forecast I haven't updated in awhile: the monetary base. There's been an additional Fed interest rate increase to show (it's now the level labeled C'''): 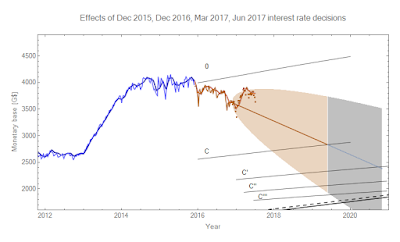 One thing to note with this forecast is that I'm trying to understand the process of reaching information equilibrium. The model doesn't actually tell us how a new equilibrium is reached, it just tells us what it is. What path do the variables follow? The picture above is just a stochastic linear path, but it's possible it can end up being more complex. We'll figure that out if the random walk with drift fails. And we'll figure out if the model fails if we never head back to C''' (or whatever the interest rate at the time tells us it should be). 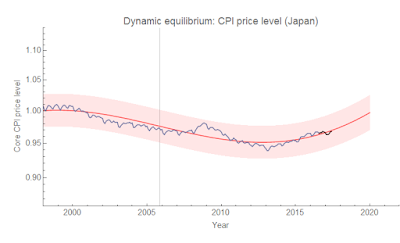 As always, all of the forecasts I track are available at the aggregated prediction link. 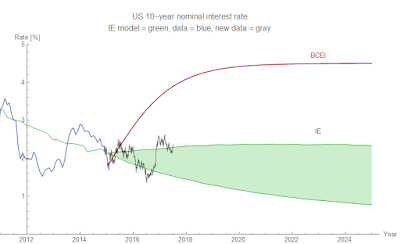 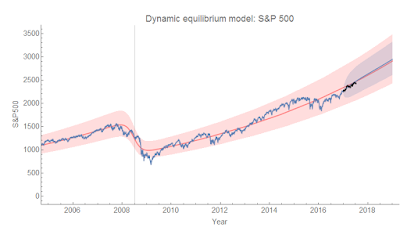 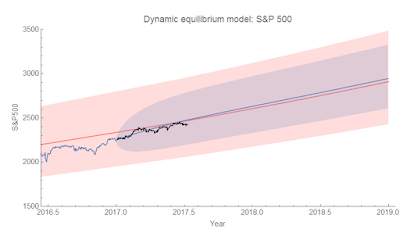