So I made some bold forecasts of the S&P 500 (in January) and the bitcoin exchange rate (in May) using the dynamic equilibrium model. The S&P 500 forecast is doing really well (second graph is a zoom in on the first):

In the bitcoin forecast, I made a bold claim about a turnaround in the price — and the turnaround came and was well-described by the model: 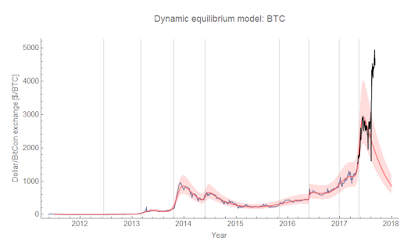 However it was followed by a shock (centered in early to mid August). This shock is of the typical size in the historical data (best seen in the logarithmic scale graph): 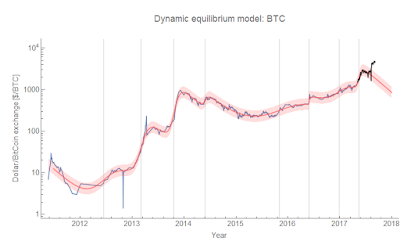 It's a bit clearer if we zoom in. The forecast worked remarkably well for the data up until the bitcoin fork on August 1st: 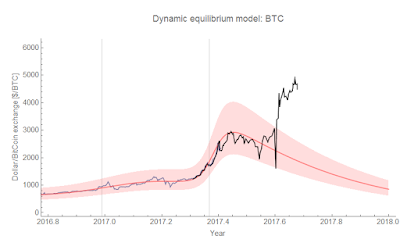 The most recent data looks exactly like a shock centered at 2017.6, or 10 days into August. It's width is about 6 days, so it's perfectly consistent with the August 1st bitcoin "fork". Here is the dynamic equilibrium model fit to the recent data: 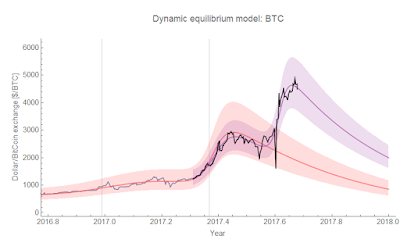 There was no telling how big the fork shock would be using the dynamic equilibrium model, but you could understand the shape.

The Mathematica code for the bitcoin model is up on my Github.

Jupyter notebook/python IEtools code is now available on Github as well. Forecast does not include error in this version, however.