I miss all the good stuff when I'm on vacation. I missed most of the Steve Williamson debate, and now I missed the neo-Fisherite rebellion. The rebellion is linked to secular stagnation and deflationary monetary expansion, to both of which I think the information transfer model lends support. But let me tackle Noah Smith's characterization rather directly. First, here's the characterization:

And here's the tackling (in graph form**): 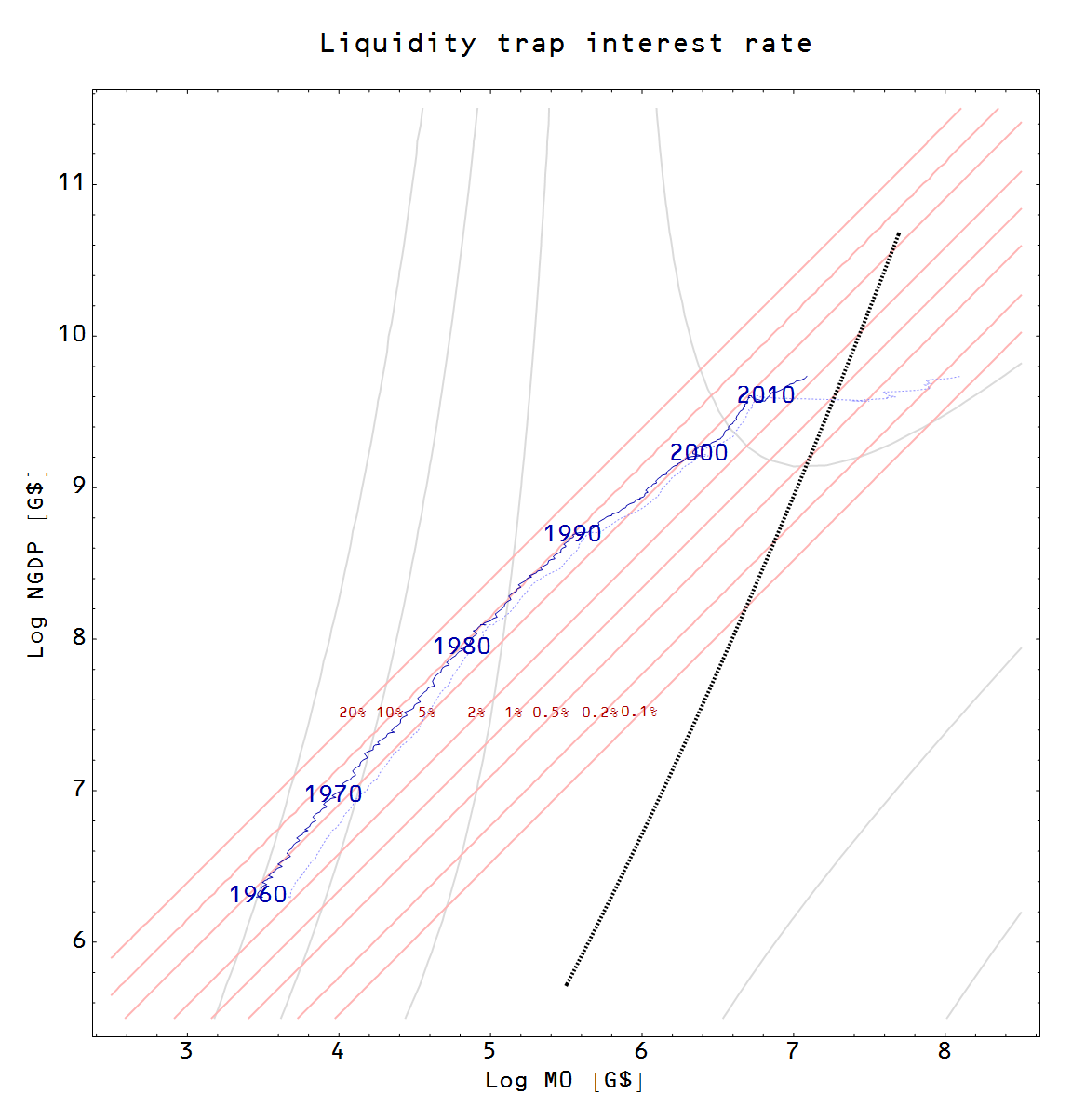 The red lines represent constant interest rates, the black line represents the "information trap"/"liquidity trap" criterion ∂P/∂M0 = 0 (it is the top of a ridge in the price level function P = P(M0, NGDP) that is graphed in 3D here, the gray lines in the graph above are the level curves of that surface). On the left side of the ∂P/∂M0 = 0 line in the graph, the price level has a positive relationship to changes in the monetary base (printing currency causes inflation) but on the right side printing currency causes deflation.

You can see that lower interest rates (red lines in the graph) run into the ∂P/∂M0 = 0 line at a lower monetary base relative to higher interest rates. This is exactly the neo-Fisherite claim! Holding interest rates low runs runs you into low inflation faster than holding rates higher.

Noah Smith also asked for some microfoundations for this effect -- I have them here. It is the competition between the unit of account and medium of exchange functions of money that leads to a diminishing marginal utility of monetary expansion. Eventually there is enough currency to base transactions on and more currency just means each unit is smaller relative to NGDP and doesn't carry as much information.