I promised to look into the implications of Morgan Warstler's "GI/CYB" proposal with the information transfer model. You're probably familiar with him and his style if you're a regular econo-blogger or econo-blogo-commenter. And I must apologize to Warstler for a couple of comments of his that fell in the spam folder (that I fished out).

Fitting the information transfer model to the empirical data (see here) comes up with a system where economic shocks are realized as job losses instead of nominal wage cuts -- the classic sticky wages model. Total employment (E) is roughly constrained by the function P ~ NGDP/E where P is the price level.  Another way to say that is that RGDP/E = constant. This is basically Okun's law.

Morgan's proposal should essentially lead to a system where those shocks should be realized as nominal wage cuts instead of increased unemployment, at least in the simplest version of the model. To that end, I used the information transfer model to come up with the size of those nominal wage cuts. I still assumed total employment was constrained by P ~ NGDP/E. Anyway, here are the nominal wage cuts we would have experienced over the course of the post-war period: 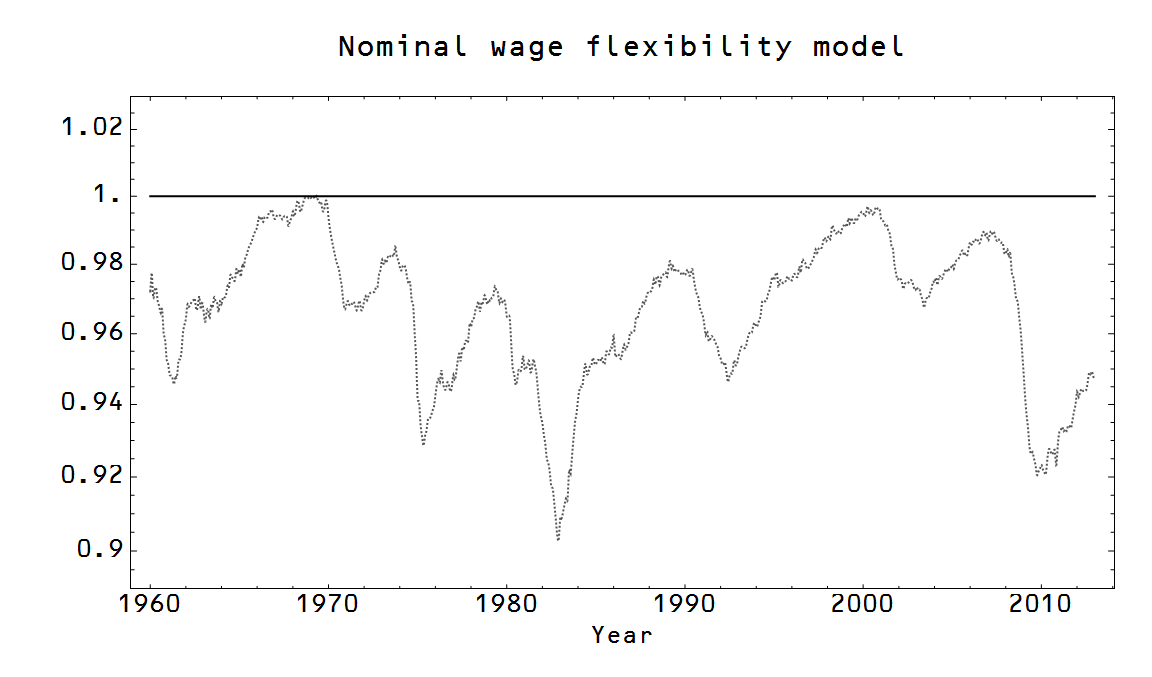 It basically follows through in the math that the level of unemployment converts rather directly into the average size of the nominal pay cut. Instead of the Great Recession unemployment, we all would have all taken a 6% pay cut.
Posted by Jason Smith at 7:15 PM