The effect of expectations in economics


The point of my post was to show that systematic inaccuracy leads to information loss which translates into a negative impact on the economy. However I didn't emphasize enough that it doesn't matter the sign of the inaccuracy -- even over-optimism should lead to information loss and a negative impact on the economy. The systematic high inflation expectations above could lead to sub-par NGDP growth relative to the fundamentals. In fact, ever since inflation reached a peak in the late 1970s in many industrialized countries, people have expected higher inflation than actually occurred and NGDP growth has been lower (I'm not saying this is the correct reason for this; there are many different explanations).

Mark Sadowski linked [pdf] in his comment to a report that showed an impact of expectations of uninformed vs informed consumers based on a recession being "called". Essentially when a recession is called, even if it is just a "red zero" where it could have easily been negative because of random chance (not fundamentals), it creates a disproportionate negative impact on consumer spending by "uninformed consumers". In the information transfer model we'd explain this by saying some subset of the population updated their probabilities of expected growth rate incorrectly, leading to information loss, creating a negative impact on the economy. This is just another example of being incorrectly pessimistic about the fundamentals leading to negative impact.

The interesting cut of the beef, and the one that diverges from mainstream economic thought, is where inaccurate optimism about growth also leads to lower growth. This has particular relevance to monetarist theories purporting that more effective central bank communication could lead to a greater impact of policies such as quantitative easing (even allowing less monetary expansion to achieve the same effect, see e.g. here). Is the sub-par growth in the post-financial crisis period due to expectation of recovery? Maybe. Maybe it's just secular stagnation.

This idea that incorrect expectations lead to a negative impact regardless if they are positive or negative jibes with Milton Friedman's "plucking model" where there is a natural path of e.g. NGDP and deviations are all negative deviations. 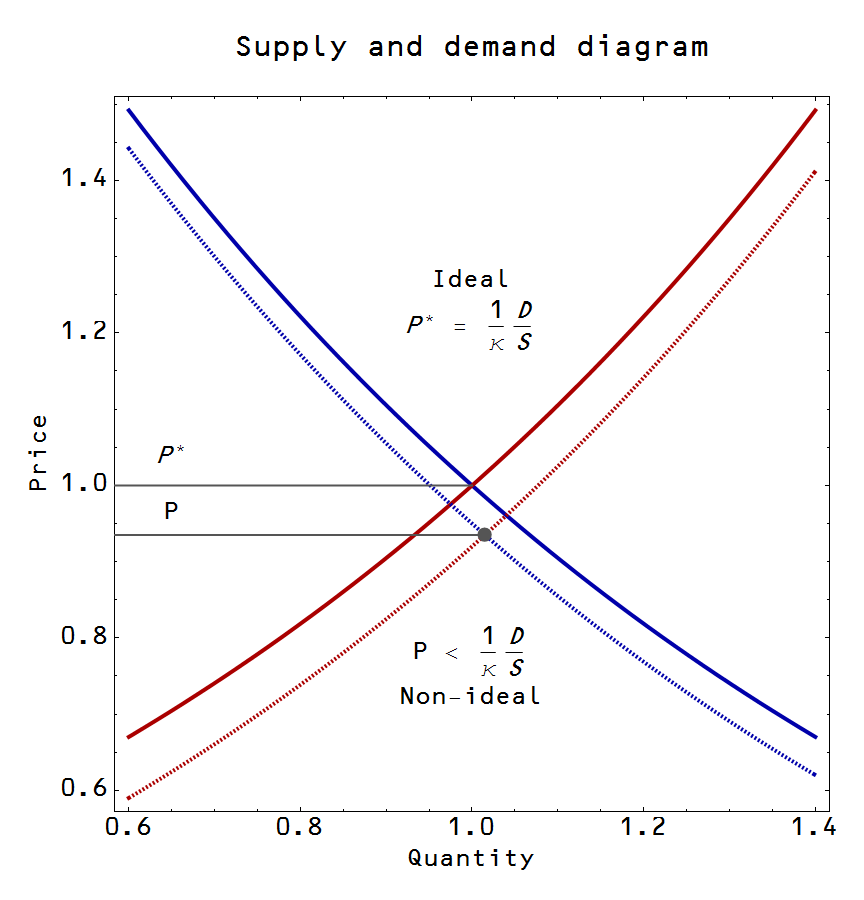 In the earlier post on expectations, I showed a plot of the information loss due to assuming an incorrect probability distribution. I want to connect that graph to the "plucking model" of the short term interest rate. Here is the model calculation (as an upper bound, blue) and the empirical 3-month interest rate (green): 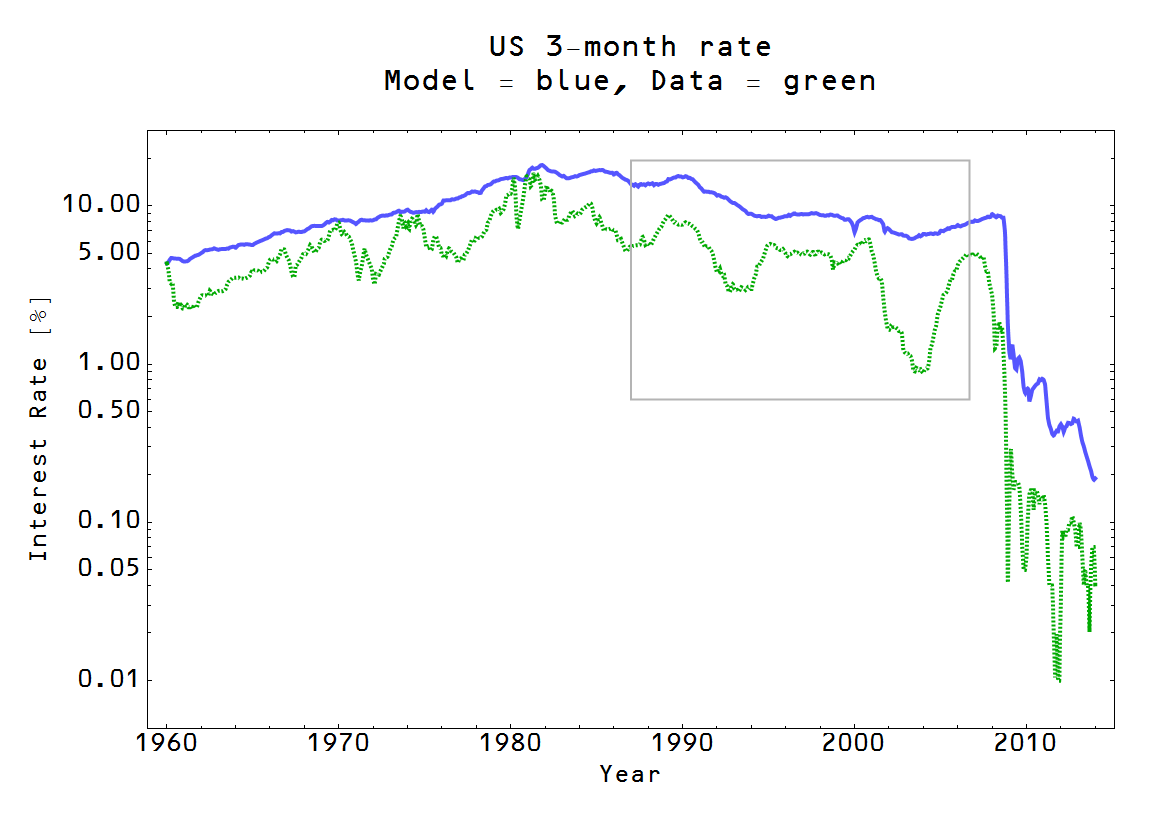 Zooming in on the gray box, and reproducing the graph from the earlier post on expectations, I indicate how the information loss connects to the deviation of the empirical data from the theoretical model assuming ideal information transfer:

In thinking about this while writing this post, maybe the theoretical price should be fit to the empirical data (as is done here) instead of being fit to an upper bound of the empirical data as is done above. This solution would represent the gray "least informative prior" solution running through the data and the blue more accurate expectations would rise above the theoretical curve and the inaccurate expectations would still fall below the theoretical curve. I will update with this version in a follow-up post.
Posted by Jason Smith at 4:58 PM