I have a beef with the use of expectations in economics. They seem to be so powerful as to make them useless as an explanation; they also seem to lack empirical impact where they originally were designed to have an impact.


Here, I am going to describe the role expectations play in the economy using information theory -- it's not diving too deep, mostly just an argument using Shannon information and measuring information loss with the KL divergence.


In this post, I want to show that economic "expectations" generally destroy information unless they are right. I put together some simulations illustrating this point using a relatively simple model. Imagine there are 10 states the economy can be in (think a hidden semi-Markov model). There is a probability distribution that gives the chance it is in one of the state in the next time period, for example, if all states are equally likely, this distribution would be


If the economy was going to be in state #2 with 100% probability, then it looks like this:

In the following, I actually show the negative of the KL divergence (partially because I accidentally did it that way and am too lazy to change it, and partially because it emphasizes that we are looking at information loss). 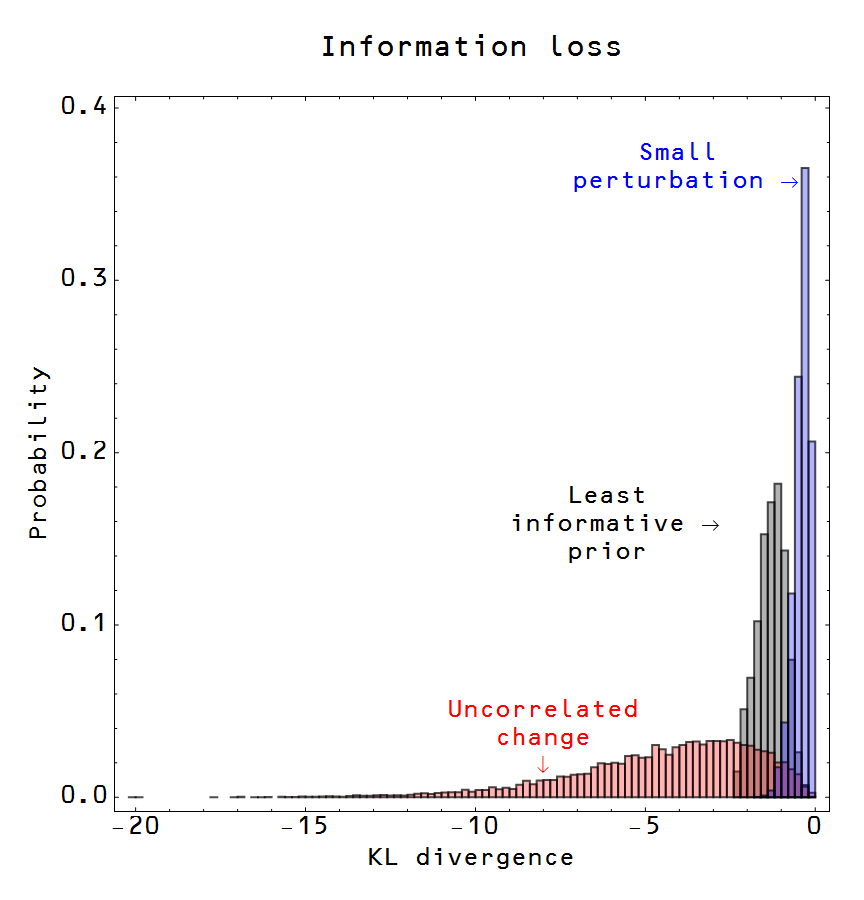 We can see that if there aren't any big changes in the distribution (the small perturbation, blue), the information loss is minimal. If there are big changes (the new distribution is uncorrelated, red) then information loss is not only large, but has a long tail. Interestingly, the least informative prior (gray) is not only in the middle of these, but doesn't have much of a tail (there is a sharp cut-off). You'd imagine the blue histogram showing the typical case where past performance gives an indication of future performance, with only small deviations. The red histogram shows what it's like if you're wrong about the future.


When people are especially bad at predicting the future, you not only get massive information loss on average, but there is a long tail of even greater loss (red histogram).


Ah, but, you say, if you kind of know what you are talking about (you're able to predict the future), then you can do better than the least informative prior. That's why I have this next graph: it shows that the ability to do better than the least informative prior is very sensitive to how wrong you are -- you only need to be a little bit wrong for the tail risk to be a serious negative impact on your average performance. I plot the histograms for a 10% perturbation (used in the graph above) up to a 40% perturbation (in the last one, I show the 100% perturbation from the graph above in red): 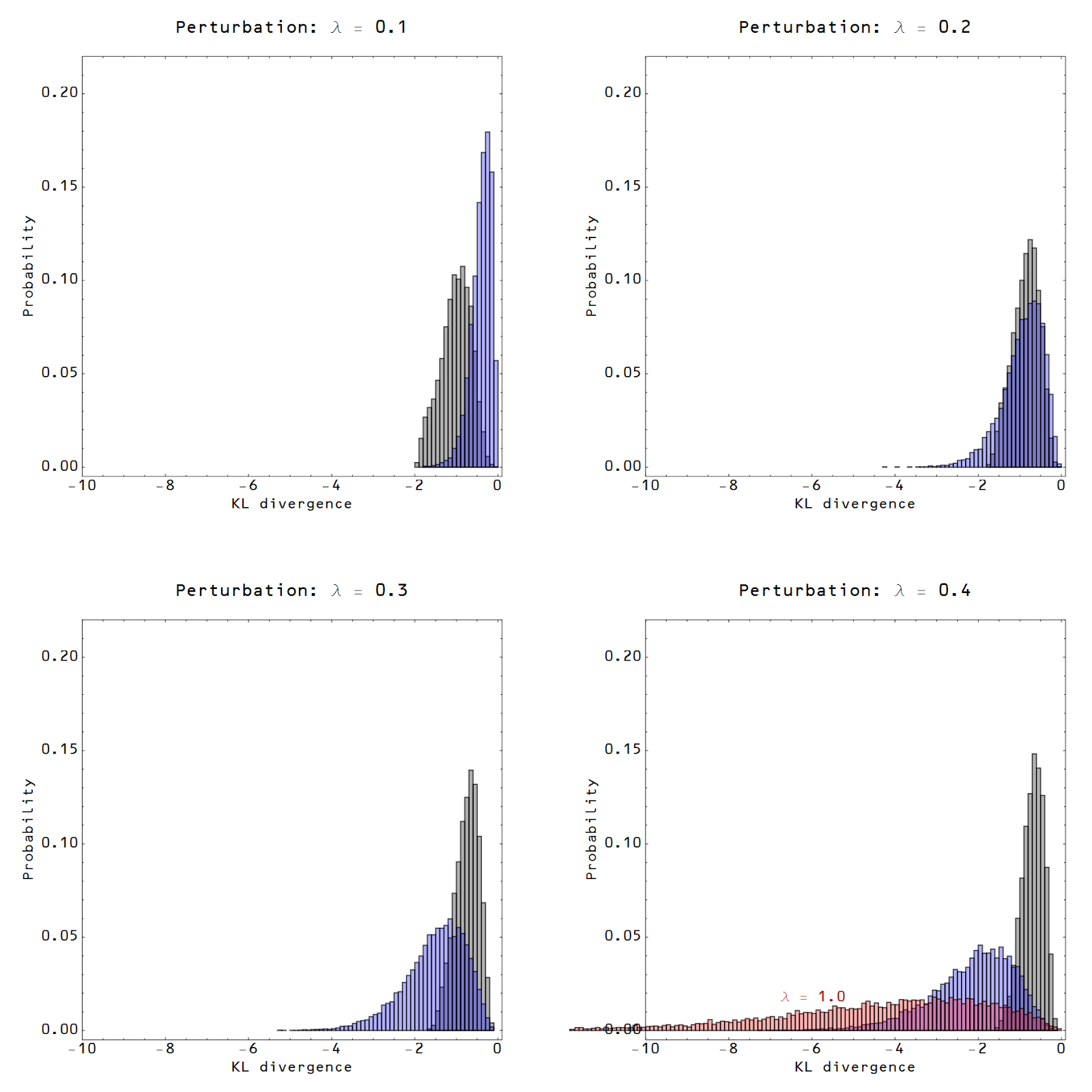 The takeaway is that you basically always have to be right otherwise the potential losses from being wrong will add up and cause you to lose more information than the least informative prior over time.

Ah, but, you say, wouldn't an expectation based on the information transfer model give you at least some capability to predict the future -- contradicting your assertion that people are bad at predicting the future? Nope. The information transfer model is built on the least informative prior -- you are assuming maximum ignorance about the future, that is to say, you are assuming as much ignorance about the future as I am claiming people are already in possession of! That is to say, maximum ignorance.
Posted by Jason Smith at 6:31 PM